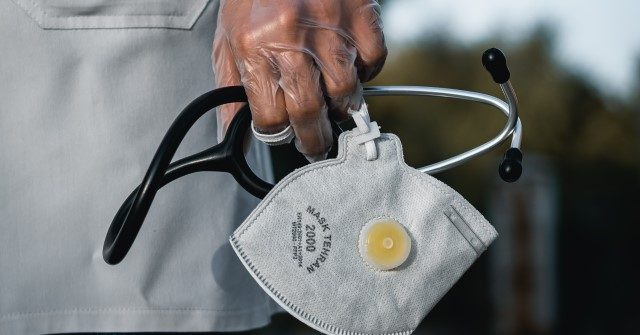 For many years, Alicia Kowalczyk viewed Blue Cross Blue Shield as her last job before she retired, and she loved working there.

However, when the company’s vaccine policy clashed with her beliefs, she had to make a choice, MLive.com reported Friday.

“I’m supposed to be a safety net for [my kids,]” she told the outlet. “I have to choose between my livelihood and the insurance and all of that or going through a medical procedure that I 100% don’t agree with.”

The federal vaccine mandate affecting businesses with 100 or more workers caused problems before it was enforced.

On January 13, the U.S. Supreme Court struck down the rule for businesses but upheld the healthcare mandate.

Many Michigan business owners felt relieved they did not have to enforce the mandate, but others already moved forward with it, the MLive.com report continued:

Kowalczyk, who is of Native American descent of the Woodland Indians, said she chose not to get the COVID-19 vaccine because of her religious beliefs. She’s among the 250 Blue Cross Blue Shield of Michigan employees who were terminated on January 5 for not complying with the company’s vaccination deadline.

Under the proposed federal mandate, the insurance company was considered a federal contractor and therefore did not offer a testing option. The company states 1,900 unvaccinated employees received a religious exemption or chose to get the vaccine after being informed of the policy in October.

Now, over 170 terminated insurance employees denied a religious exemption, such as Kowalczyk, have joined forces to take legal action against the company, and attorney Noah Hurwitz is representing them.

Hurwitz explained the lawsuit depended on the company challenging the sincerity of the workers’ beliefs. However, his clients were confident they could prove it.

In November, employees who filed a religious exemption request were interviewed to find out the depth of sincerity regarding their beliefs.

Kowalczyk described it as “an interrogation” with “absolutely no warm and fuzzies.”

The process of having his faith questioned was hard for Bill Agee, but failing to meet the criteria was even worse.

He is a former team leader for inventory at the company, and given his former years as a pastor, he felt shocked after the denial and asked to view the criteria.

The answer he received was apparently copied and pasted off the frequently asked questions page, he claimed.

Following the terminations, several unvaccinated workers created a group online to talk about what happened.

Agee noted it was hard to be among the minority because “we’re not just numbers.”

“This is not just 100 people,” Agee continued, adding, “This is 100 families in Michigan that are being affected by this, having had no pay three weeks before Christmas and being relieved of our job.”

Meanwhile, a plurality of Americans believes President Joe Biden went “too far” when trying to get citizens vaccinated against the coronavirus, according to a recent CBS News/YouGov survey.

“A plurality, 40 percent, said he went ‘too far,’ while 34 percent said he ‘handled it about right,’ and 26 percent said he did not go ‘far enough,’” Breitbart News reported January 17. 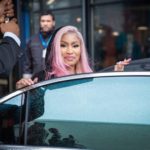 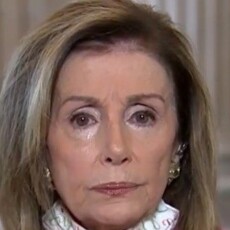