First published by Global Research on May 1, 2009

I confess that many times I have meditated on the dramatic story of John F. Kennedy. It was my fate to live through the era when he was the greatest and most dangerous adversary of the Revolution. It was something that didn’t play a part in his calculations. He saw himself as the representative of a new generation of Americans who were confronting the old-style, dirty politics of men of the sort of Nixon whom he had defeated with a tremendous display of political talent.

He had behind him his history as a combatant in the Pacific and of his adroit pen.

Because he was over-confident, he was dragged into the Bay of Pigs adventure by his predecessors, since he had no doubts about the experience and professional capacity of all those men. His failure was bitter and unexpected, a scant three months after his inauguration. Even though he was on the point of attacking the Island with his country’s powerful and sophisticated weaponry, on that occasion he didn’t do what Nixon would have done: use the fighter-bombers and land the Marines. Rivers of blood would have flowed in our Homeland where hundreds of thousands of combatants were ready to die. He controlled himself and came up with a categorical phrase that is hard to forget: “Victory has a thousand fathers, but defeat is an orphan.”

His life continued to be dramatic, like a shadow that accompanied him at all times. On the strength of wounded pride, he again succumbed to the idea of invading us. This brought on the October [Missile] Crisis and the most serious risks of thermonuclear warfare that the world has ever known until the present day. He emerged from this test as an authority thanks to the mistakes of his chief adversary. He seriously wanted to talk with Cuba and that’s what he decided to do. He sent Jean Daniel to talk with me and return to Washington. His mission was being carried out at that moment when the news of President Kennedy’s assassination arrived. His death and the strange way in which it was orchestrated and carried out, was truly sad.

Later I met close family members who visited Cuba. I never mentioned the unpleasant aspects of his policy against our country, nor did I refer at all to the attempts to eliminate me. I met his son when he was an adult, who had been a young child when his father had been the president of the United States. We got together as friends. His own brother Robert was also assassinated, multiplying the drama shadowing that family.

At the distance of so many years, information arrived about a gesture that impressed me.

These days, while so much was being said about the lengthy and unfair blockade of Cuba in the upper echelons of the continent’s countries, I read a news item in Mexico’s La Jornada: “At the end of 1963, the then Attorney General Robert F. Kennedy sought to overturn the ban on travel to Cuba and today his daughter, Kathleen Kennedy Townsend, wrote that President Barack Obama ought to take this into account and support legislative initiatives that would allow all Americans to travel to the island.

“In official documents declassified by the National Security Archive research centre it is recorded that on December 12, 1963, less than one month after the assassination of John F. Kennedy, Attorney General Robert F. Kennedy sent a communication to Secretary of State Dean Rusk, urging the removal of regulations prohibiting Americans from traveling to Cuba.

“That position was unsuccessful inside the Lyndon B. Johnson administration and the State Department decided that to suspend the restrictions would be perceived as a softening of the Cuban policy and that they were part of the joint effort made by the United States and other American republics to isolate Cuba.

“In an editorial article by Kathleen Kennedy printed today in The Washington Post, Robert’s daughter expresses her wish that her father’s position be adopted by the Barack Obama government, and that this should be the position promoted by Attorney General Eric H. Holder Jr. while the Obama government weighs the next step it will take with Cuba, one that should be pushing for allowing more than just Cuban-Americans to travel freely to the island and dealing with the rights of all Americans, most of whom are not free to go.

“Kathleen Kennedy writes that just as Obama found out at the summit meeting last week-end, Latin American leaders have adopted a coordinated message on Cuba: the time is here to normalize relations with Havana. By keeping on trying to isolate Cuba, they essentially told Obama, Washington has only succeeded in isolating itself.

“Thus, the niece of the president who attempted to invade and overthrow the Cuban Revolutionary government and impose the blockade, adds her voice now to the ever-growing chorus in favor of reversing these policies which were put in place half a century ago.”

A worthy article by Kathleen Kennedy! 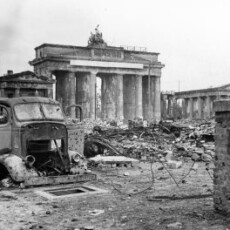 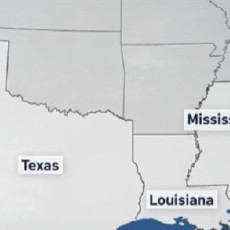