ATLANTA (DOJ) – Larry Edward Foxworth has been charged with two counts of committing a federal hate crime and discharging a firearm in furtherance of a crime of violence for repeatedly firing a pistol into two convenience stores last summer near his home in an attempt to kill victims based on their race, color or national origin.

“No person should be afraid to shop or go to work in our community. Nor should people have to worry that they may be violently attacked because of the color of their skin,” said U.S. Attorney Ryan K. Buchanan. “Combatting hate crimes continues to be among the Department of Justice’s top priorities. In this district, allegations of criminal activity fueled by hate and racism will always merit our full attention.”

“Hate-fueled violence has no place in a civilized society,” said Assistant Attorney General Kristen Clarke of the Justice Department’s Civil Rights Division. “Thankfully no one was injured by the conduct alleged in this case, but the Justice Department is committed to using all the tools in our law enforcement arsenal to prosecute allegations of hate crimes.”

“Hate crimes are the top priority of the FBI’s Civil Rights Program, due to the damaging impact they have on victims and entire communities,” said Keri Farley, Special Agent in Charge of FBI Atlanta. “This office will use every resource available to ensure that criminals committing bias-motivated violent crimes are held accountable.”

According to U.S. Attorney Buchanan, the indictment, and other information presented in court: Foxworth is charged with repeatedly firing a pistol in an attempt to kill customers and employees of two Jonesboro convenience stores. Although the separate shootings occurred around 2:30 a.m., on July 30, 2021, both stores were open for business. The indictment alleges that Foxworth, who is white, was motivated to shoot into the stores because of the perceived race, color, or national origin of the people inside the stores.

Foxworth is charged with violating the Matthew Shepard-James Byrd Hate Crime Prevention Act. The Act, passed in 2009, makes it a federal crime to willfully cause bodily injury, or attempt to do so using a dangerous weapon, because of the victim’s actual or perceived race, color, religion, or national origin. The Act also extends federal prohibitions to certain other crimes committed because of the actual or perceived race, color, religion, national origin, gender, sexual orientation, gender identity, or disability of the victim.

Larry Edward Foxworth, 48, of Jonesboro, Georgia, was indicted on May 17, 2022. Members of the public are reminded that the indictment only contains charges. 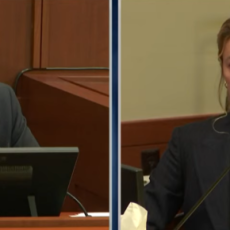 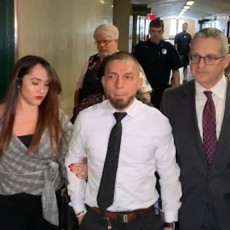 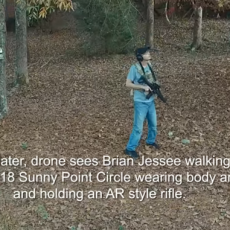