Feds give tens of Million$ to fight COVID ‘disinformation’ & populism

Government efforts to squelch purported misinformation and disinformation on the most contested subjects in American politics don’t stop with Cabinet-level agencies.

The National Science Foundation has awarded at least $39 million in grants and contracts in fiscal years 2021 and 2022 for projects that target misinformation or disinformation, frequently pertaining to COVID-19 and elections.

Two contracts went to anti-misinformation groups for journalists. Hacks/Hackers received $3.7 million with the potential for $2 million more for “expert-informed resources … to address vaccine hesitancy and misinformation.”

Meedan received a $3.2 million contract with the potential for $2.5 million more to develop “fact-checker” and “community collaboration tools” for “combating hate, abuse, and misinformation with minority led partnerships.” It also received a $256,000 grant for “identifying and countering misinformation on closed messaging platforms (COVID-19).”

Both received $5 million grants in the new fiscal year from NSF’s Convergence Accelerator, which “builds upon basic research and discovery to accelerate solutions toward societal impact.”

GWU, a few blocks from the White House, even received $200,000 to “study how populist politicians distorted COVID-19 pandemic health communication” to increase distrust and make citizens “more vulnerable to misinformation generally.” The research will probe “how best to counter these populist narratives” in the U.S., Brazil, Poland and Serbia.

The Department of Homeland Security helped set up the Election Integrity Partnership, a private consortium that includes State’s Global Engagement Center and University of Washington’s Center for an Informed Public, which reported purported election misinformation to tech platforms for removal in the past two cycles.

“It took two and a half centuries for America to build its reputation as the beacon of freedom,” Benz told the “Just the News No Noise” TV show Monday. “And it took about two and a half years to critically undermine that, but it’s not dead.”

If DHS and State are “completely defunded with respect to domestic censorship operations,” including grants and contracts, “you will essentially remove a critical Jenga piece that is underlying the entire economy of the censorship industry,” Benz said.

The ongoing government efforts to “pre-bunk” and silence disfavored narratives stand in contrast with the snowballing collapse of efforts to discredit the authenticity of Hunter Biden’s abandoned laptop.

“At the very least, the American people need to know that Joe Biden blatantly lied about having any knowledge of Hunter’s business dealings, more so he was involved,” the soon-to-be committee chairman said. “If the mainstream media spent more time reporting the facts, I think everyone in America would want a credible investigation of any potential wrongdoing.”

Benz’s group searched the feds’ spending database to come up with 64 universities whose NSF grants substantially deal with misinformation and disinformation, excluding a handful whose keyword matches appear to be trivial. All started during the Biden administration, the earliest in June 2021.

GWU received a whopping $2.7 million to develop “Expert Voices Together,” which will provide “real-time support to experts experiencing online harassment” due to misinformation, starting with journalists and expanding to scientists and public health officials. “Grounded in best practices from trauma-informed care,” it will feature a “community care system” including mental healthcare specialists.

The University of Southern California received $500,000 to develop a “novel machine learning framework” to help social media platforms “eliminate false and misleading content in a timely and effective manner,” thus building a “secure and trustworthy cyberspace.” Machine learning is mentioned in several grants, including $850,000 to the University of Wisconsin for “digitally inoculating viewers” against “misleading graphs,” referring to the “inoculation theory” behind Cat Park.

The University of North Carolina received $450,000 to further test a “reminding technique” that corrects purported misinformation, such as questioning “safe and effective COVID vaccines,” without reinforcing it. “Participants are first being exposed to real and fake internet news story headlines and then learning real news corrections that sometimes appear” after they see fake news.

UNC received another $200,000 to track “electoral candidates’ social media behavior and how voters respond” to understand “how false information travels online during electoral campaigns” and affects “beliefs of average voters.”

Carnegie Mellon received $600,000 to study “contagion processes in networks” and how “public policy measures and … adjusting individuals’ behaviors” can affect them. The project can have a “positive impact on national security” by improving “capability to predict and control spread of antisocial behavior.” The researchers will measure the impact of “different mask-wearing behavior, vaccination status” and “socio-cultural diversity” on contagion dynamics.

NSF did not answer Just the News queries to explain how the $39 million in awards doesn’t put a federal thumb on the scales of democratic public debates by outsourcing unconstitutional activities to sympathetic third parties.

“Many polls have noted that a majority of Americans agree that misinformation is a significant problem and the UW is proud of the work researchers here are doing to help improve our understanding of how rumors, conspiracy theories and misleading claims spread on various information and social media platforms,” Balta wrote in an email. “Researchers’ funding sources and reports on their work are openly available to the public.”

The other three largest grant recipients, and two contract awardees, did not respond to queries about their work potentially squelching challenges to government claims. 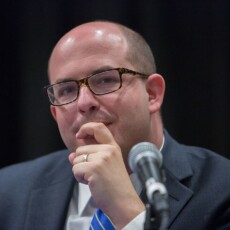 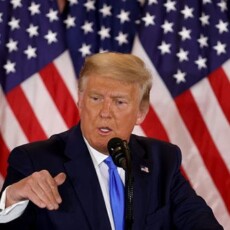 Donald Trump: I Will Fight on for ‘Integrity of Our Entire Election Process’ 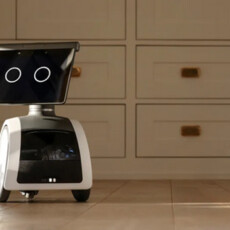 The Scary New Robot Amazon Wants To Patrol Your Home