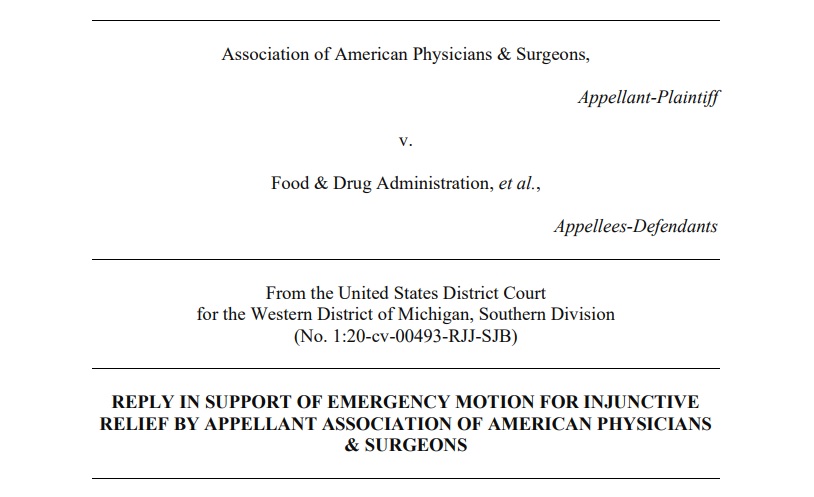 In a brief filed Sep 1 in its case demanding that the U.S. Food and Drug Administration (FDA) release the hydroxychloroquine (HCQ) in the Strategic National Stockpile (SNS) for public use, the Association of American Physicians & Surgeons (AAPS) writes:

“[Defendants] care more about their power over the HCQ Stockpile than the lives being lost daily without access to it: ‘the injunction plaintiff seeks would irreversibly overturn the status quo, by compelling the government to disburse the hydroxychloroquine in the Stockpile—a step that, once taken, cannot be undone.’”

AAPS points out that “it is the loss of life that ‘cannot be undone,’ while pills in a stockpile can be easily replenished by Defendants.”

AAPS asserts in its brief that FDA has tacitly conceded that:

The FDA has argued that its decisions are not reviewable by a federal court. AAPS writes: “Under Defendants’ view they could dump the entire HCQ Stockpile into the Potomac River and there would be no legal accountability.”

AAPS asks the Sixth Circuit Court of Appeals to enjoin FDA “to make available and distribute promptly, and for the benefit of the public holding valid prescriptions, the HCQ being stored in the SNS [Strategic National Stockpile].”

AAPS has represented physicians of all specialties in all states since 1943. The AAPS motto is omnia pro aegroto, meaning everything for the patient. 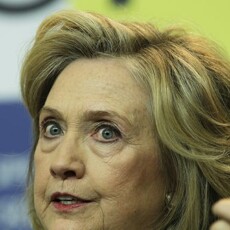 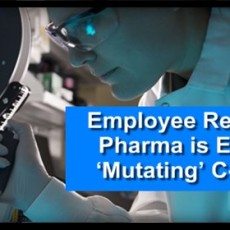