FBI: 80% of Anti-Govt ‘Domestic Terror’ Cases Just so Happen to be ‘MAGA-Related’

The FBI wants Americans to know they’re not “partisan per se,” it just so happens they’ve found themselves investigating “mostly MAGA and related political activity as domestic terrorism.”

From Newsweek, “FBI Ramps Up Spending to Fight MAGA Terrorism”:

The FBI is conducting three times as many domestic terrorism investigations than it was five years ago, with 70 percent of its open cases focused on “civil unrest” and anti-government activity, according to FBI documents and government specialists. […]

The FBI considers all violent acts (and threats of violence) with a political motive to be terrorism, a senior government official explains to Newsweek. […]

According to internal FBI numbers obtained by Newsweek, “Racially or Ethnically Motivated Violent Extremism” was considered the prime threat (and dominated investigations) before January 6. Since then, anti-government, “anti-authority” and civil unrest cases have taken over as the number one threat, making up almost 90 percent of all investigations.

“A hate crime is targeted violence motivated by the offender’s bias against a person’s actual or perceived characteristics,” said an FBI report issued in October, “while a DT [domestic terrorism] incident involves acts dangerous to human life that are in violation of criminal laws and in furtherance of a social or political goal.” As the number of cases involving politics has expanded, the FBI has doubled the number of agents working on the subject.

“It’s not because the FBI is partisan, but more because society … and Washington remains obsessed with January 6 and Donald Trump,” says the senior government official. “It doesn’t matter whether the activity is left or right, anti-Biden or anti-Trump,” the official says. “That’s the pool of suspected terrorists. In other words, the focus now is political terrorism.”

Of 2,700 open cases, where an individual or group of individuals has been designated domestic terrorists by the FBI, almost a third relate to the 2021 riot at the U.S. Capitol or subsequent political activity connected to it. Since then, the counter-terrorism agencies have also focused on the transnational links of domestic individuals and groups—an approach that provides the intelligence agencies more authority to conduct surveillance and intrusive collection of information.

The FBI has limited resources but they’re spending nearly all of them on prosecuting their political opposition and jailing Trump supporters who walked through the Capitol on Jan 6.

Domestic terrorism investigations are being conducted in all fifty states and in all 56 FBI field offices, the FBI says, with more than double the number of investigators assigned to domestic terrorism work since January 6. FBI Director Christopher Wray testified before the Senate Homeland Security and Governmental Affairs Committee on November 17, discussing the number of open cases and what the FBI labels “domestic violent extremism.”

[…] In March 2021, Wray said that the number of domestic terrorism investigations grew from around 1,000 when he became FBI director in 2017 to about 1,400 at the end of 2020. With the riot on January 6, that number doubled by March 2022. “We’ve surged personnel …” Wray said this year, “more than doubling the number of people working that threat from a year before.”

In mid-2021, the Biden administration issued a new National Strategy for Countering Domestic Terrorism and the Department of Homeland Security conducted its own Counterterrorism and Targeted Violence Posture Review. While most of the homeland security agencies are focused on international (or foreign-inspired) terrorism, DHS is also the primary government agency charged with protecting “critical infrastructure” including election systems, even those in private hands. 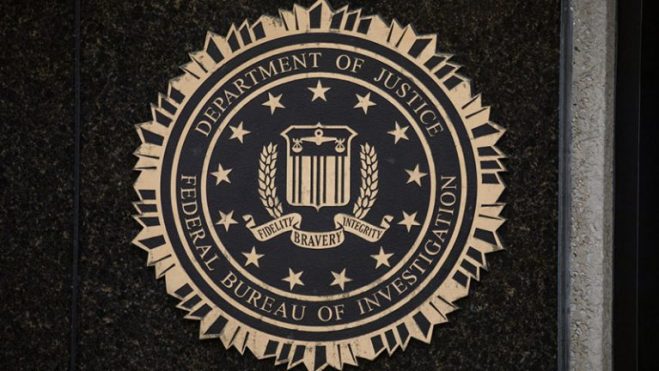 FBI Held ‘Weekly Meetings’ With Big Tech Ahead of 2020 Election, ‘Sent Lists of URLs and Accounts’ to be Censored 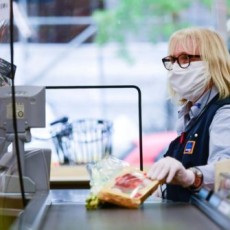