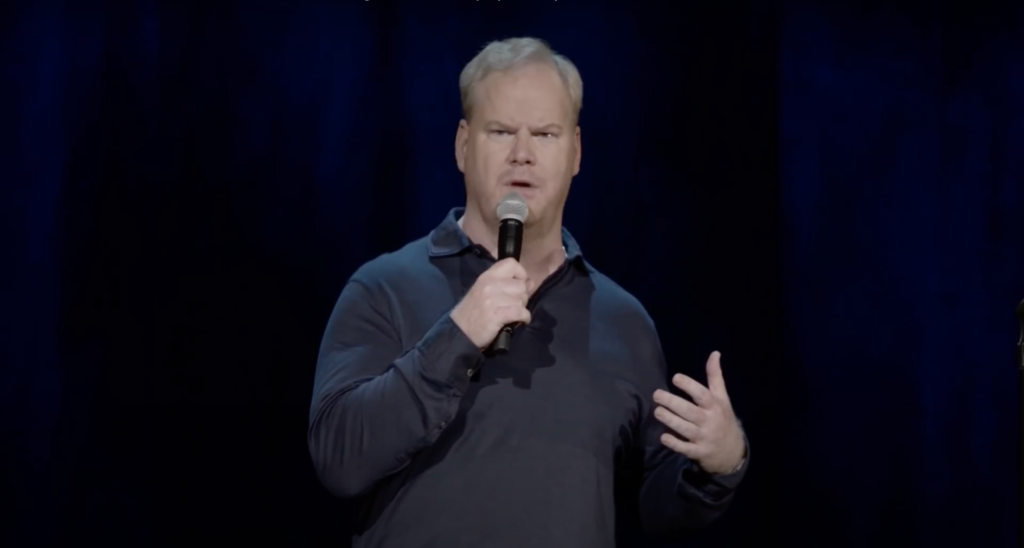 Jim Gaffigan’s arc is best expressed in two headlines. The first, from a Daily Beast story last August: “Why Jim Gaffigan Would Rather Joke About Brain Tumors Than Trump.” The second? A Daily Beast headline from today, exactly one year later: “Famously Apolitical Jim Gaffigan Finally Loses It Over Trump.”

“Look,” the comedian said in 2019. “I’m a doughy white guy. So I learned when I talk about politics, it makes people uncomfortable.”

“I would say I’m very left-leaning, but I have too much self-doubt,” he told the Beast. “I change opinions on political things. Not on like, Trump. I love having discussions about it, but I’m always learning. So I don’t want to grab some soap box on a certain issue if there might be nuances to it.”

Trump literally ran Paul Ryan out of politics. Why? Paul Ryan knew Trump was poison. So does Romney. Trump is not a conservative or even a Republican. You know that. You know Barr is dirty. You know if Trump gets re-elected it’s over. How many books have to be written?

You know Trump just creates enemies. You know you can’t trust him. You know he been incompetent during this crisis. You know all those people didn’t need to die. Trump talks about the Space Program and you can’t safely go to a movie. Wake up

Remember everything Trump accuses the Democrats of he’s guilt of. Dont let the socialist name calling distract you from the fact he is a fascist who has no belief in law.

As the Republican National Convention ended on Thursday, Gaffigan went on a 16-tweet tear against Trump and the GOP, calling the president a “crook,” “liar,” “criminal,” “fascist,” “con man,” and “thief.” He also tweeted “F-ck Lou Holtz,” called Jared Kushner a “douche bag,” said Attorney General Bill Barr is “dirty,” ripped into arguments that Joe Biden is a radical, and claimed Fox News is “biased and full of loons.”

“Look Trumpers I get it,” Gaffigan began. “As a kid I was a cubs fan and I know you stick by your team no matter what but he’s a traitor and a con man who doesn’t care about you. Deep down you know it. I’m sure you enjoy pissing people off but you know Trump is a liar and a criminal.”

Heading to bed but remember
– If you want to sound crazy please tell me about THE DEEP STATE.
– To sound stupid please be against CANCEL CULTURE but then accuse anyone with an opinion of Virtue signaling.
– Trump Derangement Syndrome is meant to distract from the con of Don

Gaffigan preemptively addressed criticisms he was “virtue signaling” or hurting his career. “[T]o those of you who think Im destroying my career wake up. if trump gets elected, the economy will never come back,” he wrote, later adding, “I dont give a f-ck if anyone thinks this is virtue signaling or whatever. We need to wake up. We need to call trump the con man and thief that he is.”

Clearly Gaffigan is under no illusion that it’s good for business to alienate Trump supporters. He’s one of many people on the left who genuinely believe it’s Biden or bust. The president himself said in his Thursday speech that Biden would “destroy the American way of life.” In 2020, both sides are running in the Flight 93 Election.

The key here isn’t that Gaffigan is another anti-Trump celebrity. It’s that he took on the president’s supporters as well. “You know he lies. Constantly. Yet you dont care? What because he insults people that make you and me feel dumb?” Gaffigan tweeted.

“I’m sure you enjoy pissing people off but you know Trump is a liar and a criminal,” he said as well, later adding, “Don’t you know history will make you the fool.”

Before beginning his posting spree, Gaffigan tweeted, “excuse me while I treat myself to confronting some -sshole trolls…” His tweets were addressed broadly to “Trumpers,” contending the president’s supporters are either ignorant, naive, or cynical.

The Daily Beast is right to describe Gaffigan as “famously apolitical.” His comedy has historically offered a kind of everyman escapism from hard-edged political acts, helping him build a broad audience. Politics has just never been his thing.

Whether it ends up in his act, Gaffigan’s shift towards anti-Trump politics will surely disappoint a lot of his fans, many of whom are conservative, and many of whom presumably just don’t want to hear his political beliefs. If it does end up in his act, however, Gaffigan would rankle his audience partially because it includes Trump supporters, but also because it includes a lot of people who love his work because Gaffigan is one of the few top comedians who avoids politics and talks about Hot Pockets instead.

Most conservative consumers are extremely used to disagreeing with their favorite entertainers. Some are even fine with being demeaned by them. But Gaffigan didn’t just condemn Donald Trump. He jumped on the bandwagon and condemned Trump’s supporters. For his fanbase, that distinction will matter a lot.

Report: Joe Manchin May Become an Independent After White House Accuses Him of Disloyalty 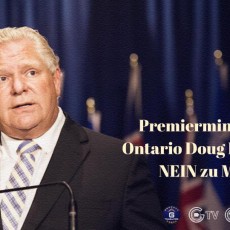