Changing Climate is the farmer’s work tool to produce your food.

The teacher who refused to turn on a school AC on a hot day to protect the environment (C -M, Nov 24), needs dismissing for low intelligence, my grandparents often spoke of extreme climatic conditions as told to them by their parents and during their lives. Australia has experienced about 24 major droughts since 1803 and a 23-year mega-drought between 1500 and 1522, and 7 lesser droughts.  Clearly history should be a compulsory subject.

I love a sunburnt country,
A land of sweeping plains,
Of ragged mountain ranges,
Of droughts and flooding rains.
I love her far horizons,
I love her jewel-sea,
Her beauty and her terror –
The wide brown land for me!

Climate changes did not just start in recent times (Noah’s flood, the Murray River dried up in 1915), climatic extremes recorded going back to 1AD are on the net.  If you want to know about climate change talk to a farmer the changing climate are their tools of trade they work with to produce our food, If you want theoretical baloney talk to others. 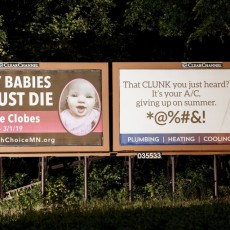 Trump about to set up his own social media platform