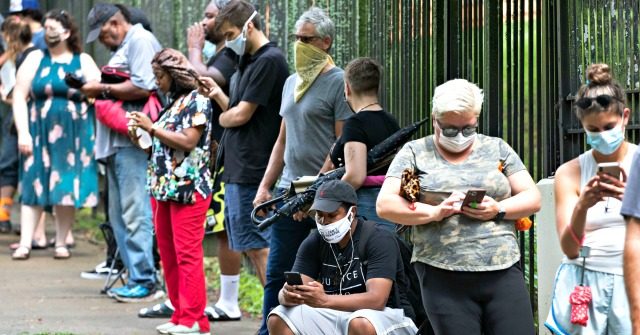 CLAIM: Atlanta Mayor Keisha Lance Bottoms (D) suggested that the GOP is using the Chinese coronavirus pandemic to “spread misinformation and interfere with voting,” forcing many to “risk their lives” to exercise their right to vote.

VERDICT: False. Members of the GOP have warned of the increased potential of fraud — which has been well-documented — when it comes to mass mail-in voting. Regardless, some reports indicate that the majority of Americans will be able to vote by mail in the upcoming election.

That aside, Americans are not risking their lives to vote, as even Dr. Anthony Fauci, who indicated he would vote in person, stated that there is virtually “no reason why we shouldn’t be able to vote, in person or otherwise” this year.

Furthermore, in-person voting was put to the test in Wisconsin’s April 7 primary, where over 400,000 voters headed to the polls. Only 52 later tested positive for the novel coronavirus, and “Wisconsin officials are not certain that those individuals — none of whom have died — contracted the virus at polling stations on Election Day,” as Breitbart News detailed.

Bottoms spoke of the late Rep. John Lewis (D-GA) and told the virtual audience that he reminded Americans “that if we fail to exercise our right to vote, we can lose it.”

“There are those who are disgracefully using this pandemic to spread misinformation and interfere with voting, forcing many in 2020 to still risk their lives to exercise their sacred right to vote — a right that has already been paid for with the blood, sweat, tears, and lives of so many,” Bottoms said.

“So let’s stand up for our children, our children’s children, and for this great democracy that our ancestors worked to build, and let’s vote. And let’s organize to get others to vote with us,” she added.

Bottoms’ inference that the GOP is spreading misinformation and causing Americans to, quite literally, risk their lives to vote, is not rooted in fact. Breitbart News has continued to document the realities of increased error and fraud surrounding mass mail-in voting. Even WRDW in Philadelphia conducted its own test with “mock ballots,” which exposed the flaws in the system.

“Only 97 percent of the ballots arrived. Three percent were missing, leading Dokoupil to declare those mock voters were ‘disenfranchised by mail,” as Breitbart News reported.

That aside, there is no evidence that Americans will be risking their lives by voting in person. Over 400,000 individuals voted in the Wisconsin April 7 primary, in the midst of the pandemic. Only 52 of individuals who were at the polls, either voting or working the locations, later tested positive for the virus, and state health officials revealed that several of those people indicated other ways they could have contracted the virus.

“At best, then, the infection rate amounts to approximately 0.013% of those who voted in person with a 0.00% fatality rate,”
as Breitbart News reported at the time.

Even Dr. Anthony Fauci, member of the White House Coronavirus Task Force, stated that there is “no reason” why Americans should not be able to vote in person this election.

“I think if carefully done according to the guidelines, there’s no reason that I can see why that not be the case,” the director of the National Institute of Allergy and Infectious Diseases told National Geographic in a recent interview.

For example, when you look at going to a grocery store now in many regions and counties and cities that are doing it correctly, they have “X”s every six or more feet. And it says, Don’t leave this spot until the person in front of you left their spot. And you can do that, if you go and wear a mask, if you observe the physical distancing, and don’t have a crowded situation, there’s no reason why you shouldn’t be able to do that.

Fauci ultimately said there is “no reason why we shouldn’t be able to vote in person or otherwise.” 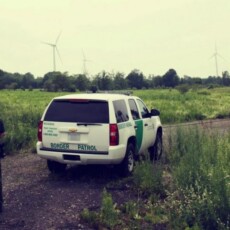