A man who addressed the “Justice for Jacob” rally in Kenosha, Wisconsin, on Saturday declared: “If you kill one of ours, it’s time for us to kill one of yours.” 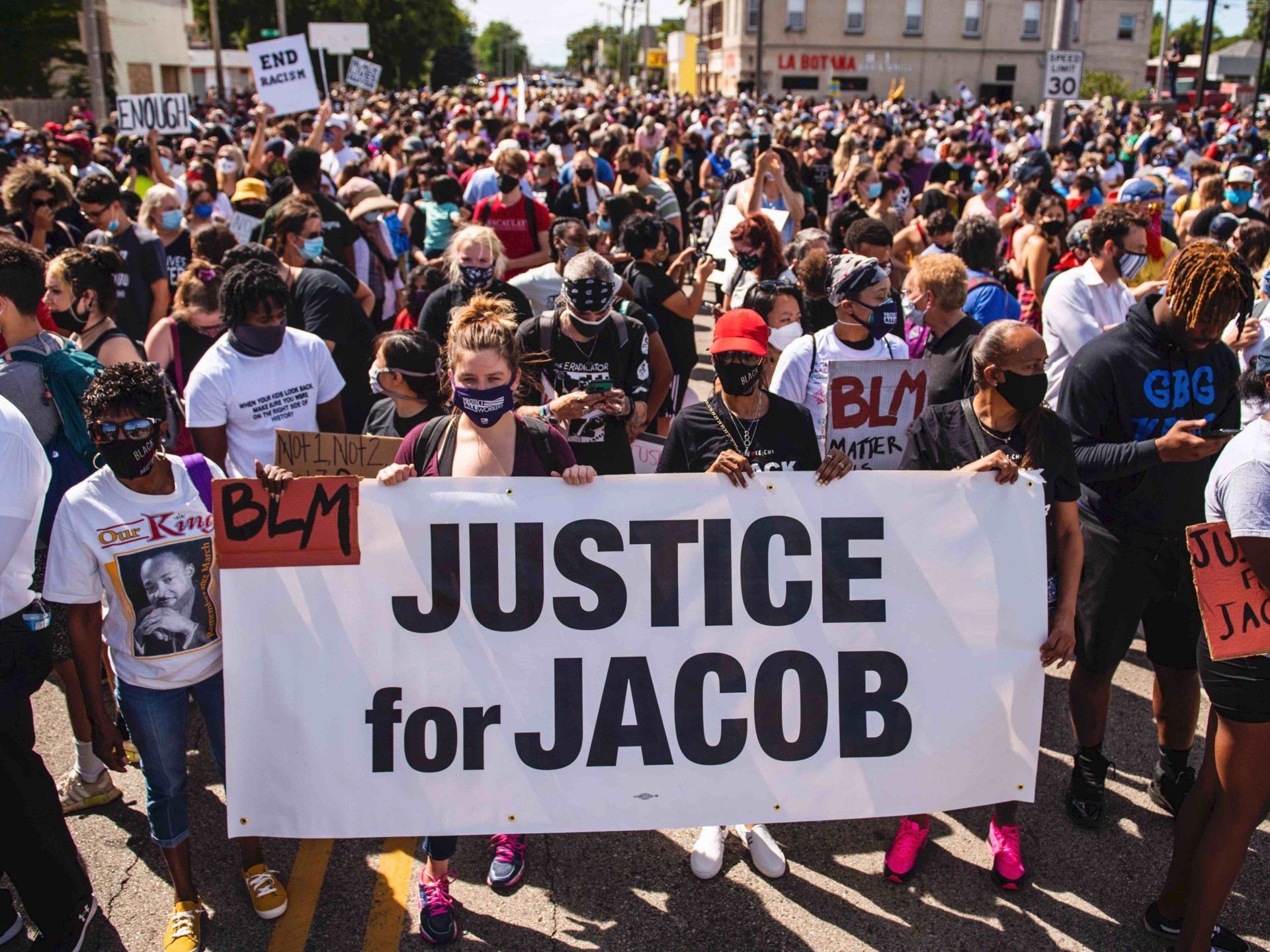 Some militant activists, however, apparently participated in the rally: one carried a scimitar (see photo above and below, from Getty Images). 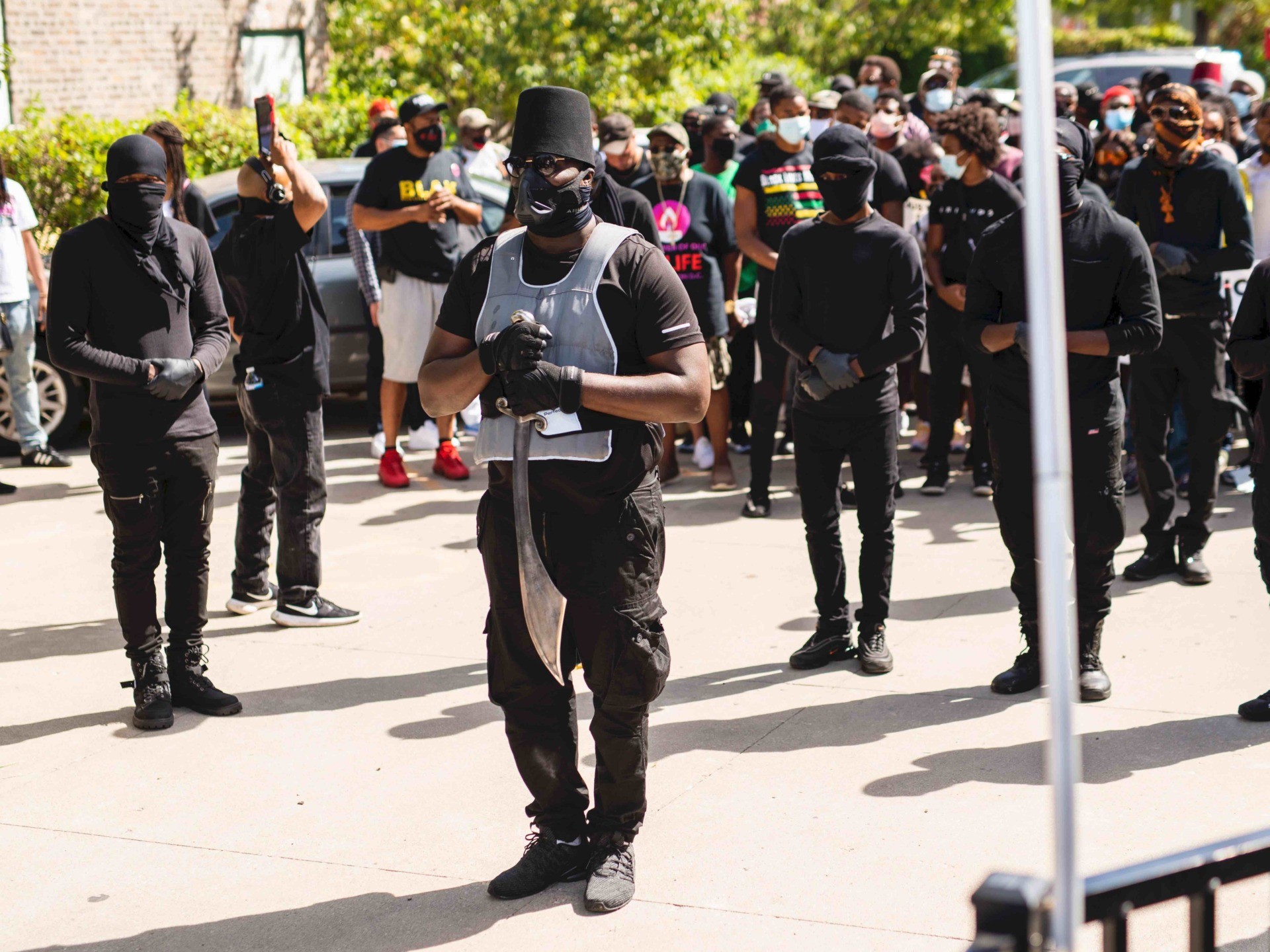 People dressed in black assemble before a march in honor of Jacob Blake and against racism and police brutality in Kenosha, Wisconsin, on August 29, 2020. – Demonstrations have been ongoing since Jacob Blake was shot by Kenosha Police officer Rusten Sheskey on August 23. (Photo by STEPHEN MATUREN / AFP) (Photo by STEPHEN MATUREN/AFP via Getty Images)

The Kenosha News described the event: “Several impassioned speakers — including Lt. Gov. Mandela Barnes — took to the stage, and the crowd estimated between 1,000 and 2,000 joined in with that passion during a rally in support of Jacob Blake, the 29-year-old Kenosha man who was shot seven times last Sunday by Kenosha Police Officer Rusten Sheskey.”

However, one speaker went off “message,” the Kenosha News reported:

Most of the speakers talked about justice peacefully. But near the end of the rally, one man introduced as “our president” strayed from the message by saying, “If you kill one of us, it’s time for us to kill one of yours.”

The man, who was not able to be immediately identified, said:

“I love being black. I love black people. I know some of you may not want to say that … You tell us how to behave when you have taken our lives. The black man is worth something. His life is worth something. I have to say god damn it – if you kill one of us, it’s time for us to kill one of yours. I know everybody don’t want to hear that. But damn why are we the ones who have to keep burying ours and got to keep clean for you to see us as being human? We ain’t never did nothing to nobody.”

Earlier speakers were more focused on social justice and not physical revenge.

Lt. Gov. Mandela Barnes spoke earlier and had a positive message, “I see resilience. I see hope and strength.”

According to local ABC affiliate WISN 12, the Black family staged the rally.

The Milwaukee Journal-Sentinel also noted the remark, adding that it was met with a “muted” response from the crowd, and that Blake’s father had urged non-violence:

On Tuesday, President Donald Trump is expected to visit the city, which has suffered riots and violence for the past week. 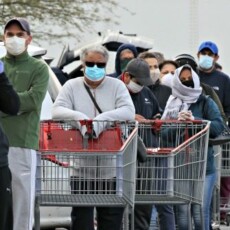 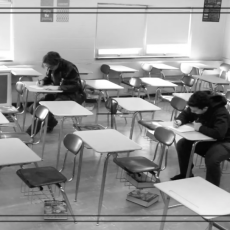 Covid Brought Cameras Into The Classroom. Now Parents Should Demand Schools Keep Them On 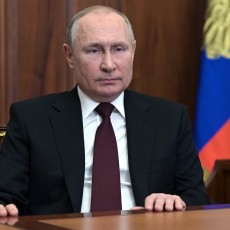 US, allies to kick certain Russian banks out of SWIFT banking system