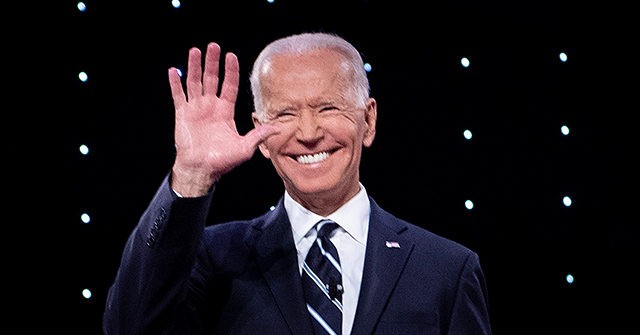 President Donald Trump told Breitbart News exclusively in an Oval Office interview on Monday that if presumptive Democrat presidential nominee former Vice President Joe Biden somehow won the election, there would be “chaos in this country.”

“If Biden wins, it will be chaos in this country,” Trump said when asked to lay out the stakes for Americans as they consider choosing between him and Biden in November. “You’ll have Portlands all over the United States, which is anarchism. You’ll have much higher taxes. Regulations will all be put back in. You’ll be joining these ridiculous treaties where they’re meant to take—like the Paris Accord, which is meant to take advantage of the United States and which will cost tens of billions of dollars. Your taxes will be quadruple what they are right now. The stock market will crash. The stock market will crash, because between his regulations and taxes, the stock market will crash. Therefore, your 401Ks will crash.”

That came after Breitbart News asked Trump what he would say to those supporters who are wavering, concerned about his tweets or the hectic nature of the political environment right now in the country.

“The only reason is we fight them tooth and nail and they fight us tooth and nail,” Trump said is the reason why things seem so heated in Washington right now. He then again referenced the six-page-long accomplishments list he provided to Breitbart News earlier in the interview.

“But nobody has accomplished, like the list I gave you, nobody has accomplished anywhere near that in the first three years,” Trump said. “Nobody even challenges that. It’s an amazing thing. Nobody challenges it. I put the finishing touches even recently on Space Force. We created another force. I didn’t use to talk about that. We did things we didn’t even talk about. The wall is almost finished—it will be finished toward the end of the year. It’s had a tremendous impact. We’ve done everything we said we were going to do.”

Trump’s interview came the day before Biden announced Sen. Kamala Harris (D-CA)—the most liberal senator in the country, even more so than Sens. Bernie Sanders of Vermont or Elizabeth Warren of Massachusetts, according to a 2019 voting records report from GovTrack—as his running mate. Trump said he believes running the Biden-Harris ticket, clearly influenced by the radical far-left, has people across America in real “fear” as compared with his 2016 Democrat opponent Hillary Rodham Clinton.

“There’s more fear because these people are radical, crazy people that you didn’t have last time,” Trump said. “You didn’t have this last time. Last time you had Hillary. Now, you have people who are truly radicalized and nuts when you look at Portland. They’re anarchists, they’re agitators. I think it’s much more severe ,and I think that probably will make people go out and vote if they want to live the good life.”

When asked if that means he is running against fear—Franklin Delano Roosevelt famously said in his 1933 inaugural address that “the only thing to fear is fear itself”—Trump said no, but that he is running with “common sense.”

“No—I’m running with common sense and what got us there,” Trump said. “Until the plague came in, we had the greatest economy in the history of the country and the greatest economy in the history of the world. We were beating China, we were beating everybody, like easily, and by a lot. Best unemployment numbers, best stock market numbers, which is incredible. If the stock market has just a few more good days, we’re going to beat those numbers, and we already have beaten them on NASDAQ. Would you believe the stock market is getting ready to have the highest numbers ever?”

When asked about how Chicago Mayor Lori Lightfoot this past weekend personally oversaw police breaking up a beach party over pandemic concerns, while ignoring rioters and looters who stormed through her city again, Trump replied “It speaks for itself.”

“It’s a ridiculous situation,” Trump said. “Chicago, even New York—I left New York, it was doing great. I left New York. I moved down to Washington, and now you look at New York with a 350 percent increase in crime. You look at these things that are happening that are just terrible. They’re easy to solve. They’re easy to solve. But they’ve taken all the vim and vigor away from the police. They’ve taken away their authority. These things are easy to solve. We could solve—we already, we took back to the courthouse in Portland. We were going to go into Seattle, but they did it before, because we told them the night before we were going to do it. We did a great job in Minneapolis. We sent in the National Guard in Minneapolis. Minneapolis was a great example. For a week, it burned. Then we got involved and we solved the problem in like a couple hours.” 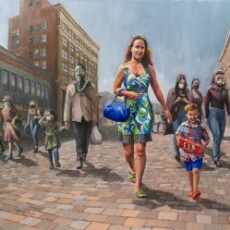 “The World That I See Today”: Sanity, Her Son, and the Credulous 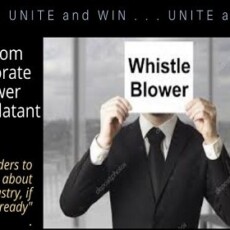