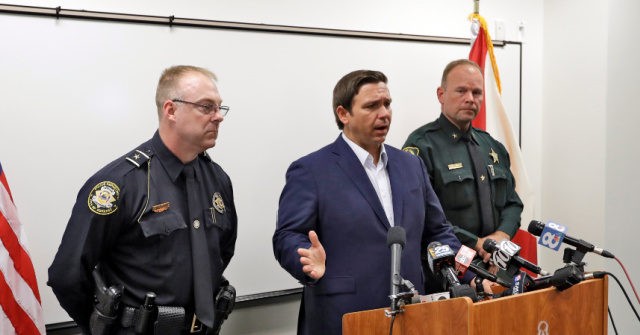 DeSantis signed HB1, known as the “anti-riot” bill, on Monday following the state Senate’s passage last week. The law, DeSantis told Breitbart News, demonstrates a significant contrast between the way blue areas and red areas address these issues of unrest as Democrat-run cities experience yet another bout of riots in the streets.

“The more blue an area is, the worse it’s governed. I mean it’s just a disaster what we’ve seen. It’s always been the case kind of in my lifetime, but I think in the last year, it’s been exacerbated between COVID lockdowns and the rioting,” DeSantis told Breitbart News, explaining that blue area leaders have “totally dropped the ball.”

“If you don’t stand up for law enforcement, you are going to have more crimes,” he said, noting that, in some cases, law enforcement in those blue jurisdictions have had to recede, resulting in higher crime in the areas.

More specifically, DeSantis said the bill effectively draws a line in the sand regarding defunding law enforcement — something demanded by members of the radical left, such as Rep. Rashida Tlaib (D-MI), who recently called for the end of both policing and incarceration.

“Obviously, I’m the governor of the state, but we have local jurisdictions, too, that can do different things, but we drew a line in the sand and said we’re not going to let you defund law enforcement. And so if they want to take money from law enforcement, I as governor and some of my Cabinet members here or there, we can veto that and make them restore the funding,” he explained. “So that, I think that takes the defunding law enforcement off the table in Florida, which is huge.”

“We also have to hold local government accountable,” he said, using Minneapolis as a primary example. “If you do like Minneapolis did and tell the cops to stand down and basically let people run wild on the streets, well, then any damage you suffer, your person, your property, you sue the local government, and they have to make you whole because it’s their responsibility to protect you in the first place.”

In addition, the bill, he explained, creates “much stronger” penalties for rioters and those who engage in lawless acts.

“For example, if you throw a brick, if you’re in one of these violent assemblies, you throw a brick at a police officer, you’re getting arrested, you’re going to jail, and you’re staying there until your first appearance,” the governor said.

“We’re not just going to turn you back out on the street, and then the penalties overall are stiffer,” he added, calling it a “very comprehensive piece of legislation” and reaffirming the Sunshine State’s commitment to law and order.

Blue jurisdictions, DeSantis added, will likely reject such proposals because they are ideologically driven, but Florida, he vowed, will “navigate all this, period, much better than those areas.” 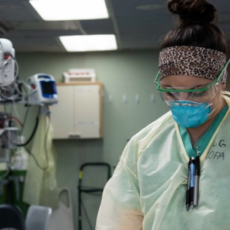 Pence gets vaccination on live TV…