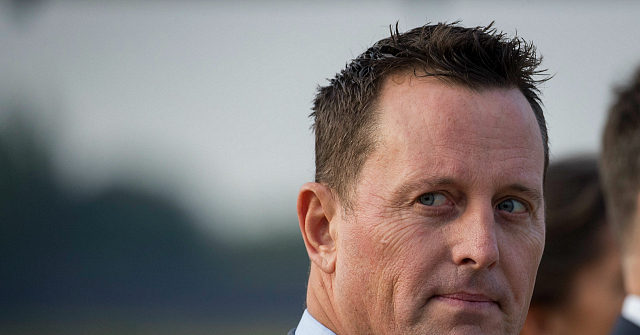 Richard Grenell, the former Acting Director of National Intelligence (DNI) and the former U.S. Ambassador to Germany, told Breitbart News this weekend that President Donald Trump making him the first openly gay cabinet member in U.S. history has nothing to do with “identity politics” and simply reflected that the president picks the most effective people for federal positions.

“The one thing I love about President Trump is he doesn’t care about these issues,” Grenell said on Breitbart News Saturday on SiriusXM 125 the Patriot Channel. “He doesn’t play identity politics. You know, somebody recently asked me how many gays and lesbians work in the Trump administration. I had to answer, ‘I have no idea. I really don’t know.’ This person said to me, ‘well, there you go — that’s the reason — because we had 2,410 in the Obama administration, the Obama-Biden administration.’ I said, ‘I’d be pretty offended that I was on a list that says here’s our gay and lesbian list.’ Thank God we don’t keep a list. Thank God we don’t hire people because they come out of a box and say ‘here is a black, here is a Hispanic, here is a gay person.’ President Trump, I know him well, he doesn’t care about these types of issues. They’re irrelevant characterizations about someone. What is relevant is whether or not they can do the job.”

Log Cabin Republicans this past week released a video of Grenell, which the president shared on Twitter, hyping the fact that it was Trump — a Republican — who had the first-ever openly gay cabinet member in U.S. history, something former Democrat President Barack Obama never did.

President @realDonaldTrump made history for #LGBT Americans — and nobody knows that better than @RichardGrenell. #GetOUTspoken pic.twitter.com/HJhY5kSuh0

“When I’m talking to President Trump, I’m talking about NordStream 2, I’m talking about troops in Germany, I’m talking about the table of substance and substantive issues,” Grenell told Breitbart News. “What’s different about the Democrats is every four years they want to bring out a black person or a Hispanic person or a gay person or a woman and say, ‘look at this, we’ve got these extra people that we’re counting as part of us — aren’t we great?’ But then, the decisions are made by the elite men in a backroom. Donald Trump doesn’t do that. He’s got a table of advisers who are all sorts of different parts of America, and they’re there because they’re the best people he can find for these issues.”

Grenell continued, “I think we have a completely different philosophy about gay and lesbian issues, and when we articulate that to the gay community, there’s a huge response. People are super smart and substantive and are tired of being at the table down the hallway. They want to be at the main table. They don’t want to have like what the State Department was pushing for in a gay czar and they were hitting Trump saying, ‘you don’t even have a gay office or gay department at the State Department.’ I said, ‘Thank God we don’t.’ Because every single bureau at the State Department, whether it’s the Middle East bureau or Latin America bureau, should have in their mindset: ‘we’re going to treat everybody the same.’ We don’t need to make a policy and then go down the hallway to check in with the gay czar to see how or what extra thing do you need here to be happy. I don’t want to be the extra. I don’t want to be taken out of the box every four years and be paraded around and sent out on a press release that says, ‘here’s our list.’ I want to be the guy who’s making the decisions at the table and that’s what Donald Trump allows us to do.”

While Grenell was leading the Office of the Director of National Intelligence (ODNI), he declassified many documents and transcripts as part of a broader nonpartisan push for transparency from the government as it relates to the effort the Intelligence Community embarked on during the Obama administration to spy on President Trump’s campaign.

“Let me just say briefly that transparency is not political,” Grenell said when asked about this. “It shouldn’t be viewed as political. I’ll give you that it is a very rare concept in Washington, DC, because they like to have decisions made by a few people in the basement. It made me quite sad for our country when I became acting Director of National Intelligence and I started reading about what the Democrats were presenting when it came to this Russia collusion. What’s said on television to the American people was one thing, and that’s ‘oh there is this really incredible Russian collusion.’ Then when these same people were under oath in the basement of the House committee, in Congress when they were alone with their lawyers under oath, they said, ‘we didn’t see anything; we don’t know anything; nothing illegal happened.’ You can read these transcripts. You can go to the ODNI website. You can read exactly what they said under oath. Where I come from, when you say one thing to a few people and then you’re called on the carpet publicly and you say something else, we call that a lie. What has happened in Washington, DC, is this is a consistent part of everyone’s day. They present information to the American people that’s not true. They just keep getting away with it. So when I went in to head ODNI, I wanted to just give as much information as possible, obviously not giving away sources and obviously not giving away the method in which we collect or how we got our information — sources and methods must be protected, we get that. But, what I found is a whole bunch of information was classified just to protect government agencies that had messed up. It was a PR move to protect a brand of a government agency. I think this is why many people call it the swamp — they kind of protect each other; it’s very murky and it’s unclear. Transparency is called for.”

Grenell also said, adding that President Trump agrees with him, that the federal government should spread its agencies and departments out across the United States rather than centralizing the power of the government in Washington, DC.

“I want to just say, I think it’s super important — and I know Donald Trump does as well — that government agencies should not all be collected in Washington, DC,” Grenell said. “We’re getting the same pool of people for the Education Department, Interior, DNI, all of the different government agencies pull from the same group of people in the Washington, DC, metro area. Those people are in on the game. They know that you can’t speak out too much, otherwise, you won’t get promoted. They know that their neighbors are a big shot at the Labor Department, and if they ever wanted to move over, they better play the game. They know that their other neighbor is a media reporter and that media reporter needs them to leak in order to have really good neighborly relations. This whole thing is a system we call the swamp. It’s really true, and I believe that one of the solutions is to move out some of the agencies and begin to say, ‘no more building up in Washington,’ and maybe, ‘we’re going to move the Labor Department to Kansas,’ or maybe, ‘we’re going to move the Interior Department to South Dakota.’ Why can’t we have Health and Human Services based in Florida? This is especially important as the Washington, DC, crowd is talking about making D.C. a state. Washington, DC, was designed to be a place where the federal government was, where you went temporarily and then you left. You moved back home. Home wasn’t supposed to be Washington, DC. It was supposed to be somewhere else. And yet, what we have is a system, over time, where we have made Washington, DC, a home to the point where they want to be a state. Well, if you want to be a state, you’re going to have to get rid of all these agencies that are there because it’s not fair to put all these agencies in one state.”

Grenell also laid out the difference between Trump’s America First vision for foreign policy versus Democrat presidential nominee Joe Biden’s globalist vision for the United States on the world stage.

“America First is all about making decisions for America, first. We have to protect our own people,” Grenell said. “This other idea that Joe Biden has been pounding is that our allies get to be in consensus with us. So you’ve got the approach from Donald Trump who’s saying, ‘what’s good for America?’ and then you’ve got the Joe Biden approach where he’s saying, ‘what’s good for all of our allies?’”

“I spent eight years inside the U.N. Security Council,” Grenell continued. “There are 15 countries that sit inside the U.N. Security Council. Trying to get 15 countries to agree to a statement, let alone implementing policy — trying to get 15 countries to agree to a statement means that that statement is mush when it comes out. Everybody gets to veto a word or a phrase or an idea, and so, it’s the lowest common denominator of what 15 countries believe. I’ll give you a more real-world example: Yesterday was the seventh anniversary of the genocide in Syria where Bashar Al-Assad gassed children. The Obama-Biden team didn’t do anything. They had a front-row seat. They were watching it, and they didn’t get up out of their chair, and the reason why they didn’t do anything is because ‘consensus’ stopped them. Instead of making decisions for America’s national security, to stop ISIS’ growth in Syria and to stop Bashar Al-Assad, instead of acting on behalf of America, they got together with a whole bunch of Europeans and a whole bunch of countries in the Arab world and they asked, ‘what should we do?’ Well, seven months later, they were still talking because of this ‘collective consensus.’ Now, consensus is good if we can get all those countries to back our idea. That’s why at the United Nations, I always say, we need somebody who’s really strong and somebody can say, ‘get with us, here’s the plan.’ The U.N. doesn’t work unless the United States is in the lead. The problem is we don’t need to be in the lead on every single issue. Contrast that with Donald Trump being in office, and he did two things to really make a difference in the Middle East while bringing troops home and not starting new wars: He took out Soleimani who was the terrorist strategist inside of Iran. He took him out. The second thing he did was when Assad crossed the red line that Barack Obama put down and failed to act, within a couple of months of the Trump administration coming in when Assad crossed the red line, Donald Trump acted and it worked. It really sent a strong message to the Middle East. It’s why we have peace between the Emiratis and the Israelis today, and we don’t want a return to the Joe Biden policies.”

Alice Springs Court 2022: “where do you derive your authority from”? 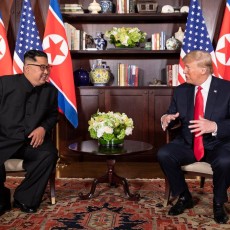 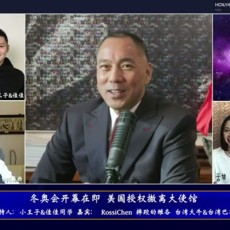