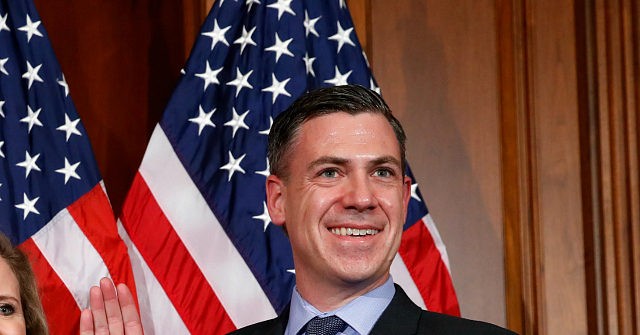 Banks, in a Thursday letter to Barr obtained by Breitbart News exclusively ahead of its public release, expressed that he is worried about a Chinese Communist Party-aligned company that donated drones to U.S. law enforcement and emergency services organizations in 22 states nationwide. Da-Jiang Innovations (DJI), a Chinese company, has come under scrutiny for drones being used to spy on Americans before. But now, amid the coronavirus pandemic, the Chinese company said it donated 100 drones to 45 different police departments, fire departments, and public safety organizations in 22 states. Banks, a leader on the threat of Communist China and a member of the House Republicans’ China Task Force, is asking Barr to investigate the matter and ban the use of the Chinese drones in the United States.

“I’m writing out of concern with numerous state governments’ use of unmanned aerial vehicles (UAVs) produced by Dà-Jiāng Innovations (DJI)—a commercial drone manufacturer based in China,” Banks wrote to Barr. “On April 1, 2020, DJI announced that it was donating, ‘100 drones to 45 police, fire and public safety organizations in 22 states,’ to help states respond to the COVID-19 pandemic. Although DJI did not list the specific agencies which it donated drones to, it published a map of the states that have received drones which included Indiana. In November 2019, the Department of Justice (DOJ) acknowledged the danger of foreign-made drones and urged a review of the product’s supply chain before allowing the technology to be used by DOJ officials. To protect American’s privacy from foreign overreach, the DOJ should lead a national effort to ban their use at the state and local level.  “

“The danger of using drones produced in China is well known throughout the interagency,” Banks wrote to Barr. “In May 2018, the Department of Defense (DoD)’s banned the purchase and use of DJI drones due to ‘cybersecurity risks’ and the Department of Interior’s grounded its entire UAV fleet over concerns with DJI in January of this year. According to a 2017 memo from the Los Angeles office of Immigration and Customs Enforcement, that agency had ‘moderate confidence that DJI was providing critical ‘infrastructure and law enforcement data to the Chinese government.’ The memo specified that, ‘much of the information collected includes proprietary and sensitive critical infrastructure data, such as detailed imagery of power control panels, security measures for critical infrastructure sites, or materials used in bridge construction.””

Banks also noted that the data that the Google-based Android application used to operate the drones collects may be transmitted back to the Chinese Communist Party, a serious risk for American national security.

“On Thursday, July 22, two cybersecurity research firms, Synackti and GRIMM, released a report claiming that the Android application used to operate DJI drones collects and transmits large amounts of users’ personal information to the firm,” Banks wrote. “This is especially concerning because the Chinese Communist Party requires DJI and all other technology companies based in China, to provide it with any and all data it requests.”

Banks concluded his letter to Barr by citing a speech that Secretary of State Mike Pompeo gave to the National Governors Association this year about the threat that China is presenting to state and local governments here in the United States and warned that a ban on Chinese drones is necessary as a result.

“In early February, Secretary Pompeo gave a speech to the National Governors Association in which he warned that the Communist Party is increasingly focused on local and state governments in its attempt to influence and infiltrate U.S. politics,” Banks wrote. “DJI’s decision to donate drones to local governments after being blacklisted from most federal agencies is especially suspicious when viewed in this light. I appreciate your leadership on our nation’s challenges with the Chinese Communist Party and applaud the work of the Department of Justice’s China Initiative. I urge you to consider a national ban on DJI drones and appreciate your attention to the matter.”

Pompeo, in an exclusive interview with Breitbart News this year, laid out what the Chinese Communist Party is trying to do to influence state and local governments — like the law enforcement agencies that DJI sent these drones to that Banks is writing about here — and how the FBI and Justice Department are responsible for stopping this.

“I spoke to the National Governors Association a few months back, where I shared that they are working to influence governors, mayors, school board members, people all – private business owners, to influence them to put the bright face of China on when it is in fact the Chinese Communist Party that’s seeking to exert their influence here inside of the United States,” Pompeo told Breitbart News in the mid-May interview. “This is primarily the responsibility of the FBI to police, but your listeners should know the State Department is doing its part too. We put restrictions on their diplomats who are moving around America, the same ones that they put on our diplomats as they’re traveling in China. This effort to influence what’s going on here in the United States is a very serious matter. You talked about our universities and our research lab.  This is not about good Chinese people working on commercial projects. We find that acceptable. This is about the Chinese Communist Party exerting its influence here in the United States for missions that are deeply connected to the regime in China trying to exert influence in places where it ought not to be, and we’re going to do everything we can to push back against that.” 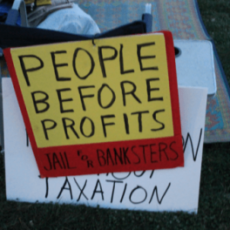