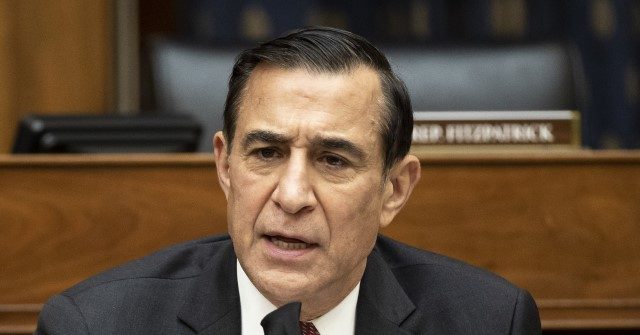 Congressman Darrell Issa (R-CA) is sending an open letter to Big Tech demanding a commitment to free speech on social media platforms, telling Breitbart News that, following the “Twitter Files” disclosures, “There is no way Congress can look away” from endemic censorship practices.

“I call on technology companies to make a commitment to the American people—customers and users alike—to uphold the essential principle of free speech through a pledge of political neutrality in the use of their products and platforms,” Issa wrote in the letter obtained exclusively by Breitbart, amid revelations about Twitter’s internal communications surrounding its censorship of the “laptop from hell” reporting by the New York Post ahead of the 2020 election.

“Technology companies wield unprecedented power to bring untold benefit to society. But it is also true that some companies have used this power to restrict and shape the information consumed and shared by Americans,” the letter continues. “The revelations that Twitter implemented a corporate practice of censoring speech it did not agree with—going as far as silencing individuals on its platform to prevent them from sharing disfavored views—is a landmark development that requires a completely new and better standard for the industry.”

Internal Twitter deliberations surrounding the censorship of the Post‘s reporting on Hunter Biden’s “laptop from hell” reveal the company’s management engaging in willful ignorance of the facts of the story in order to justify censoring it on the platform.

Matt Taibbi, the journalist tasked by Elon Musk to reveal the internal communications, explains that Twitter management at the time used the company’s hacked materials policy “as an excuse” to squelch the Post’s reporting, but knew it “wasn’t going to hold.” The reason it “wasn’t going to hold” was because the Post explained that the reporting was based on a hard drive abandoned at a computer repair shop, not “hacked material,” and produced a federal subpoena given to the repair-shop owner to bolster the claim.

“It simply cannot be codified or condoned when the technological platforms enabling us to communicate as never before are weaponized to stop people from exercising their free speech rights as American citizens because they share views different than those in control of these platforms,” Issa’s letter says.

“What we’re learning in real time with the Twitter Files is proof positive we’re past the point of just waiting and seeing. I don’t give a damn if Big Tech players want to go back to the censorship regime that they created and abused — elections have consequences and those days are over,” Issa told Breitbart, implying the possibility of Big Tech reform in a Republican-majority Congress.

Issa smacked twelve individuals from the intelligence community, the White House, Facebook, and Twitter with preservation notices in March, setting up an investigation into election interference with regard to the suppression of the “laptop from hell.”

The letter cites that tête-à-tête, saying, “Apple CEO Tim Cook pledged to me that the company would ‘keep its thumb off the political scale’ by remaining neutral and unbiased in the way Apple administers its core business practice and protects the free speech rights of Americans. He summed it up clearly when I asked him to address concerns of future bias: ‘We want to be Switzerland.’ We will hold him to that promise. Now, it is time for America’s technology companies to make the same commitment.”

Issa told Breitbart the American people should expect more tech executives to be summoned to Congress, especially regarding political censorship.

“We are now elevating this dialogue to a face-to-face conversation. If any of the Big Tech players think they need it, they are now on notice,” he told Breitbart.

In the open letter, Issa concludes with a call for Big Tech to “return to being a technology industry that innovates and invents,” as opposed to being consumed with acting as arbiters of speech.

“It is also time for our tech enterprises to again be a technology industry that innovates and invents to promote prosperity, increase efficiency, and connect the world. Technology companies: Commit to the American people that you value free speech, not favored speech. Take the pledge.”

Emma-Jo Morris is the Politics Editor at Breitbart News. Email her at ejmorris@breitbart.com or follow her on Twitter. 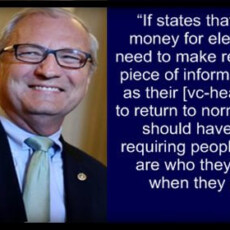 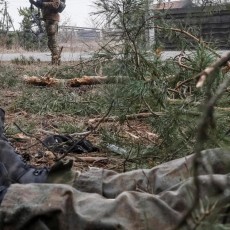 The Russian-Ukrainian War Is a Tragedy of Misjudgment