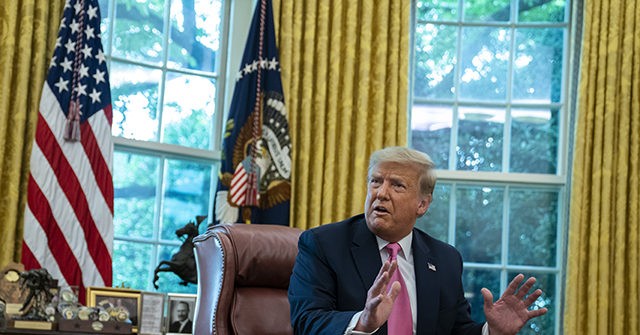 President Donald Trump told Breitbart News exclusively in the Oval Office on Monday that he is not currently considering negotiating a phase two trade deal with China.

Trump said in the nearly 30-minute exclusive interview that because of the coronavirus pandemic, which originated in Wuhan, China, and spread around the world, he is not considering negotiating another deal with China at this time.

When asked for more details on what else exactly he intends to do to hold the Chinese Communist Party accountable for the Wuhan coronavirus, the president was less specific.

“They should have stopped it, it being there,” Trump told Breitbart News of the coronavirus when asked how he will hold China accountable. “We’ll see what happens. I can’t tell you yet, but we’ll see what happens. They certainly started it and they could have held it. Look, it didn’t get into China. But it went all over the world. They could have stopped it. They should have.”

Asked to lay out what he has done as president to combat the Chinese Communist Party, Trump laid out several actions he has taken particularly with regard to trade and helping American farmers.

“You take a look at on trade, you take a look at what we’ve done on trade deals and everything else,” Trump said. “But you also look at what I’ve done to them on tariffs—massive tariffs. We’ve taken in literally hundreds of billions of dollars in tariffs. It’s had an impact that’s positive. We’ve given $28 billion to our farmers because they were targeted by China. Nobody has ever done that before. That was one of the weak spots. China had told other administrations they were going to target the farmers. So the other administrations always caved. I said that’s okay, you target the farmers and I’ll target you. We charged them a tariff, a 25 percent tariff. We’ve taken in tens of billions of dollars. We actually gave $12 billion plus $16 billion and then more this year to the farmers because that’s the amount of money that the farmers we’re targeted for. So the farmers—you ever notice you never hear anything bad from the farmers? It’s because they hit pay dirt because of me. Without me, they would be out of business right now. They hit pay dirt. We gave them $28 billion for targeted aid. You have to say thank you China, because China paid it—we didn’t pay it.”

In recent exclusive interviews, Vice President Mike Pence and Secretary of State Mike Pompeo have laid out how much Trump has done on China.

“When we took office, China was half of our international trade deficit,” Pence told Breitbart News in July. “President Trump made it clear that those days are over. We put China on notice that we were no longer going to tolerate trade policies and practices that have seen American jobs shipped overseas. So he’s used his authority and imposed tariffs and taken a strong stand. We’ve also, on strategic issues, we’ve made it clear we’re going to stand up for the interests of America in the Asia-Pacific. We’ve defended the freedom of navigation. In fact, we have two aircraft carriers in the South China Sea taking a strong stand. Also, just more recently with China breaking their word on Hong Kong, and the president has announced we are taking action that will be out in the coming days that will demonstrate our commitment to the people of Hong Kong and our commitment to freedom-loving people around the world. But that, whether it be the strong stand on trade and tariffs, whether it be our commitment to our strategic interests in the region, or whether it be our stand for freedom and human rights, no president in my lifetime has been tougher on China than President Donald Trump.”

Pompeo said that the Trump administration intends to hold China accountable for the pandemic.

“I don’t want to get out in front of what President Trump will ultimately decide, but I think we all know in this administration that we have to make sure that something like this can never happen again,” Pompeo told Breitbart News in May. “That means deterrence.  That means setting up processes.  The President’s already stopped funding to the WHO so that we can evaluate that and figure out which pieces of the WHO might actually work and which pieces don’t, so that we can deliver good outcomes and keep Americans safe and make sure this doesn’t happen again. And then there’ll come a time, there will come a day, when we will evaluate what it is needs to be done to convince the Chinese Communist Party that there are real costs – real costs – connected to this kind of misbehavior.  You know this, Matt.  We see this all the time inside the United States but around the world too.  We have to hold nations accountable.  And I’ve talked to many of my counterparts around the world.  We have to hold nations accountable for the things and actions that they undertake which create risk and, in this case, created enormous loss of life here in the United States.  President Trump is committed to doing that.  The precise mechanisms that we will choose, I want to make sure that he gets the chance to get fully briefed and make those decisions.”

More from Trump’s exclusive interview with Breitbart News is forthcoming. 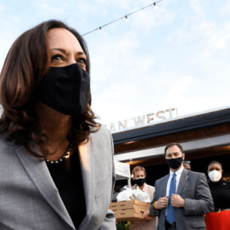 25 Questions Kamala Harris Should Be Asked in the Debate 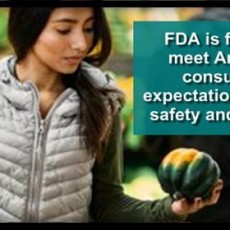 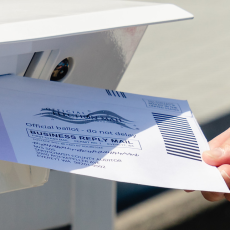 Proposed D.C. Bill Would Automatically Send Mail-In Ballots To Residents That Are Unregistered To Vote