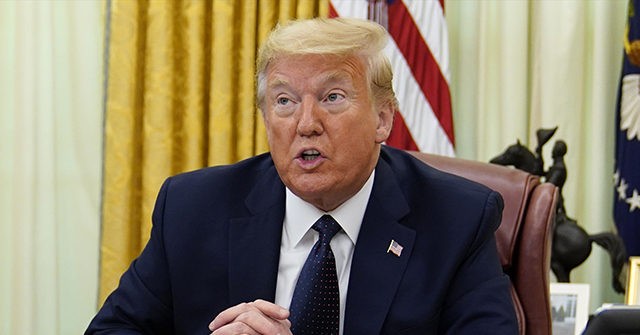 President Donald Trump told Breitbart News in an exclusive interview on Monday afternoon in the Oval Office that House Speaker Nancy Pelosi and Senate Minority Leader Chuck Schumer are “obstructionists” who were not “interested” in helping people in need.

Asked to open the nearly 30-minute interview why he needed to continue coronavirus economic recovery aid via executive order instead of through legislation passed by Congress, Trump told Breitbart News that it is because “we have obstructionists on the other side.”
“Because Nancy Pelosi and Cryin’ Chuck are absolutely obstructionists,” Trump said. “All they wanted to do was to get money to bail out Democratic cities and states that have been run poorly. They want bailout money. The bailout money is about a trillion dollars and it’s unacceptable. That’s about 90 percent of what they wanted.”

In addition to the bailout money for failed blue states and Democrat-run cities, Trump said that Pelosi and Schumer were adamant about appropriating money toward the creation of a mail-in-voting system that he said would result in a “rigged election.”

Asked if Pelosi should call Democrats back to Washington—she let them all go home on recess—to continue negotiations, he said he does not believe she or the Democrats were interested in helping people in need.

Asked if he meant by that that he believes Democrats are willing to hurt people to achieve their political agenda, he said he does.

“Yeah, I guess—it depends on your definition of hurt,” Trump said. “But certainly they’re doing things that are inappropriate. It’s pretty terrible.”

Trump said that despite Pelosi and Schumer refusing to agree with congressional Republicans and his administration—lead negotiators for the administration included Treasury Secretary Steven Mnuchin and White House chief of staff Mark Meadows—his goal was to get cash directly into the hands of Americans who need it.

“We want to get money to the people,” Trump said.

On Saturday, while in Bedminster, New Jersey, Trump signed a series of four executive orders. One sets up a system with the states that redirects emergency funds to be used to continue an additional $400 per week in unemployment payments to those who need it on top of whatever they’re getting from state unemployment programs. That is less than the $600 per week that the CARES Act passed in March, created in the early days of the pandemic, for those who lost jobs. A second includes a payroll tax cut, and a third defers student loan payments further, while the fourth order delays evictions for those still struggling in the pandemic.

Asked about the orders and what they do, Trump explained that the payroll tax cut and the additional $400 per week in unemployment payments are both big steps in the right direction but that he would have wanted to do more than the $400 per week if not for Pelosi and Schumer obstructing that.

“Number one, the payroll tax cut is great. It’s a double—it’s employer and employee,” Trump said. “We already got one covered and now the other one is covered. So the payroll tax cut is a very big thing. Getting the money to the people is a very big thing, so we’re at 400 and the reason you can’t go higher than that is because they’ll need more money. We have a certain amount of money. So we’re giving as much as possible. But the reason we can’t go higher is because we would need additional funds. You understand?”

“You know something else we’re doing is prescription drug prices,” Trump said. “That’s separate but not really separate. We need a favored nations clause so whatever the country that’s paying the lowest price in the world, the United States has to match. Meaning they have to match as a price for the United States. That could bring down drug prices by 70 percent—seven oh. You ever hear that one before? Plus we do the rebates, plus we do the buy from other countries, like Canada buys for much less than the U.S. So Florida would be able to go out and buy their prescription drugs from Canada at 50 percent lower than they pay to a drug company for the exact same prescription. By the way, do you have any idea how big that is? Nobody has any idea.”

This is the first of several forthcoming pieces on Trump’s latest exclusive interview with Breitbart News in the Oval Office. Shortly after this interview, Trump gave a news conference in the White House briefing room that was interrupted as U.S. Secret Service officials ushered him from the room after agents shot an armed person outside the White House grounds at the corner of Pennsylvania and 17th Avenue. The president rejoined the briefing moments later to inform the press what had happened. 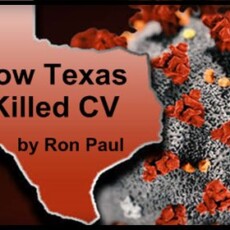 Ron Paul: How Texas Killed CV, Masks and All 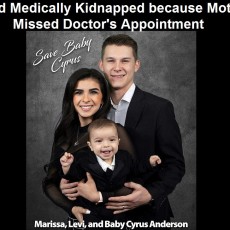 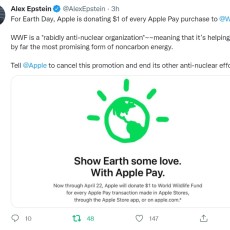