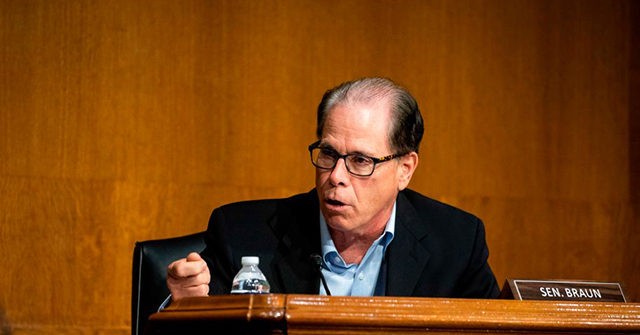 Sen. Mike Braun (R-IN) told Breitbart News in an exclusive interview on Tuesday that Democrats’ playing politics with the coronavirus negotiations will continue to “sour on the American public.”

Braun spoke to Breitbart News as the Donald Trump administration, Republicans, and Democrats continue to negotiate over a potential coronavirus package that would provide aid to impacted Americans.

To alleviate that unintended consequence, Braun and Sen. Ron Johnson (R-WI) introduced a bill that would provide Americans with either $200 per week in unemployment insurance or replace two-thirds of the unemployed American’s income.

Braun explained in a statement in July:

As a Main Street entrepreneur, I know we need to support those who are still out of work due to the virus and the government response, but we can’t pay anyone more in unemployment than they made at their job. I support a temporary boost in unemployment benefits that fixes this problem without adding trillions in debt or funding D.C. pet projects.

The Hoosier conservative said that, as states start to open, he wants to ensure that Americans can go back to work in a safe manner.

“Well, in my opinion, states like Wisconsin and Indiana, two biggest manufacturing states per capita, it’s very clear that the biggest impediment to actually bringing unemployment down is the fact that we’re having trouble bringing workers back,” Braun said. “It’s just difficult to consider getting people back to work on the margin when there’s that kind of benefit out there for staying on unemployment.”

Braun charged that the Democrats’ push for increased carveouts in the coronavirus negotiations would eventually backlash against the Democrat Party.

“I think that is going to sour on the American public,” Braun said.

Braun also said that Democrats hope to sabotage a recovering economy to hurt the Republicans ahead of the 2020 elections. However, he cautioned that the Democrats’ tactic might backfire on them.

“I think that it’s 100 percent part of how they’re looking at it. And, the clock is running, and we’re getting down to where I think if you do play that game, that you run the risk that you’re going to start getting so political that even the people might lean towards some of the stuff you’re talking about — they’re going to see who’s sabotaging a strong recovery,” he said.

In a similar vein, Job Creators Network (JCN) President Alfredo Ortiz told Breitbart News Saturday that if Republicans want to hold the White House, they cannot “cave” to Democrats on the next coronavirus package.

He added that he does not expect much progress to happen this week with the coronavirus negotiations; however, “the longer it goes on, this is on the Democrats’ shoulders, not ours.” 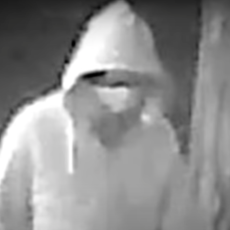 Is The FBI Ever Going To Get Around To Finding The Jan. 6 Pipe Bomber, Or Nah?

Dem Rep. Spanberger: ‘The Buck Stops with the President’ on Gas Prices 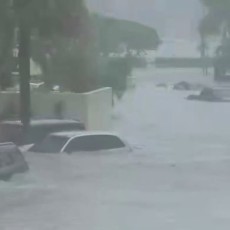