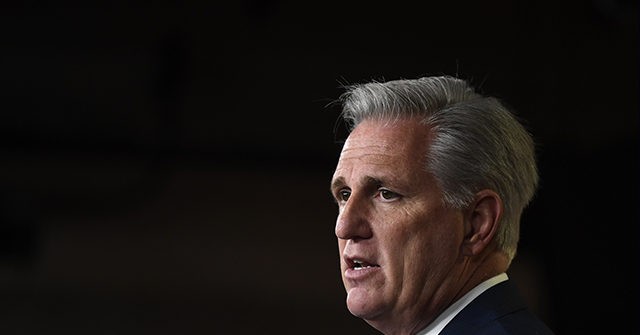 House GOP leader Rep. Kevin McCarthy (R-CA) told Breitbart News exclusively this weekend that he is concerned Google is attempting to influence the 2020 presidential election with a “tremendous amount of power” it wields to control “what people think or see” through its monopoly search power.

Appearing on Breitbart News Saturday on SiriusXM 125 the Patriot Channel this weekend, McCarthy said that Breitbart News has “been at the forefront” of exposing big tech. He pointed to Breitbart News uncovering video of an internal Google meeting of senior executives in the wake of the 2016 election when they promised to use their power to make President Donald Trump and the movement that elected him a “blip” in history. Then he noted that Google has essentially monopoly control over search as 90 percent of online search traffic goes through the tech giant, and that Google has been using that power to push its worldview on the public.

“You guys have been at the forefront, and I worked closely with you even in the last election. Remember, when we were in the majority we were able to bring these CEOs in when we first discovered it,” McCarthy said. “Remember where Breitbart came out and was able to discover what happened at Google after the election. People were crying after all the actions they took, the actions they took to try to get Hillary elected. If you Googled the Republican Party of California before the primary election, they said we were ‘Nazism.’ Ninety percent of all searches on the Internet go through Google. That’s a tremendous amount of power, but now they’re utilizing it for their own personal bias and Breitbart has been on the forefront of showing that. But there was no stronger indication of it than what did Twitter do to Donald Trump Jr., even before it? Simply because he put up a video they put him like in Twitter jail. How many other things have we seen that they have done in the past? We have watched it over and over, the bias against conservative views instead of free speech.”

During a House Judiciary Committee antitrust subcommittee hearing this week, Rep. Matt Gaetz (R-FL) pressed Google’s CEO Sundar Pichai on these matters and a subsequent Breitbart News investigation that shows Google has essentially turned off search traffic to Breitbart News ahead of the election in 2020. After the hearing, Sen. Tom Cotton (R-AR) followed up with an in-depth letter to Pichai to further probe into the matter with detailed questions and laying out his concerns that Pichai may has misled Congress in 2018 testimony. Cotton has also asked Attorney General Bill Barr to pursue potential antitrust violations by Google. Asked about all this and about Google’s efforts to use its market share to control what information people see ahead of the election, McCarthy said the evidence emerging seems to indicate that Google is using its power “to influence what people think or see” and to “influence an election,” something he said is “wrong” and a “real concern to me.”

“They want to use their power, what some people would call a monopoly, to influence what people think or see—which is wrong,” McCarthy said. “Remember, when I brought the CEO in when we were working in the majority they then put a letter out to make sure there was no bias, they said. What are they doing now? Complete opposite. It’s a real concern to me when individuals try to use technology to influence an election but more importantly they’re trying to stop the voice of conservatism out there. You watch what they’re doing to the traffic of Breitbart. You know it and you see it. But it’s not just one entity itself. It’s come from almost all of those in the tech sector. Remember, they control so much. Just two companies control YouTube, Instagram, Facebook, and Google. Those are some of the biggest avenues to get any message out.”

More from McCarthy’s appearance on Breitbart News Saturday this weekend is forthcoming. 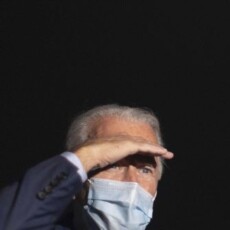 Joe Biden Still Won’t Say If He Will Expand Supreme Court; ‘Not a Fan’ of Court-packing