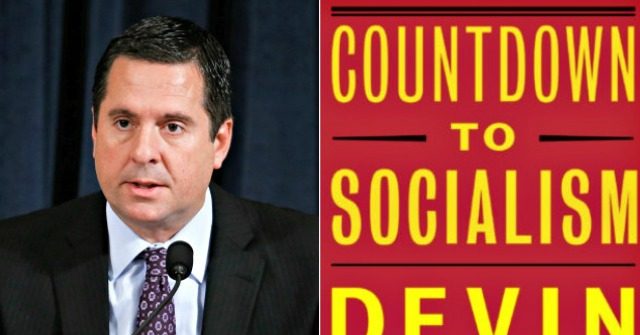 The book will detail how the Democrat Party has evolved from the last fifty years to “beyond recognition,” according to a summary of the book released Friday on Encounter Books’ website.

“The Democratic Party has changed beyond recognition. Once the party of anti-communism and tax-cutting under President Kennedy, it is now dominated by a surging socialist movement and led by a presidential candidate who vows to ‘transform’ America,” the summary said.

Nunes led the fight in Congress in debunking Democrats’ allegations of the Trump campaign colluding with Russia and finding the truth about the Steele dossier and the FBI using it to obtain secret spy warrants on Trump campaign aide Carter Page. For that, he has been relentlessly targeted by the left and members of the mainstream media.

In his book, Nunes takes to task mainstream media in his book for cooperating with Democrats and Big Tech to censor and suppress conservative views. According to the book’s summary:

On a near-daily basis, the Democrats are issuing radical proposals to socialize medicine, industry, and higher education. So how can the Democrats win elections when their agenda is so far to the left of the American people?

That’s easy—it’s because the means of public debate are being manipulated.

In Countdown to Socialism, Congressman Devin Nunes exposes the nexus between the Democratic Party, the mainstream media, and the social media corporations. These three entities cooperate to blast out the Democrats’ message and downplay their extremism while suppressing and censoring conservative points of view.

The book aims to reach Americans before the November election, which the summary calls “the most consequential election of our lifetime.”

“Tens of millions of Americans are only seeing one side of the debate. The information they get from newspapers and social media is not ‘news’ — it’s contrived content designed to help one political party and punish its opponents,” the summary said.

“In the run-up to the most consequential election of our lifetime, read this book to learn how your information is being skewed and regulated to force America onto the path to socialism,” it said.

The book will publish September 8 and is available for pre-order. 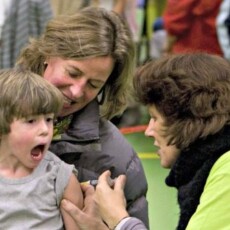 U.S. Bishops Say Catholics Have ‘Moral Responsibility’ to Be Vaccinated Against Coronavirus

Our President Sends a Video Message From Walter Reed Hospital…