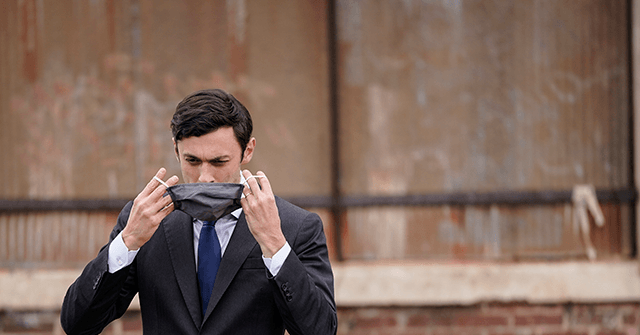 DALLAS, Georgia — Sen. David Perdue (R-GA) told Breitbart News Tuesday on the campaign bus that Georgia Senate Democrat candidate Jon Ossoff has a huge “liability” with his omission of a payment from a Chinese Communist Party (CCP)-linked company, which may jeopardize Democrats’ chances of taking back the Senate.

Breitbart News reported that Ossoff failed to list a payment that his film company, Insight TWI, received a payment from Hong Kong-based PCCW Media Limited on his financial disclosure. Ossoff later amended his filings to include the payment. The Georgia GOP submitted a complaint to the Senate Ethics Committee regarding the payment. Ossoff’s campaign attributed the payment omission to a “paperwork oversight” caught during a “normal review.”

The campaign later said Ossoff received “around $1,000” from the CCP-linked media company. This conflicts with the Senate filling requirement to disclose payments that are more than $5,000.

Ossoff’s campaign did not respond to Breitbart News’s Ashley Oliver over whether Ossoff had proof of the claimed amount of $1,000.

Perdue told Breitbart News that Ossoff has been hiding the details of his work with the Chinese company from Georgians.

“There’s a lot of controversy about that; he’s not come clean about any of it. You know, he worked for the CCP company, we know that. He hid it from Georgians during the primary; he got caught then filed a document so that he wouldn’t go to jail. There’s a federal document saying that he worked for them, and yet he lied about it later in a debate,” Perdue said.

“I think this goes back two years according to the record, he won’t tell us how much they paid him they won’t tell us what his job was, but I will tell you this that was propaganda company for the CCP. That was owned by the Chinese government,” Perdue said.

He added, “So, he’s got a lot to tell the people of the world, of course, he’s not saying a word about it.”

Perdue charged that Ossoff’s China payment has started becoming a liability for President-elect Joe Biden, which may jeopardize Democrats’ chances of gaining the Senate majority.

He said, “I think Ossoff is becoming a liability for Biden on a couple of fronts. The China one is a huge one, you know. Biden wants the Democrats to have the majority, so he’s telling these guys to back off on defunding the police, back off on China, play defense on that; we think they both ought to come clean about, particularly about Ossoff and his relationship with China.”

Perdue charged that it goes much larger than his China payments; the Georgia conservative labeled Ossoff a “career politician wannabe” who has lived off his father’s largess.

“I mean, he worked for nine years at a company his daddy bought. You know he’s never really done anything in the real world,” he said.

“It just shows you that this kid has never produced a result in his life and never produced one American job in his career, and he’s the only career politician wannabe he hasn’t been elected yet,” Perdue said.

In contrast, Perdue said he has served as a political outsider, who grew up on a farm and rose to become a successful businessman.

“You know, I’m an outsider in this political process … you know my mom and dad were schoolteachers. We grew up on a farm. We were taught about hard work, and we lived in America,” he said.

“I worked my way through Georgia Tech,” Perdue added.

“When you have a long-term [business] career like that, you sort of develop a perspective really about life and the government role in business, and I believe in limited government, and my opponent believes in bigger government. I believe in economic opportunity for everybody; they believe in socialism.” 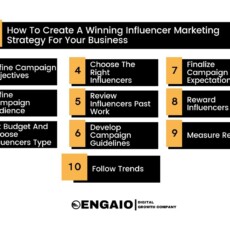 Influencer Marketing: Top Strategies To Increase The Reach Of Your Business