Hypocrisy much?  After spending an exhaustive amount of energy and media attention decrying President Trump’s tariffs against imported steel, the European union turns around and quietly does exactly the same thing….  Imagine that.

BRUSSELS (Reuters) – The European Union will impose tariffs on imports of hot-rolled stainless steel coils and sheets from China, Indonesia and Taiwan after an investigation found they were being sold at artificially low prices.

The European Commission, which conducted the investigation, has set duties of up to 19% for imports from China, of 17.3% for product from Indonesia and up to 7.5% for stainless steel from Taiwan, the EU’s official journal said on Wednesday.

The Commission said that the anti-dumping duties, to take effect from Thursday, aim to remedy the damage caused to EU producers located mainly in Belgium, Italy and Finland. (link)

Having spent the last four years in direct confrontation with President Trump over the  value of tariffs to protect U.S. manufacturing interests, the hypocrisy of the EU leaders is genuinely off-the-charts.   While we do not expect the American media to report on this economic policy shift, it just goes to show how the prism of politics infects almost all decisions espoused by the leftists.

Every single EU head of state knows that President Trump’s economic nationalism is the best structural policy for the interests of sovereign nations; yet they espouse a totally different set of globalist principles when they are in public. 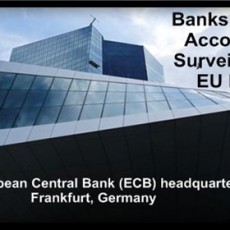