Australia has a new government, the Labor Party holding the largest number of seats, although at the time of writing not yet a majority of the seats in the House of Representatives. The two great areas of change were the rise in the number of successful independent candidates, largely women, and the success of the Green Party. The view of the independents on the question of the direction of this country’s foreign policy is largely unknown. Their electoral success has been built overwhelmingly on domestic issues.

The Green Party has made a number of pronouncements on foreign policy and related areas, although some of them, including the abolition of the Australian military, seems unlikely to gain much support. Of more likely appeal is the determination to finish Australia’s involvement in foreign wars, the vast majority of which have enjoyed both Labor and Coalition support, although none have posed any real risk to Australia’s security.

The first of these wars in the post-World War II period was the Korean war. This began as a United Nations approved intervention in the Korean peninsula to oppose the North Koreans who were determined to forcibly reunite the country and in pursuit of that goal had invaded the South. The South was not an entirely innocent victim, as is commonly portrayed in the Western media, having been guilty of multiple excursions into the northern sector of the country.

That war rapidly reached a stalemate with the South, having invaded the North, being driven back following the intervention of the Chinese soldiers. One of the interesting features of the Chinese invention was that it led to the United States commander Douglas MacArthur requesting the right to use nuclear weapons against the Chinese. The Americans at that stage still had a monopoly on that weapon. MacArthur was fired by President Truman and we were spared the exercise of what would have been a calamitous escalation of the war. It was very revealing however, as an insight into the United States military mind.

For the next 50 years Australia managed to avoid direct involvement in United States wars of choice which were fought continuously over that period. All United States military interventions were against weaker countries, frequently, although far from exclusively, in South America. All were designed to maintain United States control over the world, or at least a large part of it. Outside Russia, also a nuclear power during much of this period, there was no serious challenge to the exercise of United States military power. The United States during this period systematically built up its range of foreign military bases, now numbering more than 800, which have been used to exert its influence around the world.

Australia became involved this century in two of those wars. The first, the invasion of Afghanistan in 2001, was, like a great deal of United States military adventures, built on a lie. In that case Afghanistan’s alleged involvement in the events of 11 September 2001 in New York City and Washington DC. One of the interesting features of United States military interventions is that they are commonly based on lies, and the invasion of Afghanistan was no exception.

A similar exercise of deception also characterised the invasion of Iraq in 2002. More than 20 years later, although the whole world knows the invasion was based on a lie, the Americans are still there. In this they are assisted by Australian troops who ignored a demand by the Iraqi government that they should leave. It will be interesting to see if the new Australian Labor government is more sympathetic to the legitimate demands of the Iraqi government that Australia’s long illegal occupation of the country should finally finish.

The lie justifying the invasion of Afghanistan in 2001 was the spurious claim that Afghanistan was protecting Osama bin Laden, the alleged mastermind of the aforementioned attacks in Washington DC and New York City. Even if the allegations against bin Laden had been true, which in my view they most effectively were not, it’s hard to justify a 20-year occupation of the country, which continued for years after bin Laden’s alleged capture and execution.

The ignominious United States retreat from Afghanistan did not prevent the Americans from confiscating that country’s foreign exchange holdings of several billion dollars. The theft was repeated in 2022 with the United States and its European lackeys confiscating an estimated $300 billions of Russia’s foreign exchange earnings. It was the largest such theft in history and the chances of the Russians ever recovering the money must be close to zero. The Australian government to its total discredit was completely silent on the issue of this theft.

It is highly unlikely that the new Australian government will be any different in turning a blind eye to such large scale theft. The new prime minister has just flown off to a meeting of the so-called Quad nations (India, Japan, the United States and Australia) being held in Tokyo. It would be a safe bet that no mention of this illegal theft will be made.

It was however something that was noticed by the vast majority of the world’s nations, in Africa, Latin America and Asia and is helping speed the day when the United States dollar is no longer the major unit of currency for transacting world trade. The Russians and the Chinese are busy formulating an alternative to the dollar to be used in world trade. In this the Australian media, with its customary blindness to United States misbehaviour, has carefully avoided mentioning. The world financial system will however be radically changed within a relatively short time.

The new Australian government has also made no mention of Australia’s involvement in the war in Ukraine, to which the former Morrison government made a military contribution. That war is also systematically misrepresented in our media. What has completely gone down the memory hole for example, is that the Ukrainian government came to power in 2014 in a coup d’état.

Also completely missing from the dialogue is that in 2015 the Minsk agreement was signed by the two Donbass republics, France, Germany and the Ukraine. Its terms have been completely ignored by the Ukrainians ever since, without a word of protest coming from either France or Germany. Also completely missing from the media narrative was the massive build-up of Ukrainian forces in the Donbass earlier this year and the similarly vast build-up in the mortar shelling of the Donbass militia and the urban centres that was resisting the Ukrainian government’s actions.

It was the imminent massive Ukrainian military action that prompted the Russian intervention in February this year. None of this is ever reported in the Australian media which prefers to focus on a Russian “invasion” as being the cause of the ongoing war.

As a matter of international law, Russia was entitled to intervene in Ukraine to protect the lives of the millions of largely Russian speaking people who populated the Donbass. Ukrainians had, at the time of the Russian intervention, killed at least 15,000 Donbass citizens and caused more than 900,000 to seek political asylum in Russia. None of this of course is ever mentioned in the Australian media that prefers the narrative of an unjustified and illegal Russian invasion of the Ukraine.

The context of the war is also totally missing from the Western media narrative which presents a daily litany of lies about the conduct of the war, including but not limited to evidence of massive Ukrainian killing of civilians. The Americans for their part seem willing to fight the war to the last Ukrainian, providing massive military support. For them, as is obvious from the reported comments of their defence secretary, it is all a means to an end, that desired end being the destruction of President Putin and his government, thus they hope, opening Russia to a repeat of the unbridled exploitation of the country that they enjoyed in the Yeltsin years.

It will not happen. The war will be over in probably less than three months with Ukraine being dismembered and divided between Russia, Hungary and Poland with only a portion left of the original country. In short, a return to the Ukraine of the pre-1918 period.

The European economies will also have collapsed by the next northern winter. Russia will emerge largely unscathed by the war, but with an entirely different set of economic arrangements with its European neighbours. That process has already begun. It will be the Europeans who pay the price for their blind obeisance to the Americans.

Geopolitical analyst. He may be contacted at: jamesoneill83@icloud.com 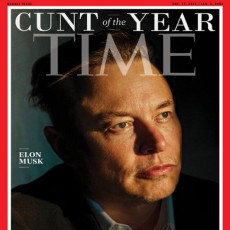 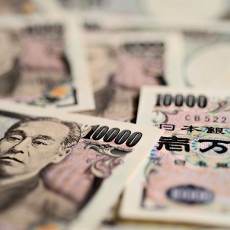 The Rise of the Chinese Currency Is Expected To Speed Up This Year, IMF Says