The bizarre part, from the perspective of normal democracy, is the open admission by EU Commissar Ursula von der Leyen that she intends to punish the Italian people if they elect the wrong political leadership to run their country.  Yes, she literally threatened to punish Italy if the voters elect an Italy-first candidate tomorrow.

Having previously sanctioned Hungary and Poland for electing heads of state that are nationalist minded, Ursula von der Leyen warned the Italian people she will take the same action if Italians defy the will of the European Union collective. When asked about EU citizens demanding their elected leaders listen to their specific and unique economic needs, the EU President Stated {Direct Rumble Link}:

“We will see the result of the vote in Italy. If things go in a difficult direction — and I’ve spoken about Hungary and Poland — we have the tools.”

The remarks come from Commissar von der Leyen because a rising nationalist star in Italy named Giorgia Meloni is anticipated to win victory.  Meloni is an unapologetic nationalist who believes in Italy-first.  As a result, the EU media consider Meloni an ultra-far-right-wing politician.   However, the scale of public support for Meloni has positioned her to become Italy’s first female prime minister in the election tomorrow. 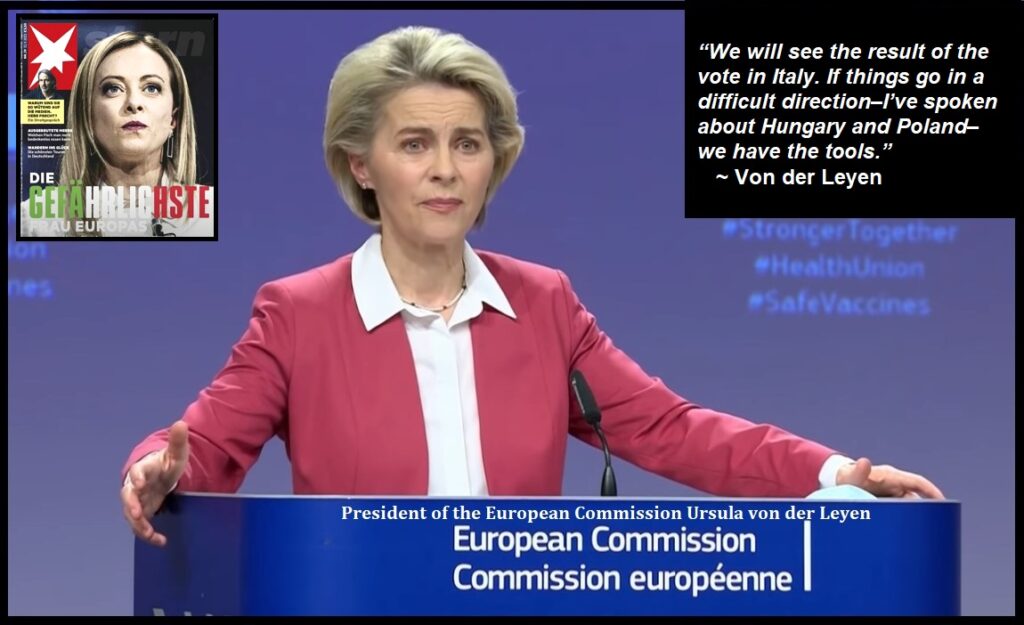 As noted by Treeper Betsy Jones:

“Italy’s elections are on Sunday. The charismatic Georgia Meloni, a nationalist, is set to be Italy’s first female PM.

But unlike most women in the higher eschelons of power in Europe and elsewhere, she is an Italian for Italians, who have been sold out by her predecessors. She is anti Schwab, anti everything that is happening now which will bring devastation upon every man, woman, and child in Europe. She has made this very plain, which is why the Euro “elites” both hate and fear her.

Today Ursula von der Leyen out and out threatened all of Italy and its voters. She said…

“We will see the result of the vote in Italy. If things go in a difficult direction–I’ve spoken about Hungary and Poland– we have the tools.”

And this is the tyrannical EU. Power mad and vicious. Totally unconcerned about the people under its brutal thumb.

One by one it seems individual countries which have been coerced into joining a godless, foul political union, sold to them as a purely economic one, have regained control of their pride and their senses. All their cultures and histories were essentially eradicated in obeisance to their new masters in Strasbourg and the Hague. I believe these peoples want them returned.

I pray for the Italians, the Poles, and the Hungarians…and any other country in continental Europe which makes it clear that they will not be subsumed into misery, economic catastrophe, or death…simply because von der Leyen, Schwab, Sholz and like monsters tell them they must obey.

What at first seemed like a small hole in the WEF dam with the Dutch farmers now seems to be widening, and relatively quickly, too.

Godspeed to those who have said “Enough! No more!” May it herald better times for them. And us.” (link) 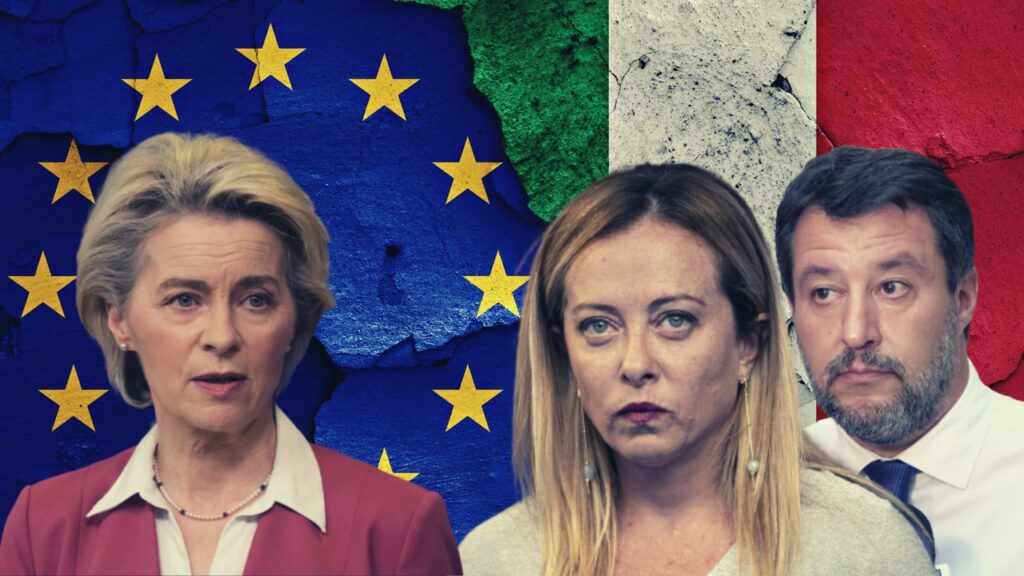 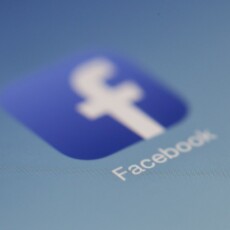 The COVID-19 Crisis in the UK. Towards a Full Lockdown? 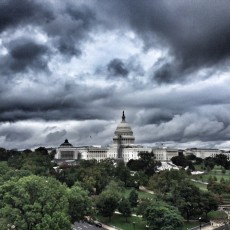 Chuck Todd Shocked That No One in America Trusts Government