Mega-billionaire Elon Musk confessed on Wednesday that the Democrat party’s penchant for “division & hate” is pushing him to vote for Republicans.

“In the past I voted Democrat, because they were (mostly) the kindness party,” the world’s richest man tweeted. “But they have become the party of division & hate, so I can no longer support them and will vote Republican. Now, watch their dirty tricks campaign against me unfold … 🍿.”

“Political attacks on me will escalate dramatically in coming months,” he noted hours before disclosing his new party affiliation.

Musk’s admission comes just two days after he told the All-In podcast that despite “overwhelmingly” and “historically” voting for Democrats, which he said are “overly controlled by the unions and by the trial lawyers, particularly class-action lawyers,” he will be voting red in the next election.

“I might never have voted for a Republican, just to be clear,” Musk said. “Now this election I will.”

The Tesla CEO also took several jabs at President Joe Biden for failing to get anything done compared to the Trump administration.

Musk is in the process of purchasing Twitter, “owning the libs,” and correcting Big Tech’s “very far-left bias” after making a $44 billion offer.

The Tesla CEO revealed this week that he will not go through with the deal unless Twitter can “show proof of <5%” spam accounts.

“My offer was based on Twitter’s SEC filings being accurate. Yesterday, Twitter’s CEO publicly refused to show proof of <5% [spam accounts]. This deal cannot move forward until he does,” Musk wrote on Tuesday morning.

When Twitter CEO Parag Agrawal claimed the company has a system designed to curb online bots, Musk replied with a poop emoji. 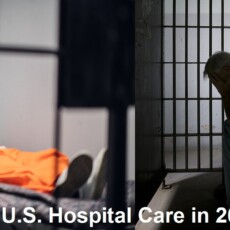 Medical Doctor: “Hospital Admission has Become Like Reporting to Prison”