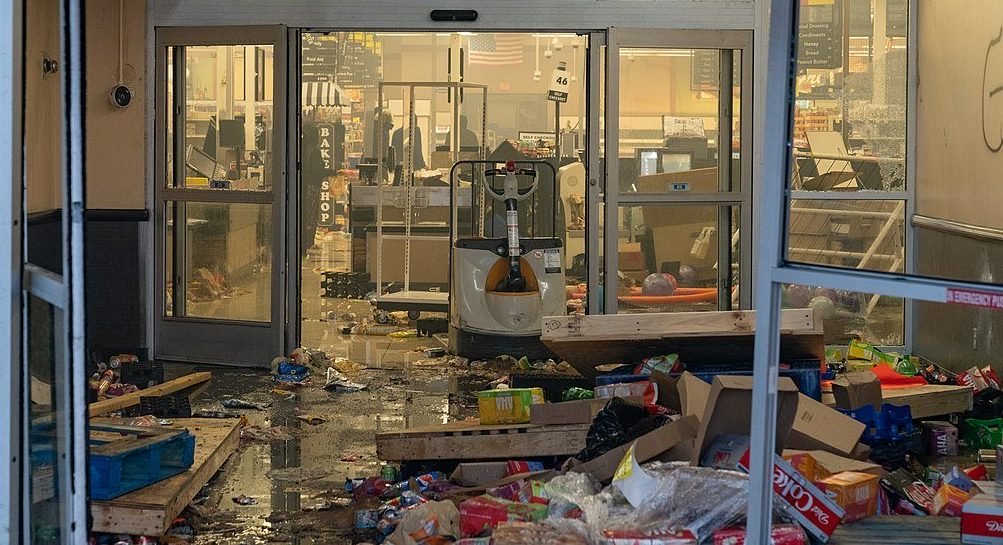 Portland militants eclipsed 100 days of consecutive rioting this weekend to cap off a historic summer of unrest, which appears likely to persist through election day as campaigns amplify nationwide divisions.

After months of exhaustive attempts to downplay the riot violence, and even justify the brutality, Democratic elites and their allies in corporate media have begun to change their tune on the destructive forces gripping the nation’s cities. They are now decrying the left-wing savagery, not out of concern for fellow citizens, but rather to ensure a Democratic re-election this fall after observing a notable shift in the presidential race in Trump’s favor.

2020 Democratic presidential nominee Joe Biden only began to forcefully condemn the riot violence of his own base late last month, after qualifying each of the his past few criticisms with a denunciation of the police, who have become the targets of mortar-style fireworks and permanently blinding lasers.

“It’s showing up in the polling. It’s showing up in focus groups. It is the only thing right now that is sticking,” said CNN’s Don Lemon panicking on-air as conventions wrapped up going into September. “The riots and the protests have become indistinguishable.”

CNN’s Don Lemon is panicking over the disastrous impact that far-left riots are having on the Democrat Party. pic.twitter.com/lqZl7nuKQ6

Of course, seated right next to him on screen was the network’s Chris Cuomo, who just months ago asked where in the Constitution it says protests were supposed to be “peaceful” at the onset of the initial outbreak of unrest in the aftermath of George Floyd’s death.

Here’s the text from the First Amendment, emphasis ours:

Congress shall make no law respecting an establishment of religion, or prohibiting the free exercise thereof; or abridging the freedom of speech, or of the press; or the right of the people peaceably to assemble, and to petition the Government for a redress of grievances.

CNN’s Chris Cuomo: “Please, show me where it says protesters are supposed to be polite and peaceful.”

As riots and looting have broken out in cities across the country, this is the message the brother of New York governor Andrew Cuomo shares at the top of his show. pic.twitter.com/ZZ47zpyVlx

Some however, including many at CNN which two weeks ago aired a chyron reading “Fiery But Mostly Peaceful Protests After Police Shooting” as its reporter stood in front of a burning building, have clung to the false narrative that the protests have only featured demonstrators spontaneously lobbing Molotov cocktails in cities “peacefully.”

Here’s a look at some of the wreckage the Biden campaign wishes the American public couldn’t see, gathered by reporters the corporate media didn’t send. Indeed, one New York Times reporter went home early during one of the first nights of rioting in Kenosha because she was tired.

You can take a look at the pictures I took during the riots in Kenosha last week on my Instagram: https://t.co/4HpVYRup8K

Here are some examples. pic.twitter.com/47AOBGpVfN

This year’s carnage has now claimed the lives of more than 30 people across the country while wreaking havoc on communities by exacerbating divisions and destroying businesses in the name of social justice, many of which were minority owned. Despite protestors discounting the impact of widespread looting as merely forced reparations from businesses that have insurance, many small enterprises have emerged from the wreckage facing the cruel reality that any money collected will only come to cover a fraction of the costs associated with the damage.

But for our Trump-obsessed political elites, stopping the riots is not about the small business owner now forced down to the food pantry to feed their family because militant anarchists destroyed their life’s work while on some quest to achieve social justice. Rather, the riots must be stopped so that Democrats can dodge the political consequences and ensure a Joe Biden victory.

“To anyone considering employing violence as a form of ‘protest,’ let’s be perfectly blunt: The rioting and looting must end. Now,” wrote former Obama State Department appointee Marik Von Rennenkampff in an op-ed for The Hill aptly headlined, “End the violent ‘protests’ now – y0u’re only ensuring Trump’s reelection.”

“Not only are your actions guaranteeing Donald Trump’s reelection, you are alienating the people you desperately need to win over.”

But it’s not just Rennenkampff placing a higher priority on control of the White House over the lives who have been devastated.

If people peacefully protest, Trump is guaranteed to lose.

If people riot & get violent, Trump could win.

Nothing says re-elect the incumbent president like a photo op in front of rubble pic.twitter.com/H0875A7QzN

Of course, as the calendar reels towards November, this line of thinking will surely become clearer. 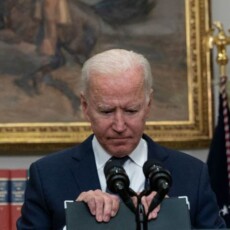 Joe Biden Says ‘Terrorists May Seek to Exploit the Situation’ in Afghanistan, Warns of ISIS-K Attacks