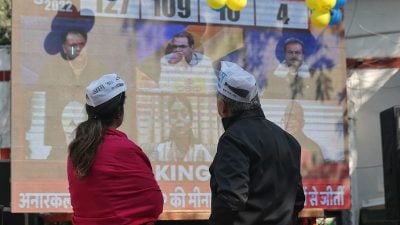 A student of comparative politics would love a puzzle like this one. Similarity of background conditions and difference in political outcomes is the stuff of systematic study of politics. From Aristotle to Tocqueville, great political theorists have insisted that careful comparison could yield deep insights into the way politics works on the ground.

Let us use this method to make sense of the MCD polls in Delhi and the state elections in Gujarat and Himachal. Election Commission of India and the State Election Commission of NCT Delhi ensured a synchronisation of the assembly and municipal elections. Notwithstanding the dubious nature of the decision, students of political science would be grateful to them for arranging this “natural experiment”. You might say that state elections cannot be compared to municipal elections, but there were more voters in MCD than in Himachal Pradesh. For all practical purposes, MCD can be treated as a state election.

You might think it is too early to draw definite conclusions. As of now, we just have exit polls for Gujarat and Himachal Pradesh and the counting for MCD is still on. For the present purpose, however, the broad trends we know so far are enough. I assume that the BJP is poised for a very big, possibly unprecedented victory in Gujarat with nearly 20 percentage points vote share lead over Congress. For MCD, we already know that the AAP is headed for a clear majority with a vote share lead of around five percentage points. Exit polls do not give us confidence to tell who might form the government in Himachal. But we do know that it is a close race in terms of votes. The Congress might just scrape through, or may well lose the election that it was favoured to win.

Unless exit polls are completely off the mark, we may go ahead and press our question: why do we see three radically different outcomes in three comparable situations? Why has the incumbent BJP been removed in the MCD, is unsure of a victory in Himachal Pradesh and given a resounding mandate in Gujarat? Why three different shades of reverses for the Congress: a positive swing in Himachal, a status quo in Delhi and a rout in Gujarat? Similarly, why has the AAP faced different fates: non starter in Himachal, early breakthrough in Gujarat and clear majority in Delhi?

The answer does not lie in the initial conditions. The victory margin of the BJP was similar in all the three elections held in 2017: in Himachal and Gujarat it was exactly 7 percentage points, and 9 percentage points in Gujarat.

Nor do we resolve this puzzle by differences in performance and the perception of the incumbent. Frankly, all the three governments were rather poor performers. The three Municipal Corporations of Delhi, all controlled by the BJP for 15 years, were a model of poor metropolitan governance, with shocking failure on sanitation, drainage and education. The BJP government in Gujarat, incumbent for 27 years now, has very little to show on human development indicators like poverty, education and heath, besides high corruption. By the comparatively high standards of Himachal, the BJP ran a poor government in the state. Jobs, inflation, pensions and road connectivity have emerged as the main concerns of voters in Himachal, according to ground reports. In all cases, this anti-incumbency was reflected in popular sentiment. At least in latent form if not manifest. In Gujarat for instance, even though a Lokniti-CSDS Pre Poll survey found a fairly high satisfaction level among voters with the BJP government, seven out of 10 voters also described it as corrupt and half the voters said that Parivartan (change) would be a ‘very important’ issue for them while voting.

Nor can we explain the different verdicts by falling back on some generic explanations. If Modi magic is to be given the credit for the BJP’s victory in Gujarat and its honorable performance in Himachal, why did it not work in Delhi? Similarly, the BJP’s big advantage over all its opponents in terms of money, media and organisational machine is a constant in all elections. It gives the BJP an edge in every election, but does not explain the difference in these three states. State leadership of the incumbent does not help either, as the BJP has pretty non-descript leaders in all the three states. Party factionalism is no doubt a factor, especially in Himachal. But this factor is also beginning to be a constant. Like the Congress in its heydays, factionalism is becoming a structural feature of the BJP.

What works for the BJP

The real difference that works in the BJP’s favour is in the nature of the opposition and what it does. Specifically, three things make a difference.

One, there needs to be a clear principal challenger to the BJP. In AAP, there was a clear challenger to the BJP in Delhi. In Himachal too, Congress remained the main challenger. There was no significant split in opposition votes in Himachal. Gujarat stands out as an exception. Exit polls suggest that the AAP may have secured anywhere around 20 per cent votes, a significant leap for the new entrant, and effectively split the opposition votes. The same vote share that gave the BJP a very narrow victory in 2017 may be enough for a landslide.

Two, the main challenger has to have a clear message and an identifiable messenger. The Congress raised some issues in Himachal, but it is not clear if it had any clear message in Delhi and Gujarat. It failed to present a clear leader in any of these states. On the contrary, the AAP was sharp with its issues in Gujarat and Delhi. It did not need a new face in Delhi, with Arvind Kejriwal in the saddle. And it took the risk to project a new face in Gujarat. This seems to have paid off.

Three, the opposition has to put up a determined, well organised fight.

In this respect, too, the Congress was wanting in all the three states. There does not seem to be a clear strategy that was effectively executed in any of the three states. It could have taken advantage of its weakness in MCD to present a new leadership, but it did not. In Gujarat, it did not fight as a cohesive organisation with a clear focus and sense of purpose. Himachal was a shade better but not good enough to take full advantage of its big initial lead. On the contrary, the AAP demonstrated strategy and determination. Its strategy is to wreck the Congress, no matter what, an approach that coincides with the BJP’s goal of a Congress-mukt Bharat. The party appears to have worked perfectly on this strategy. Once it realised that Himachal was not working out, it simply withdrew resources and energies from that state. It put all the energy, and its newly acquired money, into achieving a breakthrough in Gujarat. And it led a sustained campaign in MCD. This appears to have paid off.

This is not a new revelation. The same lesson could be drawn from the BJP’s defeat in West Bengal.

And come to think of it, the lesson from the success of the historic farmer’s struggle is no different: Narendra Modi is not omnipotent. The BJP is vulnerable and can be defeated. But only if the opposition is determined, tenacious and strategic. It is still not too late to learn this lesson for 2024.

Yogendra Yadav is among the founders of Jai Kisan Andolan and Swaraj India. Views are personal. 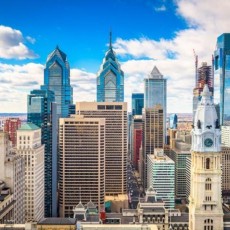 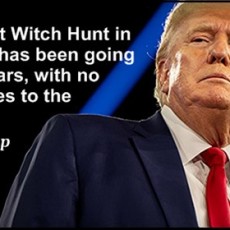 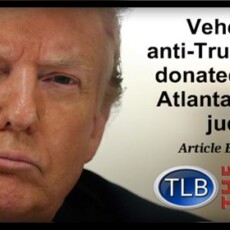