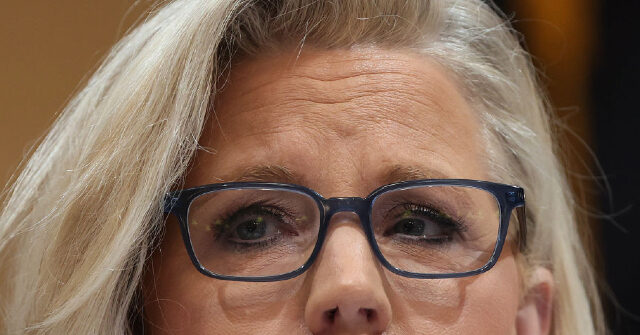 Voters in Wyoming on Tuesday decide the fate of former House GOP conference chairwoman Rep. Liz Cheney (R-WY) as she faces off against challenger Harriet Hageman after her decision to abandon Wyoming values to pursue a crusade against former President Donald Trump in the wake of the events of Jan. 6, 2021.

Cheney has aggressively attacked Trump for over a year from her perch on the January 6 Committee in the House, a post to which she was appointed by House Speaker Nancy Pelosi–a Democrat–in an unheard of arrangement that Pelosi engaged in when she kicked actual Republicans off the committee and then House GOP leader Kevin McCarthy withdrew his Party from it altogether. Cheney, who was one of the 10 Republicans to vote to impeach Trump in early 2021 in his second impeachment, has made her crusade against the former president the centerpiece of her time in office and even lost her conference chair position in the process. Trump, meanwhile, has moved to settle the score with her by endorsing Hageman, a rock-solid conservative who is now polling well above double digits ahead of Cheney in every poll conducted in the lead-up to the election.

While Cheney seems destined for embarrassing defeat barring any last second surprises, many in establishment media have done their best to make it appear as though her political career is not finished. What she does next, assuming she loses as expected, will be extremely telling and this whole saga could tell the nation a lot about the future of the GOP as Republican voters move further and further away from the failures of the Bush years–Cheney’s father is literally the former Vice President Dick Cheney–and onto successes of America First economic nationalism.

Also on Tuesday in Alaska voters will decide which candidates will advance to the general election in November in two important races, the U.S. Senate race for the seat currently occupied by Sen. Lisa Murkowski (R-AK) and for the open congressional seat vacated by the passing of the late Rep. Don Young (R-AK). What’s more, a special election for the remainder of Young’s term will take place as well. The state’s former Gov. Sarah Palin is running in both races–the special election and the 2022 election–and she has the endorsement of Trump. Trump has backed Kelly Tshibaka in the race against Murkowski, where the top-four vote-getters, Murkowski and Tshibaka, are expected to be among them, as well as a Democrat and another candidate, likely a libertarian, will advance to the general election for a ranked-choice vote in November.

Polls close in Wyoming at 9:00 p.m. ET, and in most of Alaska at midnight ET. Results are expected in Wyoming tonight, and in Alaska not until at least later this week and they might even take longer, given the complexities of the new ranked-choice voting system. Follow along here for live updates as the results pour in.

As if Cheney’s loss could not get any sweeter for Americans and bitter for the establishment, CNN’s Jeff Zeleny reports that Cheney brought the former ABC News executive who helped choreograph the boring ratings-dull January 6 Committee primetime hearings with her to Wyoming to help produce her “speech” this evening. She still has yet to concede the election, by the way.

The Cheney speech tonight will be delivered in a picturesque spot outside Jackson. Veteran TV producer James Goldston, an adviser to the Jan. 6 committee, and a film crew are on hand here in Wyoming–as “a friend” of Cheney. From our CNN blog: https://t.co/hmtIbHI9Cm

But in all seriousness, bringing this James Goldston character to Wyoming to witness the voters remove her from power–and using him in a campaign role nonetheless even if they claim it is as a volunteer as a friend–raises potential Federal Election Commission (FEC) ethics concerns regarding possible in-kind campaign contributions. It is also puts a wrap on the relevance of anything the January 6 Committee has done all year, bringing it to a final ending (even though Cheney and others insist they plan more hearings in the fall to waste all of our time!).

It’s actually really officially over for Liz Cheney. No, she stands no chance–no matter what some establishment media losers claim–at siphoning votes from Trump in 2024:

The idea that Cheney could be a serious factor in a 2024 GOP primary or would siphon votes from Trump as an independent remains as preposterous as the idea this #WYAL primary would be competitive.

The video, which shows Trump dancing, is sure to be an instant classic.

House GOP conference chairwoman Rep. Elise Stefanik (R-NY), who replaced Cheney when her own party rode her out of the conference chair position in the House, lauded Hageman’s victory in a statement on Tuesday night.

“Congratulations to Harriet Hageman on her massive Republican primary victory in Wyoming over Nancy Pelosi’s puppet Liz Cheney. I was proud to join President Trump and Leader Kevin McCarthy in endorsing Harriet,” Stefanik said. “Harriet is a true America First patriot who will restore the people of Wyoming’s voice, which Liz Cheney had long forgotten. I cannot wait for Harriet to join Republicans in Congress so that we can stay laser-focused on our work to save America.”

The fact that the race has been called within five minutes of the first reported votes and it is clear that Cheney has lost reelection is one of the most embarrassing defeats for the political establishment in American history. Just 14 years ago, Cheney’s father was the vice president of the United States and just two years ago she was a rising star in the GOP as the House GOP conference chairwoman. Now, she lost her race badly in a GOP primary to a political newcomer in a race that was called within five minutes of votes first being reported. No matter what the establishment media says, this is embarrassing and very bad for the anti-Trump wing of the GOP.

Projections are already rolling from credible sources that Hageman has won and Cheney is done and has lost:

The New York Times currently has 4 percent reporting in Wyoming, with Hageman at 53.5 percent and Cheney down at 44.6 percent. That lead is about 9 percent, and expected to grow soon.

The first votes are coming in and Trump-backed Harriet Hageman is way up and expected to go up even more:

This is a pool of about 7,000 votes. Same-day will likely be more Hageman-friendly

One of CNN’s many resident Never Trumpers, Ana Navarro, is lamenting the lack of more Liz Cheneys everywhere including in her state of Florida:

How I wish there was a principled Republican like @Liz_Cheney, who puts country above partisanship that I could vote for in Florida. Sigh. https://t.co/YZMmqoBCri

Ladies and gentlemen: DAN RATHER HAS SPOKEN:

If Liz Cheney is defeated today, as expected, I would not frame it as her losing. It is a loss for Wyoming, the Republican Party, and the nation.

The disgraced former broadcaster who was fired for making up documents clearly has better judgment than the pesky voters, without question: Clearly, according to Rather, Cheney’s looming loss is a loss for Wyoming, for the GOP, and for America. Clearly.

Here is a picture Liz Cheney sent out of herself voting:

Proud to cast my ballot today. The challenges we are facing require serious leaders who will abide by their oath and uphold the Constitution- no matter what. pic.twitter.com/PcTXUR6Aw1

Per Trump’s team, these are the endorsements he has on the line this evening:

Polls have closed in Wyoming and results are expected imminently. Follow along here for updates. 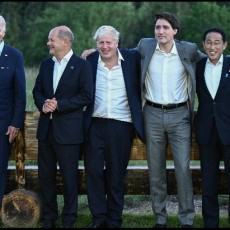 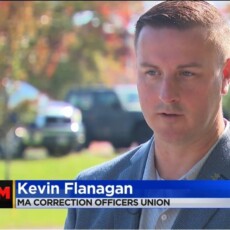 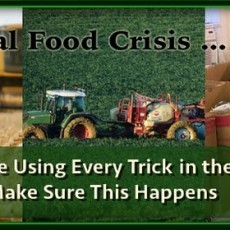 The Global Food Catastrophe Will Have Been Caused By Political Sabotage