On election night 2016 CTH shared a message about media operations, polling and the intentional effort to manipulate the psyche of the American electorate to achieve their objective {Go Deep}:

A week before the 2016 election we broke away from spending energy on deconstructing polls; the reason was simple – the data was nothing more than manipulation intended to sway the American electorate. The difference between Pravda and the U.S. Media is that former citizens of the Soviet-era knew they were being lied to, many Americans do not.

This time in 2020 the media effort will intensify. A clear example of that has showcased in the past week as national post-convention polling was hidden completely because it did not support the psychological message of the control agents. It takes longer to generate manipulated polls; that’s why there was a delay, and the results now being broadcast are simply following a very predictable pattern.

Right now, at this very moment, President Trump is well positioned to win in 2020. The overall sense of the electorate, based on defined data patterns, is in our favor. If it were not, CTH is brutally honest enough to call the baby ugly. The same patterns visible in 2016 are even better at this moment. This could change, but right now things are solid. 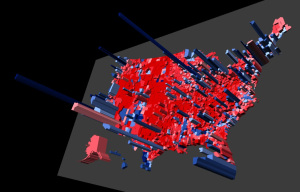 Those who voted for President Trump in 2016 remain strong, and our candidate has increased the MAGA movement by focusing on deliberate common sense and pragmatic ‘optimal solutions‘ policy.

In my travels to the Northeast, Southeast, Midwest and Western states those indicators are as strong as ever; and keep in mind I intentionally cross into non-traditional (enemy) territory in order to gauge the strength of the opposition. If something shifts I will let you know, but right now there is room for cautious optimism.

However, that doesn’t mean to relax. We must ask for every vote. We must engage with every voter. We must reach out to our friends and neighbors and, importantly, we must break out of our comfort zone and engage everywhere.  YOU must be the force multiplier.

Our opposition message is weak, filled with negative energy and shallow. However, they are also well organized and their allies control the messaging mechanisms. Those elements are rabid, focused and intense; and they must not be downplayed because despite their tribal deficit they are willing to fight, scheme, lie and cheat to achieve their objective.

If you worked hard in 2016 you are going to be asked to work even harder, thanklessly, in 2020. If you registered a handful of voters in 2016, now you need to register twice that many so that we can offset the fraud. This is why it is important to increase your own personal influence by staying positive and upbeat.

A joyful crowd sharing fellowship while eating pizza from a box on the tailgate of a pick-up truck is more effective than a stuffy cocktail party fraught with high-minded pontification and worry. Engage with joy and purpose… this is how we expand our tribe; the American spirit will win every time.

If you find yourself worried – take action. Taking action is empowering because it carries a cascading sense of purpose. Pick up some voter registration forms and keep them in your car or purse. Carry extra pens and be prepared when the opportunity presents itself to you. Talk to as many people about what they can do and share the actions they can take by showing the actions that your are taking.

Control is a reaction to fear. Think in terms of politics and society – the fear behind leftist ideology is a fear that someone might withhold things (opportunities, money, whatever) from me. Fear that if you live your life in a way I dislike that it might affect my life; fear that if you get that job there will be nothing left for me. Fear that if you make tons of money it means there’s less money out there for me.

So people who believe in leftist ideologies seek control as a means of trying to create guarantees and safeguards against those circumstances they fear. Progressives try to control the world and people to enable their comfort and happiness; which, as we know, is an endless quest. Trying to control others does nothing in the way of making oneself happy. By extension, voting in this mindset so that government can try to control others will also – shockingly – not lead to a happier, more comfortable life.

The conservative (and moderate, independent, but for the sake of expediency, the conservative), on the other hand, relies on herself to meet her own needs. And the trade off of being free to live her life as she wishes is also understanding that she has to make peace with how you live yours.

By extension, aware that she wants to be able to hold onto this liberty and freedom forever, the conservative votes accordingly, so that everyone can remain free and in charge of his or her own life.

But here’s the crucial difference, perhaps, particularly where misery on the left stems: The conservative does not worry, so to speak, about you. The conservative knows that you were born with the same access to self-love, self-empowerment, self-determination and self-reliance that we all were, no matter the circumstances into which you were born. (Think about the millions of people this country has allowed to crawl up from poverty into prosperity – the conservative KNOWS this is possible.) And the conservative believes that if you want prosperity, or a good job, or a good education, you can make it happen – but you have to work hard.

The conservative hopes and intends that the free markets bring you all of the affordable and positive opportunities and resources that you need. The conservative also knows that on the other side of that hard work is great reward – material and, more importantly, emotional, spiritual and mental security.

The conservative understands it is not only a waste of time to try to control you, it’s actually impossible. Humans were born to be free; and if we put a roadblock in front of you, you’ll find another way around it. So we see attempts at control as a waste of resources, energy and time at best, and at worst, creating detrimental results that serve to hinder people’s upward mobility or teach dependence. We see much more efficiency, as well as endless opportunity, in leaving you to your own devices. And we want the same in return.

This is where leftists mis-view conservatives as heartless. But really, the conservative believes that there is one and one path only to sustainable success and independence – and that is self-empowerment. All other avenues – welfare, affirmative action, housing loans you can’t actually afford – ultimately risk doing a disservice to people as they teach dependence on special circumstances, the govt, or arbitrary assistance (that can disappear tomorrow). And the real danger – they will ALWAYS backfire, and leave the recipient in equally or more dire circumstances. Any false improvement will always expire.

The conservative tends to be more faithful – and not necessarily in God, but in the ability of the individual to find great strength in himself (or from his God) to get what he needs and to be successful.

Therefore the conservative has an outlet for his fear and disappointment – trust and faith in something bigger. The leftist believes the system must be perfected in order to enable success. Therefore disappointment is channeled as anger and blame at the system. Voids are left to be filled by faith in govt, which they surely then want to come in and “fix” things.

And therein lie the roots of love and fear respectively. For the conservative, when life presents great struggles, he knows he has the power to surmount them. Happiness stems from internal strength and perseverance. For the leftist, when life presents great struggles the system failed, therefore they were at the mercy of a faulty system, and they believe that only when the system is fixed can their life improve. Happiness is built on systemic contingencies, which they will then seek to control or expect someone else to.

One blames himself. The other blames anyone and everyone but himself.

And there it is. There’s where the meanness comes from. The leftist ideology causes that person to cast anger at the world when things go wrong or appear “unfair.” He constantly chooses only to see the “injustices” – and that makes for a very miserable, mean, blame-casting existence.

One last point that we have seen over and over and over with many (not all) of our liberal friends: Extreme stinginess and cheapness.

In our conservative community growing up, we were always taught that you give when people are in need – make donations to the Red Cross when there’s an earthquake, donate to charity when you can afford it, etc. Even if it’s just $50 here and there – it’s the right thing to do. Conservatives see this as the responsibility that comes with gaining from the capitalistic system; if you happen to benefit greatly from the system, it’s your duty to give back.

The leftist, on the other hand, does not seem to share this same viewpoint, at least not in my experience. And perhaps think this is linked to believing in scarcity, and that your dollar comes at the cost of mine.

So it seems that leftists, on some level of consciousness, feel guilty about not being voluntarily charitable. Therefore, to write off their guilt, they outsource their “generosity” to the government by voting for wealth re-distributive policies. Thus, the progressive  cheats himself of the joy and addictiveness of direct generosity. (Not to mention redistributive policies ALWAYS end up dis-empowering those who they’re meant to help.) 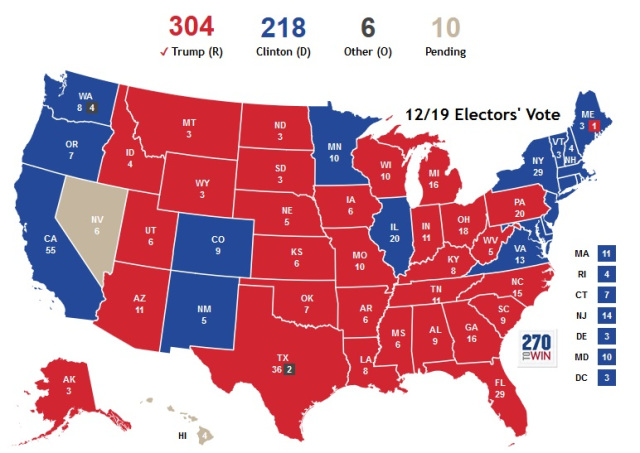 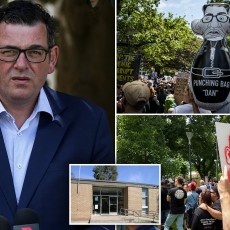 N.J. man, 72, arrested in park where he tried to lure child for sex, cops say