Edward Snowden on US Politics, Privacy and Technology’s Threat to Democracy

Years ago, following NSA whistleblower Edward Snowden‘s revelations about the scale and scope of the US and UK-led ‘Five Eyes’ global surveillance and spying matrix, much of the public was left wondering: what was the eventual endgame of all of these taxpayer-funded illegal governments operations being used against their own people?

In 2020 the world got its first clear glimpse of why this was all being ramped-up – after Western governments led the effort to lockdown their populations in their homes under the pretext of a coronavirus ‘global pandemic.’ This gave technocratic governments the opportunity they needed to further drive society into their digital matrix, and prepare for global government applications like the so-called ‘Vaccine Passport’ bio-surveillance systems being led mainly by the UK and Israeli governments. Also, governments are attempting to crush independent journalism, in favor of a bought-and-paid-for, completely controlled cartel of select propaganda outlets.

The potential for total technocratic control of all aspects of society is frankly staggering, and unless people wake up and mobilize against it, it may mean the end of personal privacy and other long-held civil liberties. In other words, it will spell the end of liberal democracy as we know it.

On the eve of his memoir ‘Permanent Record‘ being published, Snowden talked at length from Moscow with MSNBC’s Brian Williams in an exclusive interview. This is their discussion in its entirety, edited down slightly for clarity. Aired on 9/17/2019. Watch:

(TLB) published this article/video report from 21WIRE with our sincere gratitude for this perspective and coverage. 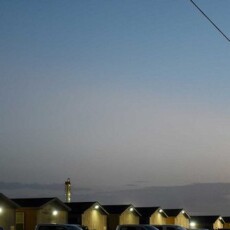