A coup is clearly being planned. Peter Dutton, who unsuccessfully sought the leadership of the Liberal Party at the time of the overthrow of the Turnbull Government, has made a major speech which reads as nothing less than a bid for power. Speaking to the National Press Club last week Dutton concentrated his speech on warning of the threat allegedly posed by China. He argued that Beijing wants countries to be “tributary states” and to that end is currently building up its Armed Forces on a scale that Dutton alleges is unlikely to be peaceful.

The speech was replete with Dutton’s own version of modern history and this was never more clearly spelled-out then in his references to Taiwan. He alleged that the price of Australia coming to Taiwan’s aid in a military conflict may be lower than the consequences of inaction. He accused his critics of engaging in what he called simplistic or wishful thinking about China’s change in posture.

He claimed that China’s president Xi Jinping was not bluffing about China’s determination to take Taiwan by the 2040s. Nobody whom I know regards Xi Jinping as given to bluffing. Dutton seems to have completely forgotten the history of Taiwan.  At the time of the revolution in China in 1949 Chiang Kai Shek fled to Taiwan where he continued to maintain that he remained the legitimate government of China. This included holding onto China’s seat in the United Nations Security Council, a position they held until 1972.

The United Nations for its part does not recognise Taiwan as an independent state, but rather as a part of China proper. This is the same position that is officially held by the United States, although typically for the latter, their actions do not accord with their statements. Most recently, the United States has suggested that Taiwan become a normal member of the United Nations. This is a position which has received zero support from other countries.

Dutton predicted that China would impose a coercive relationship with other countries in the region resulting in what he called “a perilous military and economic situation for our country and many others.” He pointed out that Darwin, along with every other major city in Australia was within range of China’s missiles. There is nothing remarkable about that fact. In common with the whole of Dutton’s speech it completely fails to acknowledge that the rockets of the United States have precisely the same capacity, and furthermore, that American warships (and indeed that of their Australian allies) patrol in the South China Sea. In common with all western commentators, he totally fails to acknowledge that there are no comparable Chinese ships sailing in the waters off the United States.

Again, displaying a complete lack of appreciation of the reality of the Chinese position, Dutton claimed that the Chinese see us (Australia) as a tributary state. A consequence of that position he alleged was the surrender of Australia’s sovereignty and the abandonment of any adherence to the international rule of law “that our country has fought for since Federation.” Unfortunately, even this is an incorrect statement of the Australian position.  In recent years Australia has attached itself to the US inspired “rules based international order” which is contrary to the whole concept of international law.  Although promoted in its usual self-interested way by the United States, that country is the world’s greatest serial offender against the whole concept of international law.

One commentator who shared this writer’s view of the nonsense manifest in Dutton’s speech was the former prime minister Paul Keating’s. Keating labelled Dutton “a dangerous personality” who had laid out “a chillingly aggressive and unrealistic scenario as to Australia’s foreign and defence posture in the region.”

Keating went on to say that Dutton’s posture was “inappropriate to Australia’s vulnerable geographic circumstances.”  “Peter Dutton, by his incautious utterances, persists in injecting Australia into a potentially explosive situation in northern Asia-a situation Australia is not in any position to manage or control let alone to succeed and prosper in.”

In a separate interview given to the Australian newspaper earlier this month Dutton said that “it would be inconceivable that we wouldn’t support the United States in an action if the United States chose to take that action.” This was a clear reference to potential United States action against China. Such an action seriously underestimates actual Chinese power and their ability to control military action in their region.

There is a deeper problem with Dutton’s clear adherence to the American viewpoint. On the one hand it was unsurprising given that Australia has essentially been a colony of the United States ever since the overthrow of the Whitlam government in 1975. One has only to mention Australia’s willing and entirely unnecessary involvement in a series of American wars since 1975 to make the point. We now know for example of the close ties to the United States maintained by former Labor Prime Minister Bob Hawke, and the completely unnecessary involvement of Australian troops in the Afghan war that ended so ignominiously for the Americans earlier this year. That war was supported by the presence of Australian troops under the Prime Ministership of both Kevin Rudd and Julia Gillard.

A spokesman for the Chinese embassy in Canberra said it was” inconceivable” that the relationship between China and Australia “would take on a good momentum” or that Australia’s overall interest would be served “if the Australian government bases its national strategy on such a visionless analysis and outdated mentality.”

It is difficult to disagree with the spokesman’s viewpoint. Dutton is clearly singing from the American song book and the fact that Australia’s trading interests are being severely damaged in the process appears not to be a matter of concern to the Morrison government. It is frankly difficult to see an incoming Labor government exhibiting any markedly different attitudes.

The fact of the matter is that Australia’s foreign relationships are in a pitiful state at this time.  That state is not being assisted by the frankly amateurish approach, not only of Dutton’s defence department but also the Departments of foreign affairs and international trade.  The time is long overdue when Australia recognised modern Geo-political realities, and also the imperatives imposed by its geographical location. 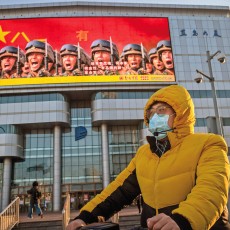 Globalists Dreaming Up a Worldwide Nightmare 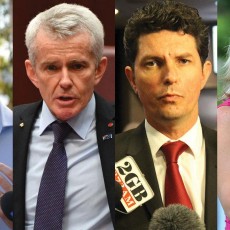 Does the Prime Minister have allegiances to foreign powers who fail to act in the best interest of the Australian People? 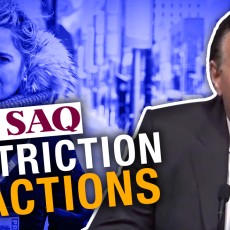