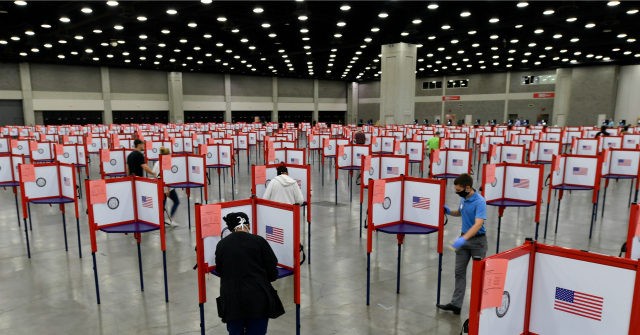 Dr. Anthony Fauci dismissed concerns about conducting the upcoming election in the era of the Chinese coronavirus — and in-person voting, particularly — stating in an interview on Thursday that there is “no reason why we shouldn’t be able to vote, in person or otherwise.”

Fauci, in an interview with National Geographic, did not dismiss the idea of voting in person on November 3 despite the left’s widespread plea for mass mail-in voting, a plea purportedly rooted in coronavirus-related concerns.

“I think if carefully done according to the guidelines, there’s no reason that I can see why that not be the case,” the director of the National Institute of Allergy and Infectious Diseases said when asked about Americans physically heading to the polls.

The infectious disease expert used the safety protocols of most grocery stores as an example, noting the marks on the floor to encourage social distancing — measures that could also be taken at polling locations.

For example, when you look at going to a grocery store now in many regions and counties and cities that are doing it correctly, they have “X”s every six or more feet. And it says, Don’t leave this spot until the person in front of you left their spot. And you can do that, if you go and wear a mask, if you observe the physical distancing, and don’t have a crowded situation, there’s no reason why you shouldn’t be able to do that.

Fauci added that those who are “compromised” may not want to risk it and quickly noted mail-in voting as a viable option. Overall, though, Fauci said there is “no reason why we shouldn’t be able to vote in person or otherwise.”

His position comes as Democrats vehemently push for mass mail-in voting for the upcoming election. The president has attributed the political gridlock on the next coronavirus relief measure to the left’s call for universal vote-by-mail, which Republicans say increases the chances of fraud and error, as demonstrated time after time across the country in recent weeks.

Notably, Joe Biden (D), who recently called for a nationwide outdoor mask mandate, proudly stated that if elected president, he would call Dr. Fauci and ask him to “stay on.”

“I’ll bring together top experts and leaders from both parties to chart a path forward,” he added:

I promise you if I’m elected, I won’t waste any time getting this virus under control.

I’ll call Dr. Fauci and ask him to stay on. I’ll bring together top experts and leaders from both parties to chart a path forward.

We’ll get it done, together.

Biden’s website states that he will call Fauci mere “minutes” after being declared the winner of the election and ask him to “extend his unprecedented record of service to six Presidents by serving one more.”

“Dr. Fauci will have full access to the Oval Office and an uncensored platform to speak directly to the American people — whether delivering good news or bad,” it continues.

It remains unclear if Biden agrees with the expert’s recent remarks on the safety of in-person voting.

Last month, Biden — a vocal proponent of universal vote-by-mail — stated that Trump was trying to “indirectly steal the election by arguing that mail-in ballots don’t work.” 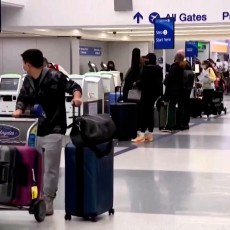