We remind readers of the 2016 piece Erin Elizabeth put out on losing over 100 doctors in deadly or mysterious circumstances. Quite a few were using the natural substance GcMAF to treat patients. See

An interesting link with many components about truth tellers getting targeted –

See this interview Madej did with Stew Peters that we put out in early October last year:

Dr. Carrie Madej Talks to Stew Peters: Are These Vaccines the Beginning of Transhumanism? [VIDEO]

American doctor and vaccine critic Carrie Madej was seriously injured in a plane crash on Sunday. She is in hospital with several broken bones. Her boyfriend was also involved in the crash and has a broken back and skull. On her website there is a call to prayer.

The website SonsOfLibertyMedia.com mentioned that Madej had sent a text message on Thursday saying that she would not be giving lectures in the coming months because the medical disciplinary tribunal had been harassing her.

The US aviation authority FAA is currently investigating the crash in Meriwether County in the state of Georgia. The plane crashed at Roosevelt Memorial Airport in Warm Springs after engine problems. The doctor and her friend came down in a field north of the airport.

The small plane was en route from St. Petersburg in Florida to Newnan-Coweta County Airport. It was headed for Warm Springs. It was confirmed that Madej was in the ICU.

The doctor has been highly critical of Corona vaccines for some time. She sounded the alarm on side-effects but was censored by YouTube. “People need to know that this is not a safe vaccine,” she said. “They mess with the RNA and the DNA, the genome, the genes. That can eventually result in cancers, mutagens and autoimmune diseases.”

“Bill Gates thinks there are too many people, he wants to thin out the world population. People, wake up! This man does not want us all to stay alive. He has said it so many times in so many different ways. He is not a scientist, not a doctor, not an epidemiologist. Why are we giving him this power?”

The doctor had previously lashed out at Klaus Schwab, the founder of the World Economic Forum. Last year he said, “No one will be safe until everyone is vaccinated.” Madej shared the response to Schwab’s statement: “Over my dead body, Klaus.” 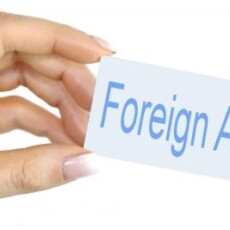 The Illusion of US and British Government Aid 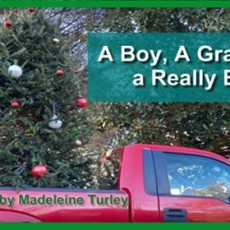 A Boy, A Grandma, and a Really Big Tree: A Christmas Story 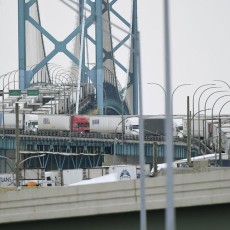 Trucker Freedom Convoy Now up Against Both Canadian and U.S. Government as They Try to Seize Funds on New Platform