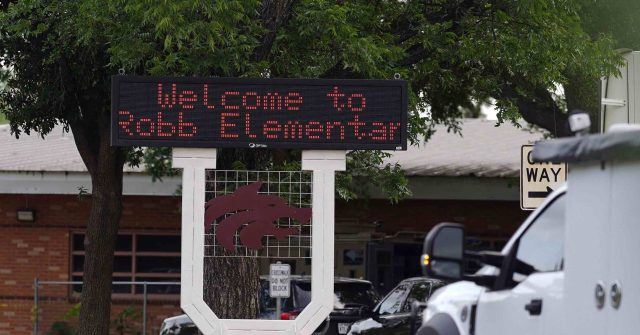 The Texas Department of Public Safety (DPS) reported Thursday that there was no armed school resource officer at the Uvalde school when a gunman entered — through an unlocked door — and began killing 19 children and two teachers.

As Breitbart News reported, a DPS spokesman overturned much of what the public had been told before during a stunning press conference on Thursday. The proverbial “good guy with gun” had not failed; he simply never had been present.

The shooter who killed at least 19 children and two teachers at Robb Elementary School on Tuesday walked into the school without being stopped by anyone, the Texas Department of Public safety said Thursday. It corrected a statement Wednesday by DPS Director Steven McCraw that a Uvalde ISD police officer was the first person to engage the shooter. Instead, on Thursday it said there were not Uvalde ISD police on campus.

Uvalde CISD, located 84 miles outside of San Antonio, is one of the smaller school districts in Texas. The school district has its own police department made up of four officers, a police chief and a detective. According to the school’s website, the district has also hired a security guard.

The district’s policy is to have security staff patrol door entrances, parking lots, and the perimeters of campuses at the middle and high school, according to a document listing the school district’s security measures from the 2019-20 school year.

The DPS press conference contradicted what Gov. Greg Abbott (R) told the public yesterday, when he said: “Officers with the Consolidated Independent School District approached the gunman and engaged with the gunman” outside the school.

Supporters of gun control had seized on early reports that a “good guy with a gun” had failed to stop the shooting. Local police who entered the building retreated after an exchange of gunfire, until Border Patrol officers entered and killed him.

Thanksgiving Table Setter: A Guide to the Behemoth Build Back Better Act 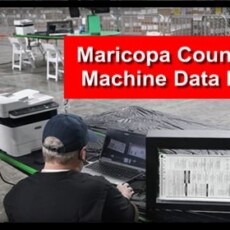 Information Deleted From Maricopa County Election Machine Has Been Recovered

Donald Trump to Republicans: Do Not Waver on Second Amendment Rights