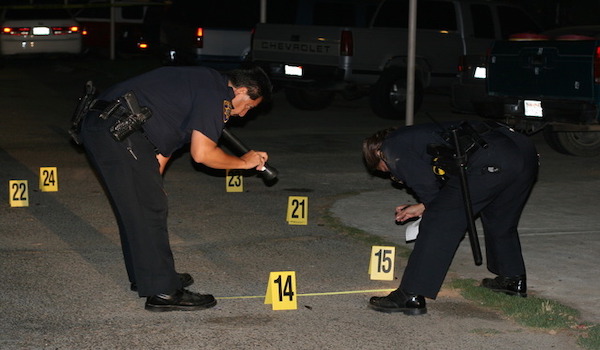 A ring doorbell camera caught a wild shootout on video in a suburb of Kansas City, Missouri. Two SUVs full of young Black males opened fire on each other leaving one dead. Residents are shocked this violence took place in their quiet neighborhood.

The shootout took place in broad daylight and Michael Gibson’s Ring doorbell camera caught it all on video. “At first I thought it might’ve been firecrackers. But then, I immediately knew it was gunfire,” Gibson said. Luckily, he was in his basement at the time when bullets started flying. When he stepped outside to check the damage he was in for the shock of a lifetime.

One of the SUVs had crashed in his front lawn and there was a dead man behind the wheel. “At first, I didn’t even know there was somebody still in there. Then as I got closer, I was like ‘oh my God’, you got a man, just sitting there lifeless,” Gibson said.

It was like something out of an action movie. Two SUVs full of shooters opened fire on each other in the middle of the street.

The driver of one vehicle was shot, sending the SUV swerving off the road, into Gibson’s yard and running over his Christmas decorations before finally coming to rest when it crashed into his car. The murder victim’s homies quickly bailed out of the Jeep and left him to bleed to death all alone.

Neighbors shocked by the violence

Neighbors claim their small suburban neighborhood is usually quiet. “That’s the first time I experience that. I was like, ‘oh my God’ it was so scary,” said Evelyn Manker, who lives nearby. Police found the body of 21-year-old Deron Bandy inside the car that crashed. He marks the 177th homicide in Kansas City this year. Police are still looking for his killer. “Everybody’s just a little shook up and confused. Because it’s just not normal behavior for this neighborhood,” Michael Gibson said. 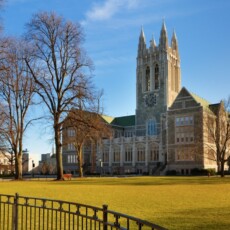 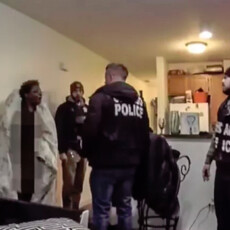