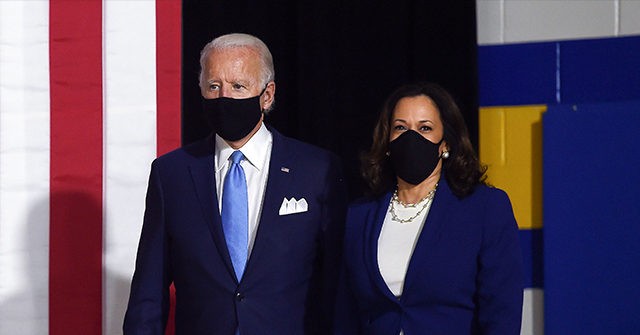 Each of the four nights of the Democratic National Convention (DNC) was dominated by gloomy messages of racial division, victimhood, and disdain for President Trump, despite the party’s official theme of “Uniting America.”

Although the Democrats touted a theme of  “unity,” speakers and segments consistently delivered dark and divisive themes each day of the four-day convention, with the first night dominated almost entirely by race. The depressing, somber tone carried on each night. Even former President Obama failed to deliver an optimistic outlook, veering far from his previous attitude of “hope and change.”

Overall, the negativity was in clear view throughout the convention. Here are some of the most gloomy, negative moments of the four-day convention.

1. Trump is the most “destructive, hateful, racist president in the history of this country.”

Failed presidential primary candidate Beto O’Rourke (D-TX), in a brief montage alongside other Democrats, declared — without evidence — that Trump is the most “destructive, hateful, racist president in the history of this country who is literally tearing apart the fabric of the United States of America.”

Sen. Bernie Sanders (I-VT) appeared to concur, promising that Biden “will end the hate and division Trump has created,” citing the “demonization of immigrants, the coddling of white nationalists, the racist dog-whistling, the religious bigotry, and the ugly attacks on women.”

2. The president and his allies are “forcing many in 2020 to still risk their lives to exercise their sacred right to vote.”

“There are those who are disgracefully using this pandemic to spread misinformation and interfere with voting, forcing many in 2020 to still risk their lives to exercise their sacred right to vote — a right that has already been paid for with the blood, sweat, tears, and lives of so many,” Bottoms said.

As Breitbart News reported, Bottoms’ assertion is not rooted in reality:

VERDICT: False. Members of the GOP have warned of the increased potential of fraud — which has been well-documented — when it comes to mass mail-in voting. Regardless, some reports indicate that the majority of Americans will be able to vote by mail in the upcoming election.

That aside, Americans are not risking their lives to vote, as even Dr. Anthony Fauci, who indicated he would vote in person, stated that there is virtually “no reason why we shouldn’t be able to vote, in person or otherwise” this year.

Furthermore, in-person voting was put to the test in Wisconsin’s April 7 primary, where over 400,000 voters headed to the polls. Only 52 later tested positive for the novel coronavirus, and “Wisconsin officials are not certain that those individuals — none of whom have died — contracted the virus at polling stations on Election Day,” as Breitbart News detailed.

3. “His only pre-existing condition was trusting Donald Trump, and for that, he paid with his life.”

Democrats featured Kristin Urquiza, a woman whose Trump-supporting father died after battling the Chinese coronavirus. She had squarely placed the blame on both Trump and Arizona Gov. Doug Ducey (D) and told the DNC audience, “His only pre-existing condition was trusting Donald Trump, and for that, he paid with his life.”

Prior to her official speech, Sen. Kamala Harris (D-CA) delivered a quick address to the audience to pose a divisive question.

“Why don’t they want us to vote?” she asked, characterizing the GOP as engaging in voter suppression.

Former President Bill Clinton delivered a speech at the convention, just weeks after the release of court documents that alleged his appearance at the late Jeffrey Epstein’s “Pedophile Island.” During the address, Clinton, ironically, criticized Trump’s Oval Office conduct, stating that there is “only chaos.”

“At a time like this, the Oval Office should be a command center. Instead, it’s a storm center,” Clinton said. “There’s only chaos.”

6. “Instead of protecting us, you tore our world apart.”

The DNC featured the story of an illegal alien, Alejandra Juarez, who was deported in 2018 — an event that her daughter Estela said tore their family apart.

“She came to America over 20 years ago as a teenager without papers in search of a better life,” she said. “She married my dad who served as a Marine … my mom worked hard and paid taxes and the Obama administration told her she could stay.”

“Instead of protecting us, you tore our world apart,” Estela said of Trump.

Despite the implication, the mother was deported due to federal laws that preceded Trump, as Breitbart News detailed.

7. “This administration has shown it will tear our democracy down if that’s what it takes to win.”

Former President Obama held a somber tone during his speech, casting voters as the “missing ingredient” to restore America from a place of despair.

“So they’re hoping to make it as hard as possible for you to vote, and to convince you that your vote doesn’t matter. That’s how they win,” he warned.

8. “Four historic crises all at the same time.”

Biden also struck a somber tone throughout the bulk of his Thursday evening speech, positioning a Biden-Harris presidency as the only hope and shouting lines such as “Light is more powerful than dark!” Despite that seeming stroke of optimism, Biden also presented a bleak state of affairs.

“Four — four historic crises all at the same time. A perfect storm,” the presidential hopeful said.

“The worst pandemic in over 100 years. The worst economic crisis since the Great Depression. The most compelling call for racial justice since the 60s, and the undeniable realities and just accelerating threats of climate change,” he added.

Biden also spoke about the Chinese coronavirus pandemic and revealed his pessimistic outlook, telling the audience bluntly that “no miracle is coming,” while presenting his plan to handle the pandemic, which includes forcing Americans to wear masks nationwide. He characterized it as a “patriotic duty.”

10. There has “never been anything we’ve been able to accomplish when we’ve done it together.”

Biden topped off the four nights of gloom and doom by bungling one of his key lines toward the end of his speech, stating that there has “never been anything we’ve been able to accomplish when we’ve done it together.”

The line was supposed to be, “And there has never been anything we’ve been unable to accomplish when we’ve done it together.”

Trump and his allies have reacted to the Democrats’ convention, highlighting the underlying depressing theme of division.

“Last week the Democrats held the darkest, angriest and gloomiest convention in American history,” Trump said during a speech at the 2020 Council for National Policy Meeting on Friday. “They spent four straight days attacking America as racist and a horrible country that must be redeemed.”

“Where Joe Biden sees American darkness, I see American greatness,” he said, hinting to the optimistic theme of next week’s Republican National Convention.

“No party can lead America that spends so much time tearing down America,” the president added.