Since the August 2019 death of Jeffrey Epstein in prison, London’s Shaun Attwood has been covering, almost daily, the story of Epstein and the girls he trafficked. Attwood is a freelance reporter and interviewer. His YouTube channel has half a million subscribers.

Attwood’s attention to the matter of child-stealing has caused the first big break-out of information on this sordid subject. One emphasis of his show is on the role of Mossad in organizing sex with underage girls for the purpose of blackmailing powerful people. He also focuses on the abuse (and murder) of children that occurs in connection with Satanism.

The amount of information coming out is almost an embarrassment of riches. Is there no limit to the evil that occurs for the sake of money and power? In this series of articles, I will attempt to sort out different aspects of what is going on.

Four categories of “Government Stealing” will be identified. These are: mind control, blackmail, the creation of inmates for privatized prisons, and the economic exploitation of children – whether for labor, for body parts, or for medical experiments.

Two major subjects won’t be covered below, but will appear later in the series. One is the use of the courts to deliver a child into the custody of the sex abuser – that is the subject of my book Reunion: Judging the Family Court. The other is satanism. Apparently, the religion of devil-worship is alive and well and one of its “doctrines” is that Satan needs to be offered bloody sacrifices, both of animals and of babes.

Starting around 1950, American children were handed over to the Technical Services Staff of the CIA, headed by Sidney Gottlieb, to endure mind-control. The entire program involved things such as drugs and cults, but here we are only interested in the portion of mind-control involving child sex. (See an example in Carol Rutz’s book, A Nation Betrayed).

The CIA’s MK-Ultra program was probably a product of Alan Dulles’s work in Europe in the 1940s, and may have taken over some of the Nazi’s experimental work in psychology. The CIA unashamedly utilized torture on American children. (No one has ever been punished for this, even though the facts came out in a 1975 Senate hearing.)

The raping of children may have been incidental to breaking the child’s mind and personality.  In some cases, the girl (most MK-Ultra victims are female) was also “Beta-trained” to be a sex kitten – a valuable “call girl” to be used under strict auspices.

(In Australia, Fiona Barnett, who was in MK-Ultra, says she was pimped, as a child, to prime ministers and the like.)

Another byproduct of the MK-Ultra program is that the victim could be turned into a useful performer of crimes on behalf of the “owner.” The CIA used some of the victims as “Manchurian candidates” to perform assassinations – perhaps Sirhan Sirhan was one.  Or they were made into patsies —  perhaps Martin Bryant was one.

As a separate matter (even though there is some overlap with MK-Ultra), children have been kidnapped in order to make them sex slaves for the rich and famous.

In the Jeffrey Epstein case, Shaun Atwood has turned up the fact that Ghislaine Maxwell, in cahoots with Les Wexner, owner of Victoria’s Secret (lingerie shops), recruited girls by offering them a career as a model. These teen girls’ sexual encounters with men would then be video’d at Epstein’s home and presumably be used for blackmail.

Possibly most of those girls are now dead. Unlike in MK-Ultra, they did not get programmed to forget, and so are a liability. It is rumored about Ted Heath, a UK prime minister, that he killed the boys he had sex with, by throwing them off the side of a boat. In South Africa, some top politicians disposed of “used boys” (See The Lost Boys of Bird Island.)

Think what blackmail could do to the judiciary. In Australia, Shane Dowling, webhost of Kangaroocourtdownunder.com, has named many judges as pedophiles.  It may be that someone, wanting to control government, invites a judge to commit “sin” and then has dirt on him for blackmail. Or is it that this controller arranges for pedophile lawyers to get appointed to the bench? Once there, they can then be dictated to.

(Australia’s Karen Brewer says child-rape is rampant among parliamentarians, too, although she attributes it to the choosing of legislators from among persons whose family, or school, trained them as Satanists.)

It would be interesting to learn how many of the men arrested for watching sex with youngsters get the case against them dropped by the prosecutor.  Could it be that some of them are identified as pedophiles who could be used in other adventures?

Children are also trafficked for non-sexual uses. We do know from Senator Portman’s 2016 report that some children coming across the southern border of the US got trafficked as slaves for agriculture in Ohio. (See US. Senate Report on Protecting Unaccompanied Alien Children from Trafficking and Other Abuse.)

Kids get trafficked for psychological experimentation, medical experimentation, or organ transplants. Lately, there are reports (which I cannot verify) that a market has developed for children’s blood, as a sort of Fountain of Youth (adrenochrome). That seems to be part of the Satanist scene, which I am trying to avoid here.

Cheryl Hersha stated, in her book Secret Weapons, that she was used many years ago, as a 12-year-old, to pilot small planes in and out of South America to import drugs. She may also have been in MK-Ultra and in a satanic cult.

I have been busy researching mind control since 2005 when I attended a Survivor’s meeting run by survivor Neil Brick in Connecticut. There I met several of the victims who had started to tell their story (see Kathleen A Sullivan’s Unshackled and Wanda Karriker’s Morning Come Quickly).

However, the CIA cracked down on them quite effectively by bringing together some dishonest doctors under the name False Memory Foundation. They “explained” that those women had ether imagined their history or had gone to a therapist who implanted memories in them. Some survivors have said that this rejection of their reports was more devastating than the original torture.

One of the members of the False Memory Foundation was Martin Orne, a particularly cruel perpetrator of MK-Ultra, who worked at Harvard University, no less. Another Harvard faculty member, Morton Prince, had pioneered the program of breaking the mother-child bond. Think about that!

Motive Is Not the Whole Story

In this article, I offered a sorting system according to the intended purpose of the child-stealing, hypothesizing certain motives.  I asked why does it happen? and answered:

*1. So government can perfect some mind-control techniques (and also produce Manchurian candidates and patsies).

*2. So important men can be seduced and video’d having sex with children, and can subsequently be controlled by blackmail.

*3. So the for-profit prisons will get lots of inmates.

*4. So money can be made by owning the children and hiring them out as lab rats, prostitutes, or farm laborers.

My categorizations according to motive are possibly worthless. Also, there may be other motives that I don’t know about.

Perhaps it would be better to state a general overview: Once you have grabbed children and have them under your sway, you can do whatever suits you. They are chattel.

Perhaps the item of greatest value is the use of child sex slave for blackmail.  wouldn’t be surprised if this is the source of control of Congress. Recall that J Edgar Hoover of the FBI was able for decades to even get presidents to do his bidding, by knowing about their secret habits.

Of course, this turns democracy into a joke.  I think there is a way to tackle tit.  Get all the blackmailed persons to form a “We will out ourselves club.” Strength in numbers!  The public would probably forgive anyone for a sex sin if it meant the difference between our having a democracy or a tyranny.

Anyway, let him who is without sex sin cast the first stone!

This much I can claim as a valid deduction. If a government restrains itself from prosecuting any of the child-stealers, the prosecutorial arm of government (for the US it’s the DoJ) is deeply criminal.

At the very least that government is committing the crime of obstruction of justice, which is a felony. Often they close out a public complaint by saying the records were accidentally destroyed. But that need not end the matter, The law maxim Omnia praesumuntur contra spoliatorem means “If you despoil the evidence, the crime can be presumed to have been done by you.”

Furthermore, the lack of prosecution shows that outsiders have a hidden hand in government. The US definitely has a domestic law against torture. Many survivors tell of their torture, often naming names, yet no torturer gets so much as a reprimand.

When I say there are outsiders in government, I do not mean foreigners.  I mean outsiders to the legitimate members of the government.  Interlopers.

Ah, I hear you say, but it may be the elected or appointed official himself who is messing things up – for example, US Attorney General William Barr. I still say that person is an outsider, he is not the real deal, the real AG.  The real AG deploys the law. Anyone sitting at that desk and not deploying the law is an imposter. That is, the person is pretending to be the AG.

In my 2011 book, Prosecution for Treason, I say most of our recent presidents are imposters.

This is a fixable problem.  Easy as A, B, C, as far as I‘m concerned. And when an indictment is appropriate and the AG won’t do it, a citizen-led grand jury can perfectly legally (and in the US, perfectly constitutionally), create the indictment. 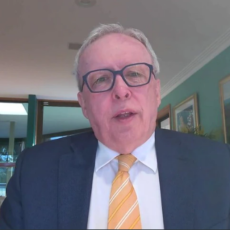 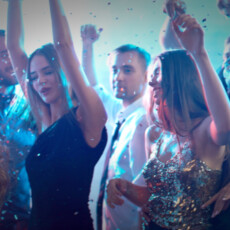 REVIEW OF THE JUDICIARY ACT 1903