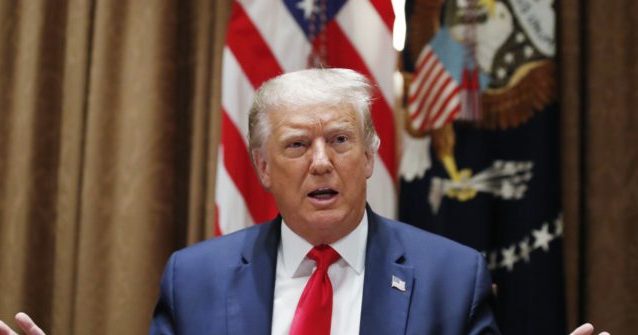 “We believe jobs must be offered to American workers first,” Trump told attendees at a signing event in the White House.

President Trump is signing an Executive Order to create a policy where Federal agencies will focus on United States labor in lucrative Federal contracts.

It would be unfair for Federal employers to replace perfectly qualified Americans with workers from other countries.

The Executive Order will require all Federal agencies to complete an internal audit and assess whether they are in compliance with the requirement that only United States citizens and nationals are appointed to the competitive service.

The Department of Labor will also finalize guidance to prevent H-1B employers from moving H-1B workers to other employers’ job sites to displace American workers.

“Outsourcing hundreds of workers is especially detrimental in the middle of a pandemic, which has already cost millions of Americans their jobs,” the statement said. “President Trump’s actions will help combat employers’ misuse of H-1B visas, which were never intended to replace qualified American workers with low-cost foreign labor.”

The top management at the TVA has been trying to outsource 200 jobs to three companies that import many H-1B workers: Paris-based Capgemini, Canada-based CGI, and Accenture, a former U.S. company that relocated to Ireland.

Trump signed the E.O. after learning about the outsourcing from an online ad paid funded by U.S. Tech Workers. Trump initially dismissed the advertisement:

“This is a really significant date for U.S. tech workers,” said Kevin Lynn, founder of U.S. Tech Workers, a grassroots group of U.S. college-graduate professionals. U.S. graduates know “what decades of outsourcing and offshoring of these valuable jobs have done to themselves personally and collectively, to the country,” he said, adding:

We’ve been very much involved for the last three years to protect and preserve tech worker jobs here in the U.S. and in particular, fighting outsourcing schemes. So this is a great opportunity for us, it’s really a culmination of a lot of hard work … [We’re] really, really overjoyed as of this time that the president of the United States has chosen to act on behalf of American workers.

Fortune 500 companies and their networks of U.S. and Indian-owned subcontractors and sub-subcontractor have used the H-1B program to outsource millions of college-graduate jobs over the last 20 years.

Currently, Fortune 500 companies keep at least 1.3 million foreign contract-workers in jobs needed by U.S. graduates, including at least 600,000 H-1B workers. This personnel policy is not an “abuse” of the law because the law was carefully drafted to help companies sideline American workers.

Some of the contract workers are hired by prestigious firms at U.S. wages. But many visa workers are employed by subcontractors at below-market wages, and many are hired as gig-worker for minimal wages. For example, the universities help get “Practical Training” work permits for 500,000 foreign graduates each year. These workers do not have to be paid minimum wages, and they are widely used by Fortune 500 subcontractors.

Many executives prefer hiring contract workers because they are compliant and quiet compared to U.S. professionals who can argue with executives and switch jobs.

Many of the contract workers are imported for about a year, so they can learn how to do the job from an office in India.

Many foreign workers accept low wages for work in the United States because the U.S. work is preferable to work in India, China, or elsewhere. Also, U.S. employers keep their foreign workers on the job by dangling the promise of green cards and citizenship. For example, at least 300,000 Indian visa workers are working while they wait for promised green cards.

In his 2017 inauguration address, Trump promised a policy of “Buy American and hire American.”

Trump said in March 2016, “I will end forever the use of the H-1B as a cheap labor program, and institute an absolute requirement to hire American workers first for every visa and immigration program. No exceptions.”

On June 22, Trump announced a temporary halt to the H-1B inflow and directed his deputies to rewrite regulations on the Fortune 500’s use of foreign contract-workers.

Many US grads are pushed out of jobs so CEOs can hire subservient foreign #H1B visa-workers.
Now the H-1Bs are being put into jobs in the Tenn. Valley power grid & critical infrastructure – though Trump has just told DHS to draft new rules to verify IDs https://t.co/cvxgoGlLFF

USTW@ White House with 9 Tennessee Valley Authority tech workers. At 11:30 am POTUS will sign an EO helping them. https://t.co/HsfvClDQjn 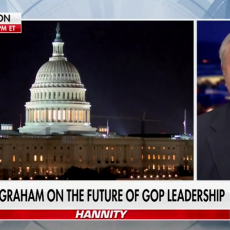 Graham: If McConnell Can’t Work With Trump, He Shouldn’t Be Senate GOP Leader 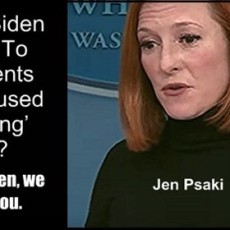 When Will Biden Apologise To Border Agents Falsely Accused Of ‘Whipping’ Migrants? [video]

Barr: ‘There Will Be a Development’ in Durham Probe on Friday