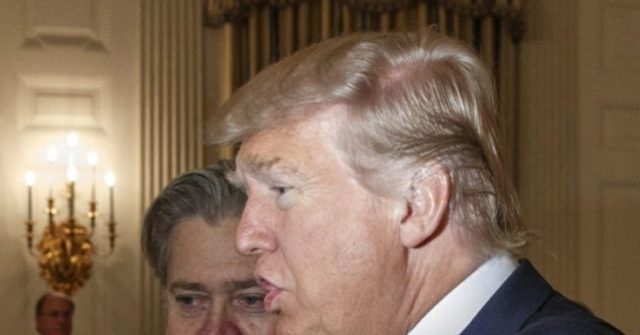 “I feel very badly,” Trump told reporters when asked about the news. “I haven’t been dealing with him for a very long period of time.”

The president spoke about the news during a visit with Iraq Prime Minister Mustafa Al-Kadhimi in the Oval Office.

Federal prosecutors from the U.S. Attorney’s office for the Southern District of New York filed charges against Bannon and three others for their roles in the “We Build the Wall” crowdfunding campaign to use privately donated funds to build a wall on the Southern border.

Bannon was arrested on a yacht off the coast of Connecticut on Thursday, according to reports.

The president said that news was a “very sad thing” but said that he never liked the idea of using private funds to build the wall.

“I thought that was a project that was being done for showboating reasons,” he said.

The crowdfunding campaign was created by disabled Iraq war veteran Brian Kolfage and raised more than $25 million from private donations.

Kolfage brought in Bannon as the Advisory Board Chairman afterward to help spearhead the project and, ultimately, constructed a wall structure on private land.

The president said that he always felt that the privately funded wall would be “inferior” to the government effort to secure the border, recalling reports of erosion at the base of the structure. The government wall structure, he said, was much better.

“I didn’t like it because I didn’t want to be associated with that,” he said, referring to the private project. “We’ve built a very powerful wall. It was a wall that is virtually impossible to get through. It’s very, very tough. It’s very strong.”

In July, Trump also criticized the private project as “only done to make me look bad.”

“I think it’s a very sad thing for Mr. Bannon. I think it’s surprising,” Trump said, adding, “I don’t know that he was in charge. I didn’t know any of the other people even. But it’s, it’s sad it’s very sad.” 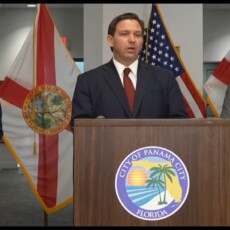 Governor DeSantis Brings Heavy Timber – Florida Will Not Be a Biomedical Surveillance State, The Free State of Florida Will Remain Free 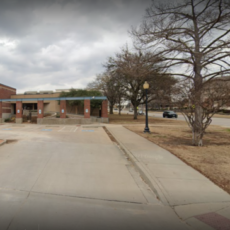 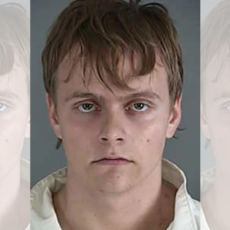