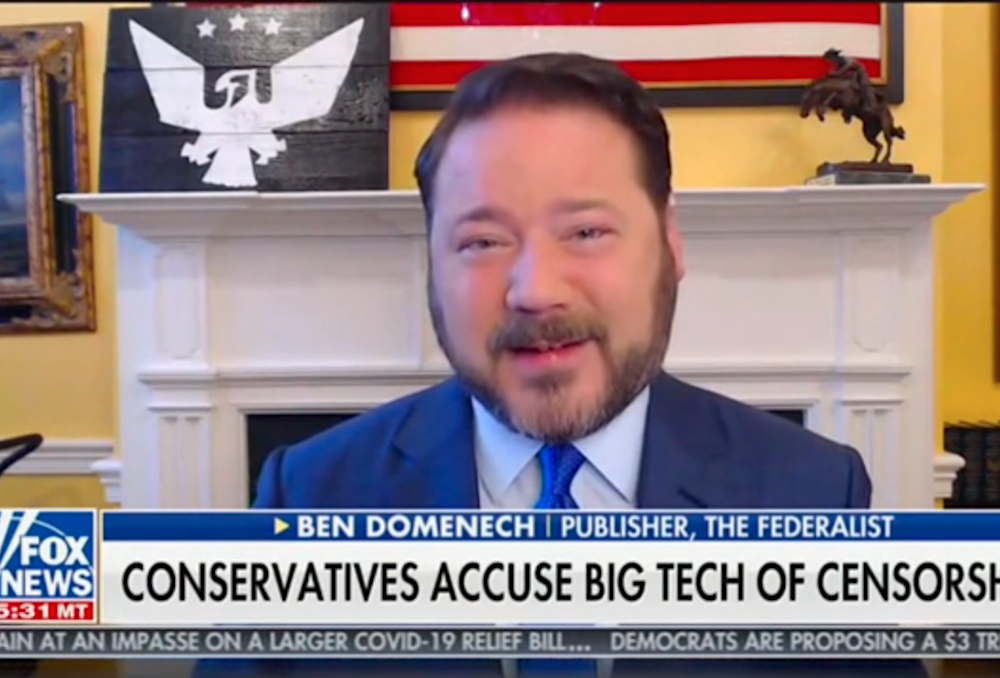 After chief executives of four of the nation’s largest tech giants testified before Congress Wednesday, Federalist publisher Ben Domenech said it seemed Republican lawmakers began to recognize that censorship and bias against conservatives on social media is just one feature of the monopoly power at big tech companies like Google.

Domenech joined Fox News Anchor Brian Kilmeade Thursday morning to discuss the hearing, which included executives from Google, Facebook, Amazon, and Apple. Domenech noted Congress could have benefited from even longer hearings and interviews with each of the tech executives, “considering the kind of market power they have.”

“Congressman Kelly Armstrong really got out of Google an admission that they’re not just interested in controlling all of the ad space as they do right now. They’re interested in driving others out of the ad market so that they have total control to demonetize sites as they deem fit,” Domenech said.

Domenech said this is not just anecdotal, but there is data and traffic numbers to confirm that “from the outside, this looks like it was someone inside turning a knob, pulling a switch, that prevented these sites from having any kind of the organic traffic that they had already earned.”

Domenech noted that this move by Google “absolutely represents an attempt to influence the conversation during an election.”

“The bias aspect of this is just one attribute of their outsized monopoly power that they’re exercising.” @bdomenech w/ @kilmeade pic.twitter.com/bTEF2i7XLk 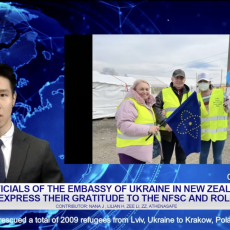 The Embassy of Ukraine Sends NFSC a Letter of Gratitude (Video)