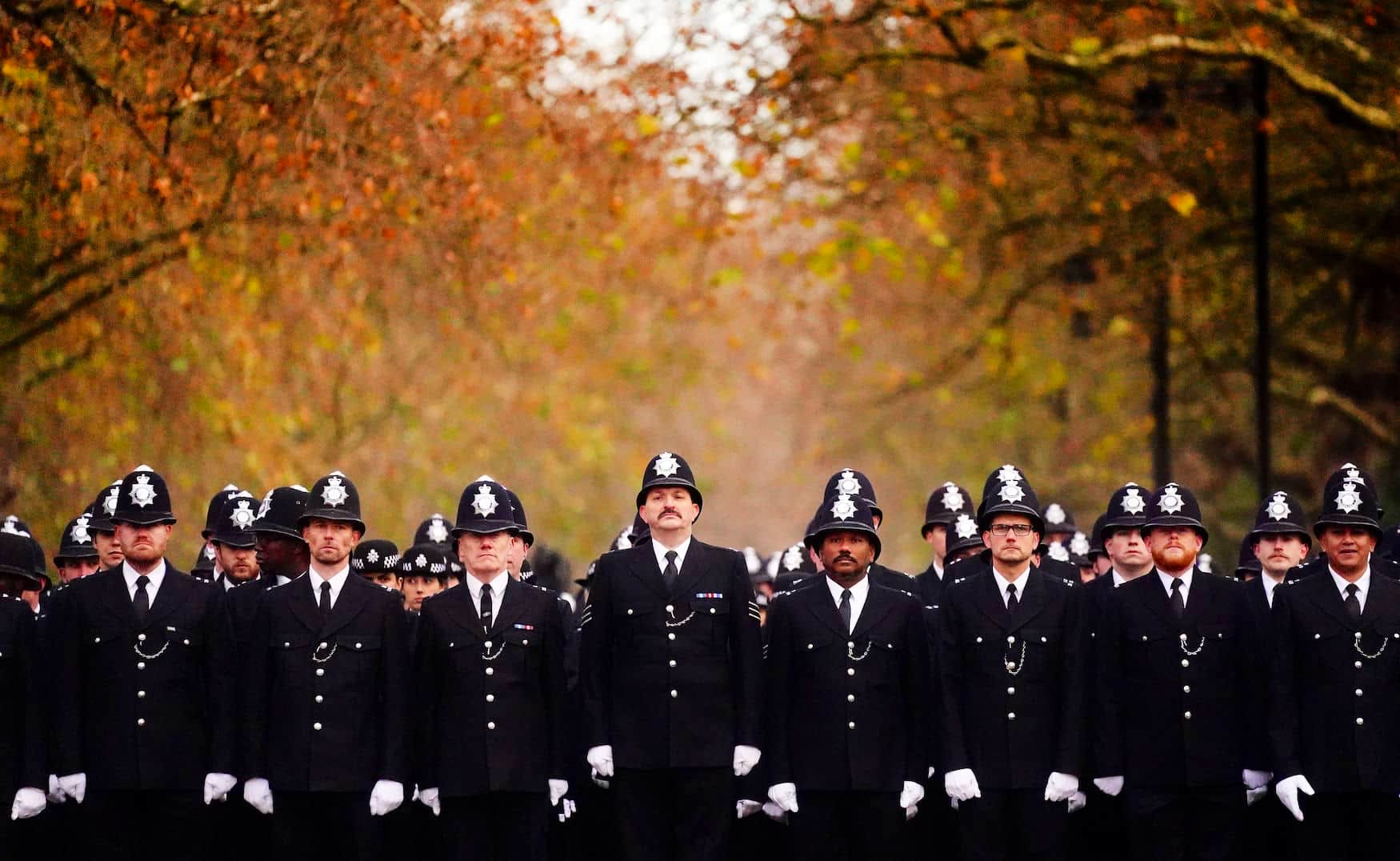 Back in the winter of 2012, a postal worker named Zac Sharif-Ali was taking a lunchtime stroll with his dog on Chiswick Common when he was stopped by a police officer named Duncan Bullock. PC Bullock was out for a lunchtime sandwich run himself, and apparently thought this might be a good opportunity to get his numbers up. Two birds with one stone, and all that. According to colleagues testifying to an Independent Office for Police Conduct investigation, he was enterprising in that way. ‘I remember that day PC Bullock had gone out for his sandwich, so I knew he would bring back a stop and search record form,’ the duty sergeant told the inquiry. ‘He always conducted a stop and search when he went to get his lunch.’

So Mr Sharif-Ali, having unknowingly got between a servant of the law and his favoured delicatessen, was to be that day’s collar. PC Bullock was dressed in plain clothes. And perhaps because his mind was distracted weighing up the relative merits of egg and cress against BLT, he forgot to identify himself properly as he set about his duties (for a search to be legal, an officer needs to state their name and station). There followed, perhaps not surprisingly, a disagreement between the two men – which was resolved when PC Bullock put his customer (I don’t want to be prejudicial and say ‘victim’, so let’s go with that formula) in a chokehold, threw him to the ground, punched him, cuffed him and dragged him back to the station to be strip-searched. No evidence was found of the slightest wrongdoing on Mr Sharif-Ali’s part. Everyone makes mistakes, right? Tough on Mr Sharif-Ali, though – who spent nine years in therapy after the incident and a decade seeking redress. He has just won a £30,000 award in compensation in a civil case.

It’s the process that was to follow the incident that gives the most concern here. The Met had one internal inquiry into it. Then it had another. Then it had a third. None of these found anything much to complain about. Only when the IOPC looked at the case – deeming all three internal investigations to have been inadequate – did they establish that the search had been illegal; that the chokehold had been contrary to training procedures; that even other officers on the scene hadn’t understood why PC Bullock had resorted to such violence; and that PC Bullock had a case to answer for misconduct and excessive use of force.

A police misconduct hearing the following year, however, decided that no, there was nothing to see there. It decided that the chokehold was a legitimate use of force in a fast-paced struggle and that PC Bullock had had reasonable grounds to suspect Mr Sharif-Ali of wrongdoing. To hear him tell it, he strangled Mr Sharif-Ali in a fit of absent-mindedness: ‘I realised my arm was around his neck and immediately let go.’ No disciplinary action has been taken against him. In awarding him compensation ten years after the incident, the Met said only that the illegality of the search – i.e. PC Bullock failing to identify himself properly – was ‘a matter of regret’.

But there was nothing publicly regretted about the violence with which he had been restrained or, you know, the fact that he had been stopped and searched in the first place. It certainly wasn’t, the Met said, anything to do with the colour of his skin. Its official statement was one of heroic asininity. ‘We do not underestimate the impact the use of stop and search can have, and we are redoubling our efforts to listen, engage and explain why we do what we do, and make improvements based on individuals’ lived experience to build trust in the tactic.’ ‘Listen, engage and explain.’ ‘Redoubling our efforts.’ ‘Lived experience.’

It’s the merest misfortune, incidentally, that this story was reported on the same day as news that one PC Charlie Harrison has been jailed and faces dismissal for randomly assaulting a black man under the pretext of a search for drugs and guns. The man was walking back with his two children from his partner’s grave in east London. He had his hands in his pockets when Harrison kicked him to the ground and fractured his upper shin.

In the absence of any other thing that might have caused him to be a candidate for a frisking, Mr Sharif-Ali has taken the view that skin colour could have been a factor in his experience too. ‘If I’m doing what everyone else does in a park – walking my dog and eating a sandwich – then which one of my actions gave him any suspicion? I looked casually professional. So, what else is there other than the colour of my skin that would make him think I was doing anything illegal?’

The answer to this reasonable question remains a little murky. At first, PC Bullock claimed that it was the fact Mr Sharif-Ali was ‘hanging round the park’ that set off his spider-sense. Admitting that this ‘sounded very weak’, he later amended his story to say that what had made him suspicious was that Mr Sharif-Ali was on his phone in a known drug-dealing hotspot. Which, well: we might see a lot more random searches if the use of a mobile phone in areas where drugs are known to be dealt is enough to occasion one.

Still, racism is an inward condition. We are not in the business of making windows into people’s souls. For all I know, Officer Bullock does not have a racist bone in his body – not even a tiny one. And for all I know, the Met’s confident official position on this is to be believed – which is that if you were to create an ossuary out of every serving officer in the force, you could send forensic scientists combing through it and not find so much as a stray stapes that once giggled at a Jim Davidson routine. There may be all sorts of reasons that, according to the Office for National Statistics, almost half of all stop-and-search operations in England and Wales take place in London, and that black people are seven times more likely to be stopped and searched than white people.

What we can say with some confidence, though, is that even if the Met doesn’t have a problem with racism, it does have a problem with the appearance of racism. It has – with fully three internal investigations in this case somehow found to be inadequate by an independent authority – a problem with appearing to be more interested in covering the arses of its own than in transparency and justice. It has, to say the least, a public relations problem – which makes ‘policing by consent’ just that bit more difficult.

And, with apologies to the crusading quixotes of the ‘anti-woke’, this can’t be blamed entirely on the popularity of Critical Race Theory in certain university humanities departments, or the Marxisant wing of the BLM movement. At the very least, race-baiting grievance grifters would have a lot less to go on if we heard more often about colour-blind stop-and-search procedures that saw white guys slammed in chokeholds or kicked to the ground for using their mobile phones in public parks. 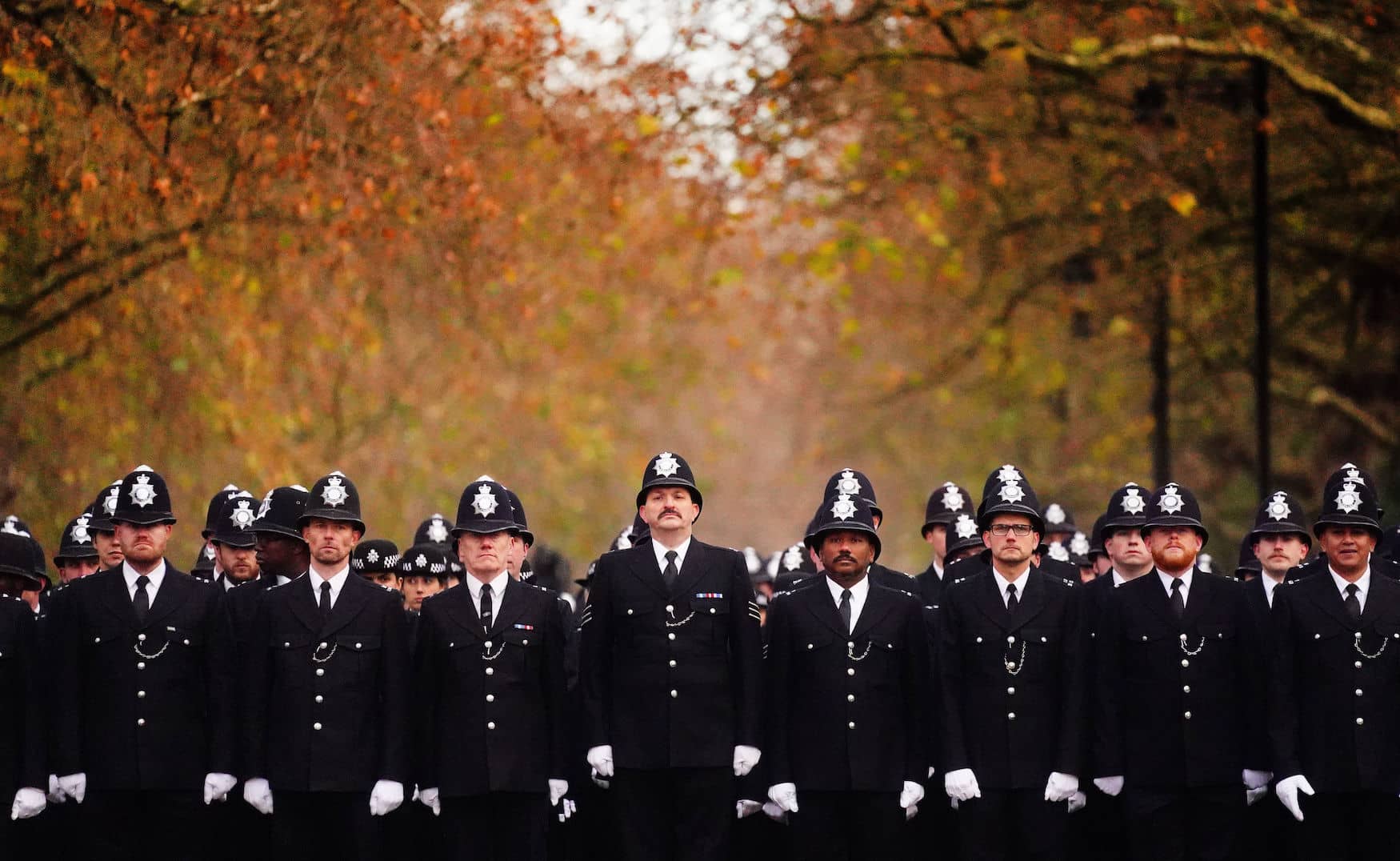 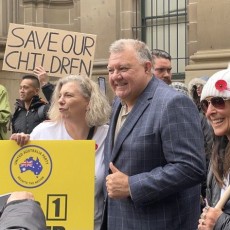 Is anyone in Australia exempt from the Treason Felony Act? 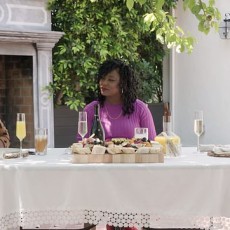