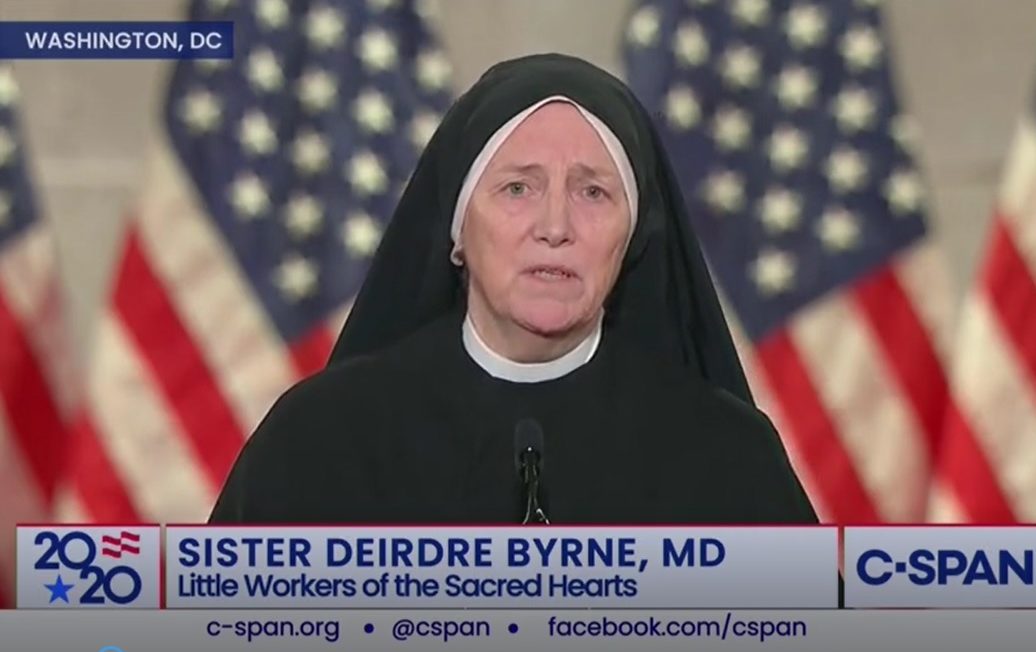 Sister Deirdre Byrne has served under a wide array of diverse titles. A sister, soldier, and surgeon, the nun took on the title of a speaker at Wednesday’s Republican National Convention, where she spoke on behalf of the unborn and fulfilled a wish she prayed for.

“I must confess that I recently prayed while in chapel begging God to allow me to be a voice and instrument for human life, and now here I am, speaking at the Republican National Convention,” Byrne said. “I guess you better be careful for what you pray for.”

Byrne explained that she spent nearly 30 years in the military and was colonel in the U.S. Army Medical Corps before entering the ministry in 2002 to tend to the sick and poor in Washington D.C. and war-torn countries abroad such as Iraq and Sudan.

“Humility is at the foundation of our order, which makes it very difficult to talk about myself, but I can speak about my experience working for those fleeing war towns and impoverished countries around the world. Those refugees all share a common experience. They have all been marginalized; viewed as insignificant, powerless and voiceless,” Byrne said. “And while we tend to think of the marginalize as living beyond our borders. The truth is, the largest marginalized group in the world can be found in the United States. They are the unborn.”

Byrne continued to offer both a religious testimony and an expert medical opinion determining that “life begins at conception.”

“As Christians, we first met Jesus as a stirring embryo in the womb of an unwed mother and saw him born nine months later in the poverty of the cave. It’s no coincidence that Jesus stood up for what was just and was ultimately crucified because what he said wasn’t politically correct or fashionable.” 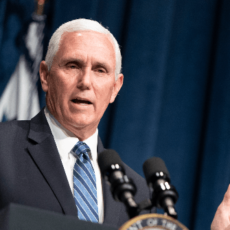 Pence: Biden and His Family Have ‘to Come Forward’ – ‘Astonishing’ How Media Lost Interest in Foreign Influence 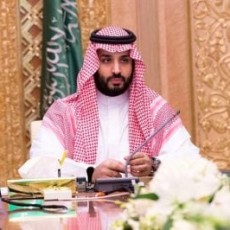