STATE Chief Health Officers have had their noses put out of joint after the Albanese Labor Government and the National Cabinet (so-called) left them out of the decision making process to declare and end to mandatory COVID-19 isolation rules from October 14th.

AMPS conferences this year have also been supported by high-level, whistleblowing medical professionals such as Dr Phillip Altman, a retired pharmacologist and clinical trial drug regulatory consultant with some 40 years experience, much of it with the Australian TGA. Dr Altman has told the conferences that Australians were lied to about Covid vaccines, which he said failed to prevent infection, the spread of infection and hospitalisations.

AMPS has also won the active support of a growing list of other highly qualified medical professionals including two medical professors (see list below). There is deep disatisfaction across the medical spectrum as a whole over government actions during the pandemic.

The revolt had its beginnings in 2021 when Doctors Against Mandates was formed in Queensland to legally fight the mandates. The group initially challenged the state’s directive extending the mandate for health professionals issued by the state Chief Health Officer March 12th, 2022 via a judicial review in the Queensland Supreme Court.

Within a fortnight of receiving 13 affidavits from members of the medical doctor applicants group, plus six expert witness reports from national and international experts, the CHO, on September 2nd, 2022, revoked his “Direction mandating COVID-19 vaccination requirements for workers in health settings”.

But the group notes that the Queensland Health Employment Directive (HED 12/21) of September 30th, 2021 continues, meaning the Covid-19 mandate for Queensland public health workers continues. The group will press on with a planned case challenging HED 12/21.

Then, in a separate development in July this year, 1600 concerned scientists, doctors and various professional supporters wrote to state and Commonwealth health authorities over AHPRA placing restrictions on Dr David Berger’s medical registration. AHPRA ordered Dr Berger to attend education “in relation to behaving professionally and courteously to colleagues and other practitioners”. Dr Berger was the subject of a complaint over his criticism on social media of the government response to Covid19.

Media in general, with a few exceptions, has been pretending this revolt does not exist. Last week the vaccine-pushing Murdoch media jumped in to side with Victorian chief medical officer Brett Sutton over the National Cabinet decision. Sutton claimed in a Twitter post that “sleepwalking” into the next phase of the Covid pandemic is risky.

“Professor Sutton and other state chief medical officers were cut out of the decision making process to scrap the current iso rules,” reported NewsCorp’s chief political hack Samantha Maiden. “Instead, the Prime Minister sought advice from the federal chief medical officer Professor Paul Kelly alone. The changes were then endorsed by state premiers in a unanimous decision of the national cabinet.”

Sutton, who instituted some of the most socially damaging Covid lockdowns and mandates in cahoots with Premier aka “Dictator Dan” Andrews and his socialist left Victorian Labor gang, linked to an article in Science magazine warning that several “new and highly immune-evasive strains of the virus” have caught scientists’ attention in recent weeks and that “one or more may well cause big, new COVID-19 waves this fall and winter.”

In other words, NewsCorp, Science magazine, Sutton, Andrews and company appear to have learnt nothing about the monstrous plandemic and vaccine fraud, and are quite happy to do it all again if if benefits them.

Professor Kelly has now shifted from his isolation and lockdown position and has moved towards the approach advocated in the Great Barrington Declaration, signed by more than a million doctors, scientists and other medical professionals worldwide. But Kelly would most likely deny being affiliated with the declaration.

“It is my long-held view that public health measures need to be based on available evidence, proportionate and equitable. The agreed policy intent of the Australian response to the COVID-19 pandemic has moved away from the elimination of community transmission to protecting the most vulnerable from severe disease and death,” he told national media.

Albanese, Kelly, and federal government agencies like AHPRA meanwhile, are most likely in panic mode over the break-up of the previously enforced unity among doctors across the nation. They are also well aware of the growing global economic crisis. AHPRA previously pounced upon the few dissident “anti-vax” doctors like Dr Mark Hobart and shut them down with media cheering them on.

But AHPRA’s bully-boy tactics and the obvious attempts by the pharma-medical establishment to destroy the traditional doctor-patient relationship has backfired and the revolt is growing, including at an international level, for instance the massive support for The Great Barrington Declaration.

Professor Jay Bhattacharya, one of the authors of declaration, came to Melbourne to speak to AMPS members on September 20th, at the Athenaeum Club, about a week after the strongly supported AMPS conference in Melbourne. Prof. Bhattacharya is a medical professor at Stanford University, California, a research associate at the National Bureau of Economic Research and directs Stanford’s Center for Demography and Economics of Health and Aging.

Bhattacharya spoke on the H1N1 “bird flu” pandemic of 2009 and how it involved the ramping up of public fear with claims that it had a high death rate. However the fear dissipated rapidly when researchers produced a series of studies looking at antibodies in the public at large and found widespread natural immunity. The death rate was later calculated to be 0.01% and not the 3% to 6% as initially claimed.

Come 2020 and the Covid pandemic, the professor wondered whether the fears were also blown out of proportion. He related how an article he wrote for the Wall St Journal in March 2020 led to the world’s first large-scale sero-prevalence study at Stanford to find the extent of antibodies in the public at large to the new virus.

The study data indicated 2.5 to 4% of people were infected in Santa Clara County by early April 2020, 50 to 85-fold more than the number of confirmed cases, which meant that the virus was spreading very rapidly and the idea of “zero Covid” was fruitless. He said the “zero Covid” public health approach, should have been tossed out as a possibility at that time. The data also led to the conclusion that the death rate was much lower at 0.1%.

But the reaction to the study initiated by Bhattacharya (who has published more than 160 medical articles) was something he had never experienced. “What happened was that the world decided that I must have done something horrible and wrong for the crime of conducting a study,” he said. It started with a hit piece by the national online news site Buzzfeed, owner of the Huffington Post.

Four days after Bhattacharya and scientific and medical colleagues from around the world signed the Great Barrington Declaration in the town of Great Barrington, Massachusetts, Francis Collins, head of the National Institutes of Health, ordered his offsider Anthony Fauci at the National Institutes of Allergies and Infectious Diseases to denounce Battacharya and two of his Stanford colleagues Martin Kulldorff and Sunetra Gupta, unleashing another series of media attacks and investigation of Bhattacharya’s study by Stanford administrators.

But Bhattacharya has now been vindicated with the 1 million-plus scientists and medical professionals now signatories on the declaration, making it and not the WHO lockdowns and mandates, the consensus view on Covid.

Nevertheless, media continues to stubbornly push the Collins-Fauci-WHO line. Click the like button on AMPS Facebook page and a Facebook notice comes up saying “This page has published false information, do you still want to like?” – another slap in the face to real medicine and science by big tech upstarts and their mainstream media mates.

Following is a list of medical professionals who have spoken at AMPS conferences this year.
– Dr Jeyanthi Kunadhasan, Anaesthetist and perioperative physician. 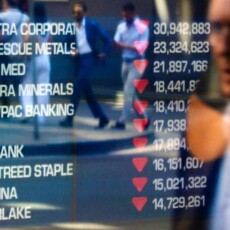 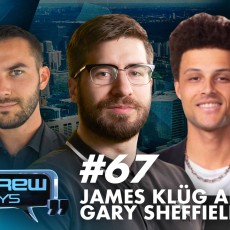 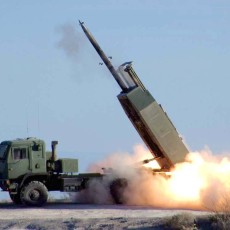 In Stunning Strategy Reversal, Pentagon Will No Longer Rule Out Use Of Nuclear Weapons Against Non-Nuclear Threat