According to “Reference News Network” reported on Nov. 25, the Hainan Provincial Government, which recently issued the “14th Five-Year Plan” to develop the financial sector in Hainan Province, revealed that the local government would carry out the digital RMB program throughout the province. The project aims to explore how digital RMB practices in different scenarios with Hainan free trade port characteristics.

According to the plan, there are four key points have been outlined. 1, Speed up the establishment of Hannan International Clearing House by relevant law and code; 2, Establish International Intelligence Property Exchange; 3, Explore the standard way of Intellectual Property Securitization; 4, Promote Hainan as the international geographical location of energy, shipping, options and commodities trade.

It is clear from the plan that the Chinese government has used Hainan, an outlying island, as a testing ground for the internationalization of the digital RMB. They will fully simulate the function of international clearing house for the digital RMB in the situation used in trading such as energy, shipping, options, property rights, and commodities. The CCP’s ambition and action to snipe the U.S. dollar and control the lifeline of the global economy through digital RMB internationalization are advancing in steps.

Remains Of 7 Marines, Sailor Who Died In Training Accident Transferred to Dover AFB 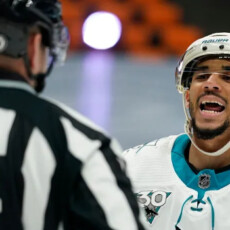 Busted: He Was Tanking his Own Games for Gambling Profit