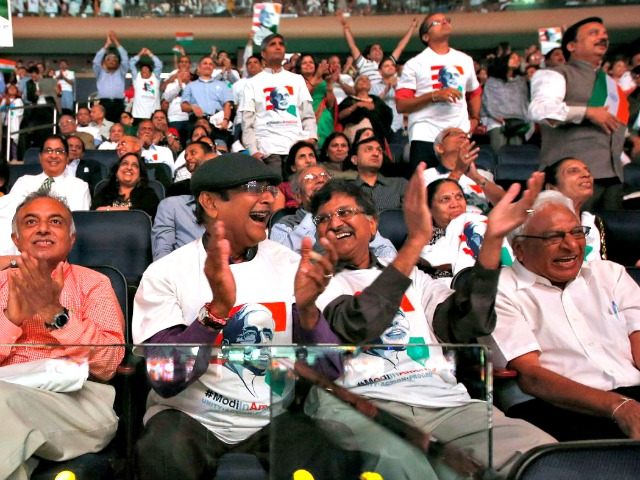 The Department of Homeland Security is recycling 14,500 unused H-1B visas to employers after worried companies declined to accept the work visas they had won in the annual lottery.

The redistributed visas will be used to import foreign workers to fill the Fortune 500 jobs that will appear when the economy recovers, said Kevin Lynn, founder of U.S. Tech Workers, a group of white-collar professionals who oppose the Fortune 500’s visa workers programs that damage their careers.

Our immigration system is on autopilot. It is not flexible, it does not make allowances for how the economy is doing, what the true labor needs are to make sure immigration is working for American employees … We need employment-visa reform that doesn’t allow for Americans to be displaced.

In April of each year, companies enter an annual lottery for 85,000 H-1B visas. The lottery allows new H-1B workers to arrive each October, so joining a growing population of at least 600,000 resident H-1B workers, many of whom are working as powerless gig-workers for subcontractors in Fortune 500 companies. Non-profits — including hospitals, research centers, and universities — can import as many H-1Bs as they wish.

In an August 14 statement to Breitbart News, the DHS’s U.S. Citizenship and Immigration Services bureau declined to say how many H-1B visas are being recycled from companies that no longer want the visas they won in the Spring:

Companies can apply for the visas under “existing statutory and regulatory requirements,” the USCIS statement said.

The unused visas are being reallocated 81 days before the election, and two days after the Department of State gutted President Donald Trump’s June 22 Executive Order barring the entry of H-1B visa workers until at least January.

The news was cheered by the immigration lawyers who bring in the white-collar workers for the Fortune 500 companies:

And, new H-1B selections flutter into the email, like snowflakes from the winter sky. Of course, @USCIS notified no one publicly it was reopening the H-1B lottery b/c not enough applications were submitted to reach the cap. Nor have the said how many new apps will be accepted.

Yes we also are seeing those

The recycled visas will be used by CEOs to replace innovative Americans with imported and compliant foreign workers, said Lynn. CEOs “want to build a serf economy — where workers work for less and accept worse conditions,” usually in the hope of getting a green card from the government, he said.

The new welcome for H-1B and other visa workers is an apparent reversal from policies Trump announced in June and early August –and from the promises that candidate Trump made in 2016.

On June 22, Trump blocked the inflow of roughly 90,000 H-1B workers until at least January 1, and he directed his deputies to rewrite the regulations to prevent H-1Bs from cutting white-collar salaries.

The policy was a late and partial implementation of Trump’s 2016 campaign trail promise, “I will end forever the use of the H-1B as a cheap labor program, and institute an absolute requirement to hire American workers first for every visa and immigration program. No exceptions,” Trump said in March 2016.

On August 3, President Donald Trump met with a group of Americans whose jobs at the Tennessee Valley Authority (TVA) were being transferred to H-1B workers. Trump said:

“The H-1B visa is sort of a Trojan horse to bring in folks who cannibalize our own workforce and ultimately take any number of intellectual property secrets, or proprietary information, back to their home countries,” White House adviser Theo Wold told Sirius XM’s Breitbart News Daily host Alex Marlow. He continued:

The visa worker pipelines are fiercely defended by Fortune 500 companies and their subcontractors, by investors, Silicon Valley CEOs, and the nations’ universities.

In addition to DHS’s second lottery of H-1 visas, officials from other agencies are opening the door to tens of thousands of excluded H-1Bs during the few months before the election.

On August 12, the three agencies responsible for approving, selecting, and admitting visa workers “gutted” Trump’s June 22 policy by creating numerous exemptions for favored H-1B, L-1, and J-1 visa workers. “You can drive a Mack truck through this,” Lynn said as he read the exemptions. “The exemptions basically cover anyone on an H-IB or a J-1 or an L-1 …. Boom! They’re in. … With all the exemptions, there is no EO — they’ve eliminated the EO through the exemptions.”

Lynn worked to highlight the TVA outsourcing and helped bring about the August 3 meeting of Trump and the TVA workers.

For years, the White House has used exemptions to defang lawsuits and media sob-stories. For example, the L-1a exemptions are engineered to minimize problems for the senior managers of foreign-owned auto factories.

But pro-migration lawyers welcomed the breadth of the exemptions:

There’s more there than just cheap labor. It could be tax evasion, indentured servitude, spying or something else. In addition, there is widespread hacking, sabotaging data stealing and complete incompetence throughout the Indian takeover of IT in America and  the world.

So far, the White House has not announced a response to the nullified rules.

The state department also noted that the number of H-1B “issuances” in 2020 had declined by roughly 60,000 for the March 1 to July 31 period, compared to 2019. The agency did not explain if the reduced number of “issuances” opened up H-1B jobs to Americans. 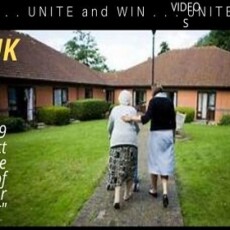 Yes, It’s Okay For Journalists To Be Biased. It’s Not Okay To Parade Lies As Fact While Silencing Debate

Selected Articles: Scary ‘R’ Us: The Exaggerated Threat of Weapons of Mass Destruction