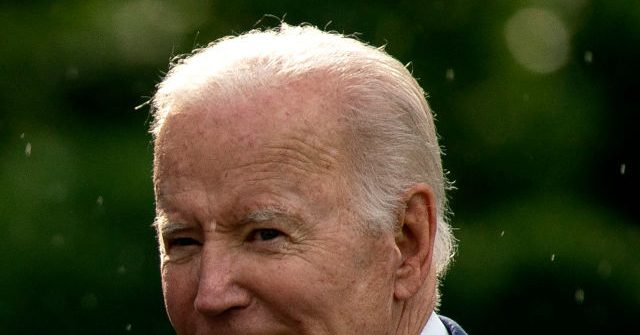 House Democrats are not convinced President Joe Biden’s gas tax holiday is the correct method to reduce pain at the pump for consumers.

While Biden is set to demand this afternoon Congress cut the 18 cents federal gas tax for three months, powerful Democrats are not as excited about the proposal as the president.

“We’re just looking at the data now. We want to see where the relief really comes, and whether it’s going to the consumers or to the [oil] companies,” House Ways and Means Committee Chair Richie Neal (D-MA) told Punchbowl News. “There is no guarantee that any sort of suspension of the gas tax will be passed on to consumers.”

House Majority Leader Steny Hoyer (D-MD) also is not convinced Biden’s gas tax holiday is the right solution, though he wants his party to “be doing something” about the gas prices that have doubled under its leadership.

“I have not been a proponent of the gas tax [holiday],” Hoyer stated. “There’s no guarantee that the sellers, either wholesale or retail, will reduce their prices. And then, of course, we’ve got to backfill [the Highway Trust Fund]. I just don’t know that it gives much relief.”

Neal also told Punchbowl that House Speaker Nancy Pelosi (D-CA) should weigh in on Biden’s proposal. “I’m not committed to it. I want to talk to the speaker about it, and we’re going to go back and forth. I want some assurance that the money is going to go to the consumer,” he added.

Pelosi weighed in Wednesday afternoon but remained noncommittal. “We will see where the consensus lies on a path forward for the President’s proposal in the House and the Senate,” she said.

Pelosi has opposed lifting the federal gas tax in the past. “We have a situation where there’s money coming out of the Highway Trust Fund, it’s going to the oil companies, they may not give it to the consumer, and it has to be paid for. … That’s the con,” Pelosi explained her thinking in March.

“As discussions on possibly suspending the federal gas tax continue, I urge my colleagues to see this for what it is: a short-sighted proposal that relies on the cooperation of oil companies to pass on minuscule savings to consumers,” DeFazio told the Hill.

“Suspending the federal gas tax will not provide meaningful relief at the pump for American families, but it will blow a multi-billion-dollar hole in the highway trust fund putting funding for future infrastructure projects at risk,” he continued.

Over in the Senate, Politico reported Sen. Chuck Schumer (D-NY) will not promise to put the gas tax holiday bill on up for a vote.

.@SenSchumer doesn’t endorse Biden’s plan for a gas tax holiday and doesn’t commit to putting a bill on the floor

If supply is not very responsive to price (the situation now) then most of the benefit of the tax cut will go to suppliers. The intuition is that if it was passed onto consumers they would want to consume more than could be produced–driving prices back up,” Furman said.

The record-high prices come as Biden has waged a war on American oil, which includes driving up private and public financing costs of oil drilling, halting drilling on public lands, and canceling the Keystone pipeline.

Biden’s anti-energy policies fulfill his campaign promises. In 2020, he told a cheering crowd that if he were to become president, he would wage a war on the American oil industry by terminating subsidies and drilling feasibility.

According to the Energy Information Administration (EIA), Americans will pay $450 more for gas in 2022 than they did last year on an inflation-adjusted basis.

Follow Wendell Husebø on Twitter and Gettr @WendellHusebø. He is the author of Politics of Slave Morality. 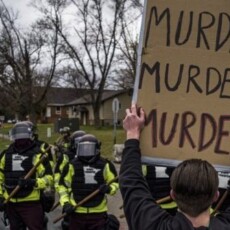