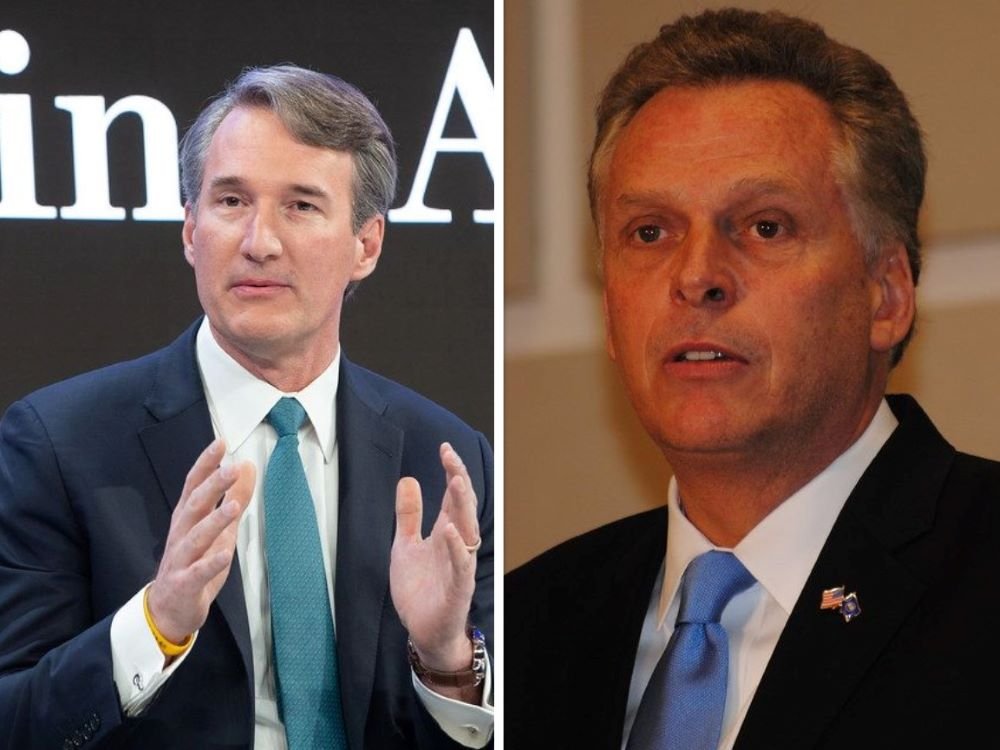 Since securing the Democrat nomination, McAuliffe has remained steadfast in bringing up the former president regularly on the campaign trail. Most recently, the former governor insinuated that a Youngkin victory in Virginia would mean backsliding to the Trump years.

“This November, Virginia has a choice: do we keep moving forward with smart Democratic policies? Or do we slide back with Glenn Youngkin and Donald Trump?” he tweeted.

This November, Virginia has a choice: do we keep moving forward with smart Democratic policies? Or do we slide back with Glenn Youngkin and Donald Trump?

The tweet from McAuliffe is one of many that the Democrat candidate has sent out in recent weeks attempting to drag Trump into the race.

We can’t let Glenn Youngkin and Donald Trump drag Virginia back. Together, we will defeat them and keep our Commonwealth moving forward. All hands on deck! pic.twitter.com/2vkE6LRodw

President Biden managed to reach a bipartisan agreement on infrastructure less than 200 days into his presidency. Trump couldn’t get it done in 4 years.

This is what happens when you elect an experienced leader with plans to lift people up.

Donald Trump, a failed and unpopular one-term President, just can’t accept the fact that the people of Virginia rejected him TWICE. So he’s back to his 2020 election LIES.

Donald, are you brave enough to come to Virginia to campaign for Glenn? Third time’s a charm. pic.twitter.com/5BOrwLm8YH

The McAuliffe campaign’s clear-as-day strategy of making the race all about Trump is hardly exclusive to the Democrat candidate, however. From the moment Virginia primary voters chose their respective nominees, left-wing media outlets have been attempting to frame the 2021 contest as a referendum on the legacy of the former president.

“There is a far-reaching and oh-so-familiar shadow stretching across Virginia’s political landscape that could have profound implications for the election of a new governor, a contest that figures to be the only major competitive race in the country this fall,” Martin wrote. “Former President Donald J. Trump won’t be on the ballot in Virginia, but his political legacy will be.”

Not to be outdone, President Joe Biden decided to jump in on the action, with the president recently appearing at a campaign event alongside McAuliffe and referring to Youngkin as “an acolyte of Donald Trump — for real.”

“I ran against Donald Trump, and so is Terry,” Biden said. “I whipped Donald Trump in Virginia, and so will Terry.”

Whereas Democrats’ messaging in the 2017 gubernatorial race was fixated on making the election a referendum on Trump’s presidency, the 2021 playbook is focused on defining the race as a referendum on Trump’s legacy. Given Biden’s electoral victory over Trump in the state by 10 points last year and the commonwealth’s continual leftward trend, it’s unsurprising Democrats are opting to campaign on “Orange Man Bad” rather than the problems facing Virginia.

“McAuliffe can’t stand on the issues, so he resorts to divisiveness and political games,” Youngkin press secretary Macaulay Porter told The Federalist. “Terry McAuliffe would rather be running against someone else because he knows he cannot win on his radical left-wing agenda.”

“Virginians are tired of the same dishonest, 40-year career politician who wants to act tough about debating, but then won’t agree to a debate this month at one of Virginia’s great historically black universities,” she added.

Meanwhile, polling on the state of the race has routinely shown that without Trump in the White House to serve as his scapegoat, McAuliffe’s advantage over Youngkin is practically nonexistent. According to a recent survey from the Trafalgar Group, McAuliffe holds less than a 2-point lead over Youngkin (46.8 to 45 percent), which falls within the poll’s 2.87 percent margin of error.

McAuliffe and Youngkin will face off at the ballot box later this year on Tuesday, Nov. 2. 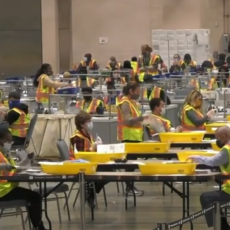