Democrat Rep. Maxine Waters of California requested an armed police escort to an anti-police protest in a Minneapolis suburb this weekend, reported Townhall. While at the event, Waters called for riots if former police officer Derek Chauvin is not found guilty for the murder of George Floyd.

U.S. Capitol police reportedly put in the request for police to accompany Waters on her trip to Minnesota to rile up demonstrators and urge them to “get more confrontational.”

Waters, who plans to stay in Minnesota through when the jury delivers a verdict, also encouraged rioters to “stay on the street” and “get more active.”

“We’ve got to get more confrontational. We’ve got to make sure that they know that we mean business,” the representative from California said.

Mere hours after Waters made her speech, two Minnesota National Guard members sustained injuries from a drive-by shooting. As noted by The Federalist, “the largest corporate outlets drew no connection between Waters’ rhetoric and the ensuing violence” despite their willingness to do so with former President Donald Trump.

Waters has received backlash in the past for encouraging people to confront Trump supporters and anyone in his administration “in a restaurant, in a department store, at a gasoline station … and tell them they’re not welcome anymore, anywhere.” She defended her most recent comments by shifting the blame on Republicans for using her rhetoric to “fit their message and their cause for denouncing us and denying us.”

“Any time they see an opportunity to seize on a word, so they do it and they send a message to all of the white supremacists, the KKK, the Oath Keepers, the [Proud] Boys and all of that …,” Waters said on Monday. “This is a time for [Republicans] to keep telling our constituents that [Democrats] are the enemy and they do that time and time again. But that does not deter me from speaking truth to power. I am not intimidated. I am not afraid, and I do what needs to be done.” 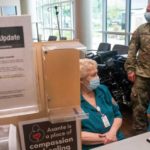 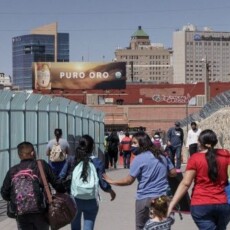