Illinois Democratic Congressman Raja Krishnamoorthi accused Tennessee Republican Sen. Marsha Blackburn of racism on Twitter Thursday, aligning himself with a representative of Chinese communist-sponsored media who also hurled insults and profanities at the sitting senator just a few hours prior.

“China has a 5,000 year history of cheating and stealing,” Blackburn wrote on Twitter Thursday. “Some things will never change.”

Apparently the statement of fact has been found controversial.

“The last thing we need is a United States Senator engaging in generalizations so racist and ignorant,” wrote back Krishnamoorti, who serves on the House Intelligence Committee.

At a time when anti-Asian hate crimes and bias are the worst we’ve witnessed in decades, the last thing we need is a United States Senator engaging in generalizations so racist and ignorant they sound like they could have been pulled from the Chinese Exclusion Act of 1882. https://t.co/0dkv8PD3w6

Krishnamoorthi’s tweet placed the Illinois Democrat in solidarity with Chinese state media coming after a communist-sponsored columnist condemned Blackburn over the same online statement, hurling sexist profanities at the Tennessee senator calling her a racist. 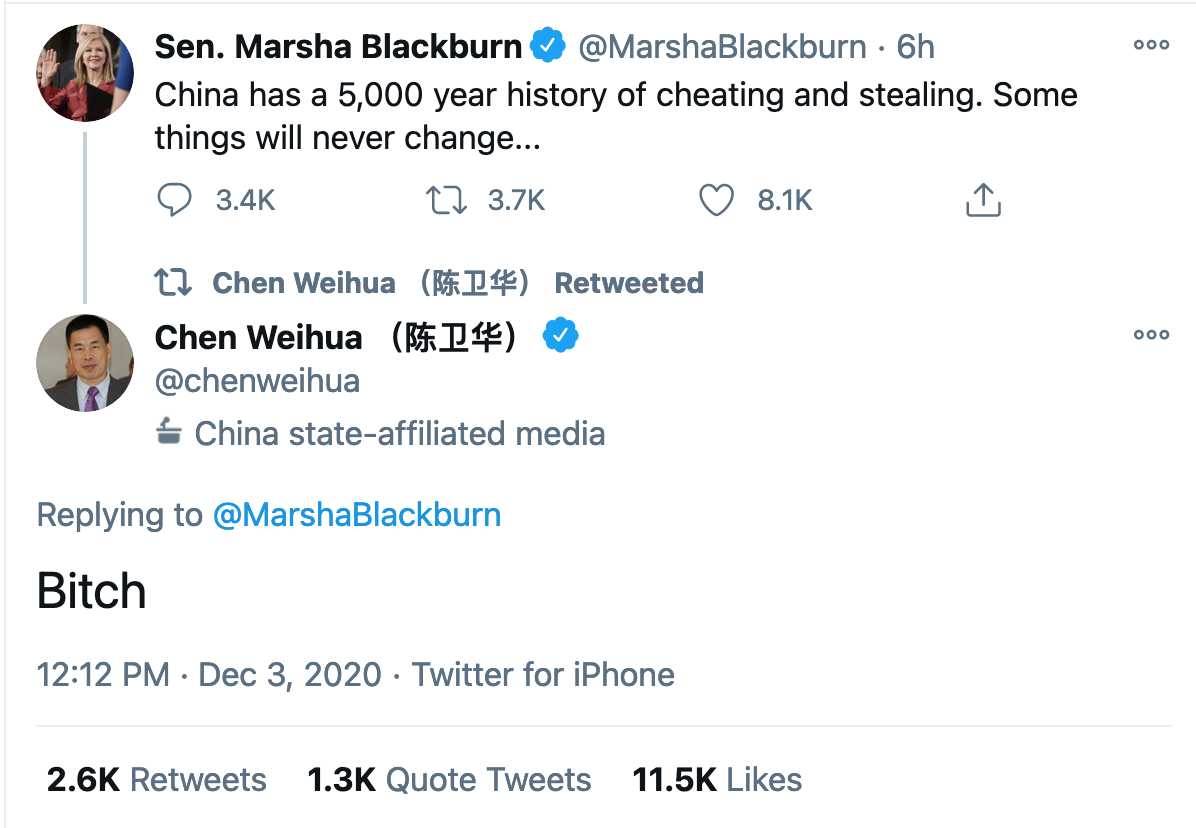 Blackburn responded, calling out the CCP’s own atrocities carried out for years on the Uyghur Muslims in East Turkistan, officially recognized as the northwest Xinjiang Province.

“From Tiananmen Square to the Uyghur genocide, Communist China is an expert at slaughtering populations,” Blackburn said in a statement Thursday. “America will not bow down to sexist communist thugs.”

Millions of Uyghur Muslims have been forced in concentration camps featuring forced sterilization and slave labor.

Congressional legislation passed overwhelming with bipartisan support in the House, 406-3, seeks to ban product imports made by forced labor.  The Uyghur Forced Labor Prevention Act, expected to be signed by either President Donald Trump or President Joe Biden, is now awaiting passage in the Senate. Major American corporations however, including Apple, Nike, and Coca-Cola, have deployed their teams of high-powered lobbyists to water down strict provisions of the bill that would curb their access to Chinese slave labor.

Lesley Stahl is so busted… 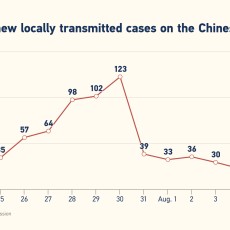 WATCH: Louisville Protesters Gather at Unitarian Church to Stay Out Past Curfew