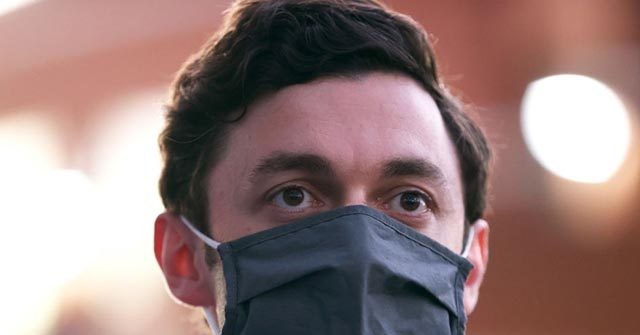 Georgia Democrat Senate candidate Jon Ossoff said on CNN’s State of the Union on Sunday that he would support a statewide lockdown of businesses to address coronavirus spread if public health experts indicate a need for “stronger mitigation measures,” remarking that “it’s time to trust the experts.”

Ossoff, who is challenging Republican Sen. David Perdue in Georgia’s race for U.S. Senate, told CNN host Dana Bash, “The problem we’ve had all year is that politicians have been suppressing and ignoring public health advice. It’s time to trust the experts, listen to public health professionals in a public health crisis.”

Bash said the White House Coronavirus Task Force has already indicated that “this is the moment to dramatically increase mitigation” due to a resurgence of the virus. Bash asked Ossoff, “So would you support harsher restrictions in Georgia, like closing restaurants and businesses temporarily?”

The Georgia Democrat responded, “I think we should follow the expertise of public health experts like those of the CDC, which is based here in Georgia, and if that is the consensus of the public health community, we need to take that advice very seriously.”

Bash further pressed, “So if they said, ‘Shut things down temporarily,’ you’d be all for it?” to which Ossoff replied, “If the CDC and its leadership gave us strong indication that those kinds of stronger mitigation measures are necessary to save lives and contain the spread of the virus, it would be malpractice for politicians to ignore that advice.”

Ossoff said the spread of the virus “is out of control” and claimed people, including incumbent Perdue, have disregarded advice of public health experts. “The problem is we’ve ignored the public health experts, so I’ll be listening to them and not to political consultants, pollsters, or folks looking out for their own financial interests, like my opponent.”

Perdue has advocated for a phased reopening of businesses and described the lockdown measures Ossoff supports as “overarching” following Ossoff’s CNN interview:

If you think the overreaching lockdowns in states like New York and California are scary, know that Jon @Ossoff would support the very same policies – for the entire country. pic.twitter.com/RADSX01uMO

In the same interview, Bash also asked Ossoff about his recent endorsement from Sen. Bernie Sanders (I-VT), a self-proclaimed democratic socialist, and whether Ossoff wants Sanders to campaign with him in the weeks leading up to the January 5 Senate runoff election. Ossoff said that while he has not had that conversation with Sanders, he welcomes Sanders’ support.

“On January 5th, Georgians have a clear choice between socialism and freedom,” Sigler said. “Jon Ossoff supports a national lockdown and seeks to keep the entire country shut inside until we are completely dependent on the federal government for everything. … We must reject Jon Ossoff and the radical Democrats’ socialist agenda.”

Alexandria gets emotional on the House floor… 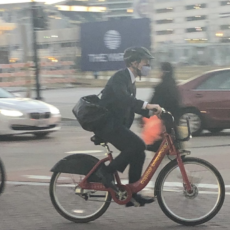 Clown Show: Pete Buttigieg ‘Bikes’ To Work After SUVs Drive Him Part Of The Way